Ankita Lokhande shares throwback pic from Pavitra Rishta season 1; writes, 'This is how I used to sleep'

Ankita Lokhande took to her official Instagram handle to share the throwback picture where she can be seen napping on the sets of Pavitra Rishta. The first season of the show featured Sushant Singh Rajput opposite her. Scroll down to read more.

New Delhi | Jagran Entertainment Desk: Ankita Lokhande is all set to be back with her much-awaited daily soap, Pavitra Rishta 2. And as soon as the announcement was made, people went gaga over the news and started expressing their excitement for the same.

Ever since Ankita has also been sharing some of the posts related to the upcoming show. Apart from her photo with Shahee Sheikh (who's going to play the lead opposite her in replacement of late actor Sushant Singh Rajput), the actress shared an old throwback picture of herself where she can be seen napping on the sets of the show's first season.

The pic features Ankita dressed in a yellow sari sleeping on a couch.

Dropping the pic in one of her Instagram stories, she wrote, "This is how I used to sleep during Pavitra Rishta." She also added: "I miss u Archu." 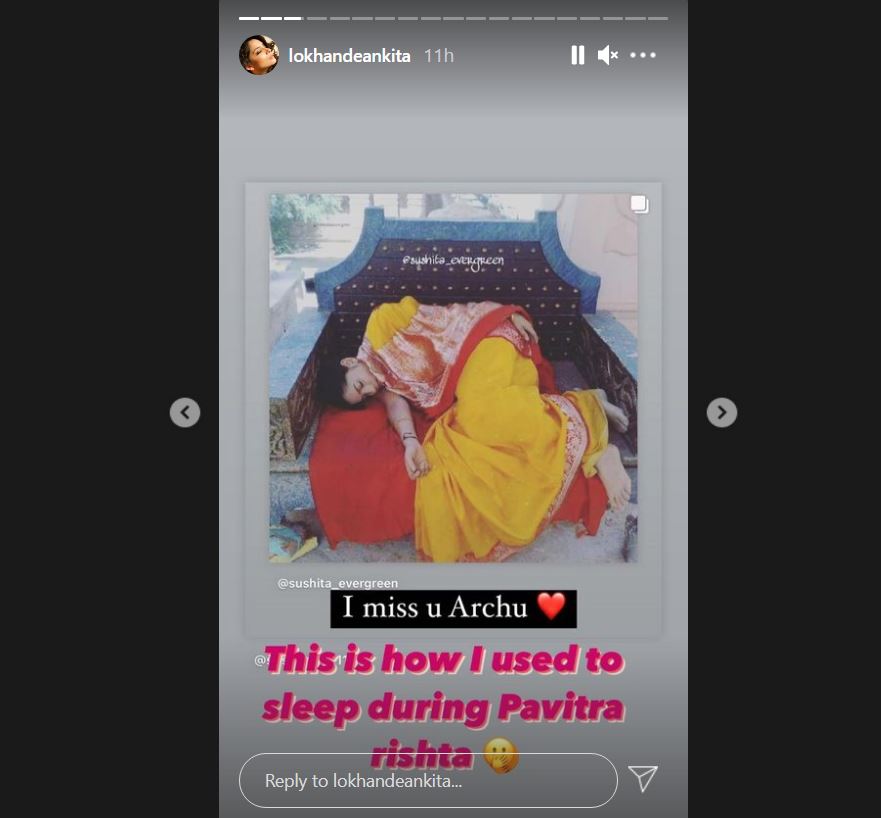 For the universe, Pavitra Rishta 2 has gone on floors and will star Shaeer Sheikh and Ankita Lokhande in the lead roles.

Meanwhile, the last season of the TV serial, aired in 2009, was produced by Ekta Kapoor's Balaji Telefilms. It starred late actor Sushant Singh Rajput as Manav (lead) opposite Ankita (Archana), which led the couple to become a famous name in showbiz.

Talking about Pavitra Rishta 2's telecast, the show will release on OTT platforms ZEE5 and ALTBalaji. The previous season ran for 1424 episodes and became a massive hit among the masses.