Bollywood megastar Amitabh Bachchan and his son Abhishek have tested for the highly contagious coronavirus.

Mumbai | Jagran News Desk: Bollywood megastar Amitabh Bachchan, who is commonly known as “Big B” and his son Abhishek have tested for the highly contagious coronavirus and have been admitted at the Nanavati Hospital in Mumbai. The actor’s condition, however, is stable and he is currently admitted at the isolation unit of the hospital, said the Public Relation Officer (PRO) of the Nanavati Super Specialty Hospital in Mumbai, as reported by news agency ANI.

Here are ten things you need to know:

* Amitabh, who has been hailed as one of the best actors of the Bollywood, shared the news on Twitter and appealed those who have been in close proximity to him in the last 10 days to get themselves tested for the infection. Amitabh also posted a picture of him from the hospital and said, "This evening I tested positive for COVID 19 .. have been shifted to Hospital .. authorities informed .. family and staff tested results awaited .. all those that came in close proximity to me in the last 10 days please get yourself tested".

* Soon after this, his son Abhishek also took to Twitter to inform that he and his father have tested positive for the novel infection, adding that the BMC has been in touch and they are complying with them.

This evening I tested positive for COVID 19 .. have been shifted to Hospital .. authorities informed .. family and staff tested results awaited .. all those that came in close proximity to me in the last 10 days please get yourself tested

* “Earlier today both my father and I tested positive for COVID 19. Both of us having mild symptoms have been admitted to hospital. We have informed all the required authorities and our family and staff are all being tested. I request all to stay calm and not panic. Thank you,” Abhishek tweeted.

* According to a report by India Today, Amitabh had been complaining of breathlessness over the last couple of days, following which he took a COVID-19 test. The report claimed that Amitabh himself chose to make the announcement and inform his fans that he has test positive for coronavirus.

* Meanwhile, his fans, politicians and Bollywood celebrities posted their best wishes for the star. Union Health Minister Harsh Vardhan, Union Civil Aviation Minister Hardeep Singh Puri were among those who wished Amitabh Bachchan and his son a speedy recovery.

* On Sunday, the officials of the Brihanmumbai Municipal Corporation (BMC) also put a banner outside 'Jalsa', the residence of actor Amitabh Bachchan in Mumbai, to define it as a containment zone. 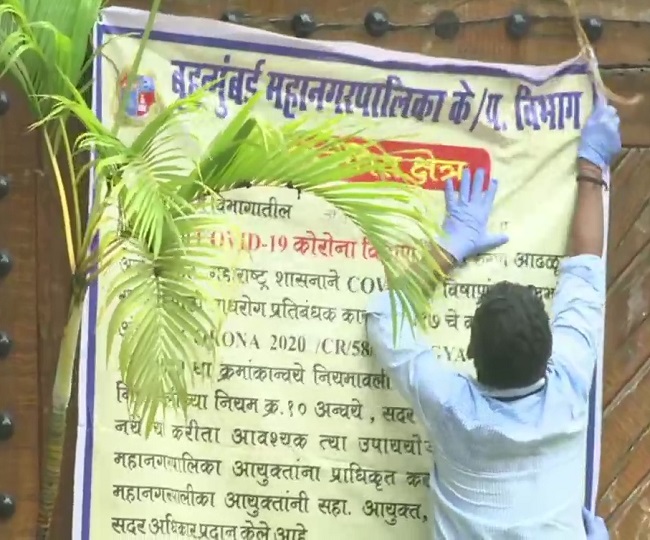 * Amitabh Bachchan, who has been active on social media, was roped in by the government in March to help spread awareness about the coronavirus crisis. The 77-year-old actor has been frequently posting on Twitter and Instagram as well as his blog, sharing advice on a range of issues.

* Big-B, however, has a plethora of health issues. The actor was diagnosed with tuberculosis in 2000. He, however, recovered from it within a year. He had contracted Hepatitis B virus while undergoing treatment for his near-fatal accident in 1982.

* Amitabh Bachchan was last seen in Shoojit Sircar's “Gulabo Sitabo”, which released on streaming platform Amazon Prime Video last month. The 77-year-old actor will next be seen in Chehre, Brahmastra and Jhund.