Amid Dating Rumours With Tamannaah Bhatia, Vijay Varma Reveals Who Is His 'Lunch Date' | See Here

Vijay Varma reacts to his dating rumours with Tamannaah Bhatia on Twitter in the most 'savage' way.

Vijay Varma has been hitting the headlines these days because of the rumours about his relationship with Tamannaah Bhatia. The rumours surfaced when the two were spotted together at several events. Vijay has finally reacted to the reports of him dating Tamannaah on social media.

The paparazzi spotted Vijay and Tamannaah getting out of a car and a report claimed that the two were out for a lunch date. Reacting to the report, Vijay shared a picture with filmmaker Sujoy Ghosh and wrote, "My lunch date‍ @sujoy_g." 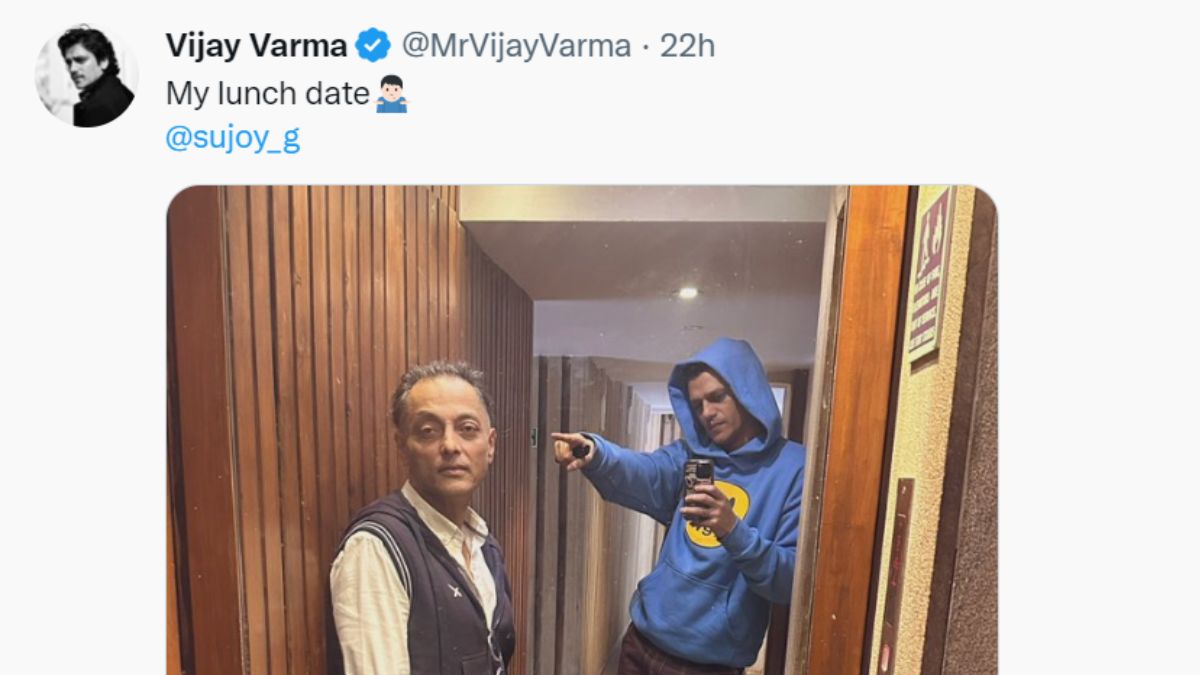 Vijay and Tamannaah will reportedly be working with Sujoy Ghosh in Lust Stories 2.

Tamannah was last seen in Plan A Plan B and Babli Bouncer. She will be next seen in the Telugu film Bhola Shankar. Moreover, she will star in the Hindi film Bole Chudiyan with Nawazuddin Siddiqui.

Talking about working with director Madhur Bhandarkar in Babli Bouncer, Tamannaah expressed her admiration for him.

"I got lucky. He is one of the filmmakers by whom I have been very inspired because he is the OG person who kind of did a lot of female lead films and all his female lead films are so memorable. Not just the films, but even the music, like I remember the tune of Fashion and the songs of Fashion, they were part of my playlist for a very, very long time. So I admired him on so many levels that I was like 'apna time aagaya hain'," she said as quoted by India Today.

Meanwhile, on the work front, Vijay Varma was last seen in Darlings, along with Alia Bhatt, Shefali Shah and Roshan Mathew. The movie was produced by Alia's own production house 'Eternal Sunshine Production' in collaboration with Red Chillies Entertainment. Darlings is streaming on Netflix.

He was recently shooting for another Netflix film 'Devotion of Suspect X', which also stars Kareena Kapoor and Jaideep Alhawat. The star cast has wrapped up shooting for the film and the movie will release on Netflix.