Alia Bhatt and Shah Rukh Khan starrer Dear Zindagi complete 6 years today. Portraying the characters of Kiara and Dr. Jehangir, the film was helmed by Gauri Shinde. 'Dear Zindagi' reminds us to look deeper inside us than the everyday chaos around us.

From Alia Bhatt's 'Just Go To Hell Dil' dance to Shah Rukh Khan's important life lessons, this age-drama film proves that the world of cinema is much more than just a source of entertainment in our lives but the best teacher as well.

'Dear Zindagi' clocked six years today when the film was released on November 25, 2016, paving the way for Alia Bhatt in the most special manner. Taking a memory lane, Alia Bhatt took to her Instagram a beautiful story and marked the sixth anniversary of the film.

The actress shared a breathtaking view of her balcony and wrote '#6yearsofDearZindagi'.' Alia also shared various fan-made videos and pictures of the film celebrating her excitement and happiness. 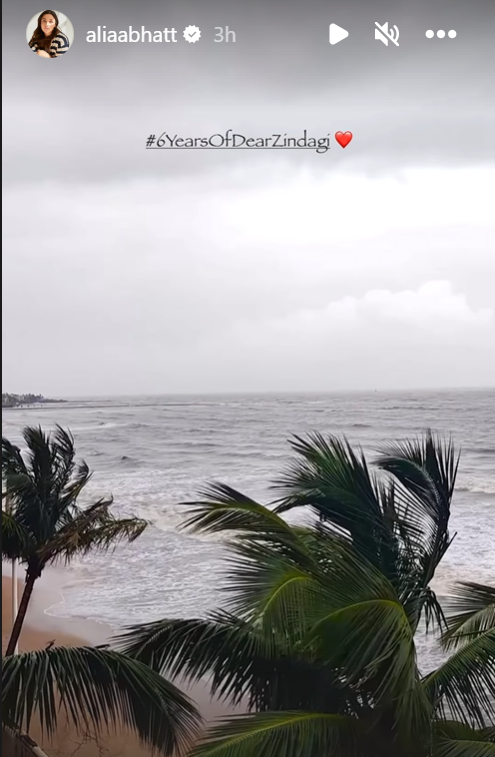 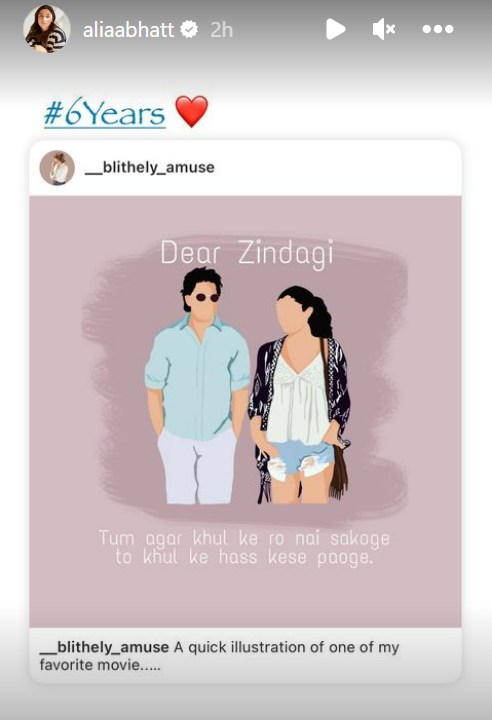 'Dear Zindagi' touches on the crucial subjects of insomnia, depression, and mental health, following the life story of Kiara portrayed by Alia Bhatt a cinematographer by profession. Having a successful career she struggles in her personal life in keeping pace with her parents, friends, and boyfriend.

As life gives her curve balls, she seeks therapy and meets Dr. Jehangir portrayed by Shah Rukh Khan. The unconventional methods of treating his patients and helping them cope better teach the audience various aspects and situations in life.

Meanwhile, Alia Bhatt is prepping up for her upcoming release 'Rocky And Rani Ki Prem Kahani', whereas her Hollywood debut 'Heart Of Stone.' Shah Rukh Khan on the other hand is all set for his upcoming release, 'Pathaan' in January 2024 and also has 'Jawan' and 'Dunki' in their production stage.