New Delhi | Jagran Entertainment Desk: The last-minute preparation of this year's big fat wedding is underway as Vicky Kaushal and Katrina Kaif are set to tie the knot at the Six Senses Resort, Fort Barwara in Sawai Madhopur, Rajasthan on December 09. However, ahead of the wedding, Vicky's ex-girlfriend Harleen Sethi took to her social media handle and shared a cryptic post. 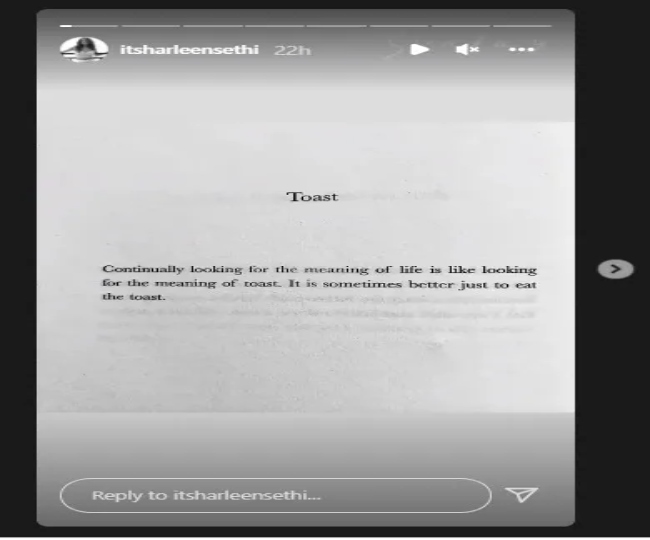 Vicky and Harleen have had a well-known relationship. During Vicky's appearance on Karan Johar's Koffee with Karan and Neha Dhupia's 'No Filter Neha' show, the actor has confirmed that he was dating Harleen Sethi. The duo parted their ways in 2019 and kept the reason behind their breakup a secret. At that time, it was reported that the Broken but Beautiful actress mentioned that after the release of Uri, Vicky Kaushal changed a lot.

Earlier it was reported, that just like Katrina choose not to invite either Salman or Ranbir, Vicky too has decided to not call Harleen to his wedding. A friend of Harleen and Vicky has also revealed Harleen's state of mind and said “Harleen has moved on, in a true sense. She has deep-dived into work. She is very excited about Ekta Kapoor’s ‘The Test Case 2’ wherein the second part will revolve around her similar to how the first revolved around Nimrat Kaur. Apparently, she recently shot for a song in a film. She is in advanced talks for another web show. And of course, she was praised a lot for Ekta’s web show ‘Broken But Beautiful.”