In the video, Payal is claiming that she was entering her car when some men hit her head with a bottle. The actress even said that it seemed like a preplanned acid attack. Scroll down to know more and watch the video.

New Delhi | Jagran Entertainment Desk: Actress Payal Ghosh recently experienced an alleged acid attack in the wee hours when she stepped out. Yes, the 'Patel Ki Punjabi Shaadi' fame claimed that she was attacked with acid by some masked men when she was returning home after purchasing medicines in Mumbai.

A video is circulating on social media where she can be seen talking about the incident that how a few masked men attacked her with a rod and a bottle that probably had acid. Take a look:

Talking to IANS she said, "I was travelling out for medicines after 10 pm. I was in my driving seat and some people with masks came and attacked me."

She suspected that it was a preplanned attack and has spoken about taking a strict action. Payal said: "Obviously, he is not a well-wisher but it's all planned." She further added, "I'm planning to take strict action on this."

She shared that she was hit on the "head" as well. "They hit on my head with an iron rod, I panicked and I shouted and the rod fell on my hand, they apparently had acid in the bottle," she added.

Payal said, "I can't get out of it, It's like a mental trauma. Thank God it was a public place and I shouted and these masked guys got scared."

She had also given an update about her injury on her Instagram stories. "I couldn't sleep the whole night, out of pain," she captioned the image. 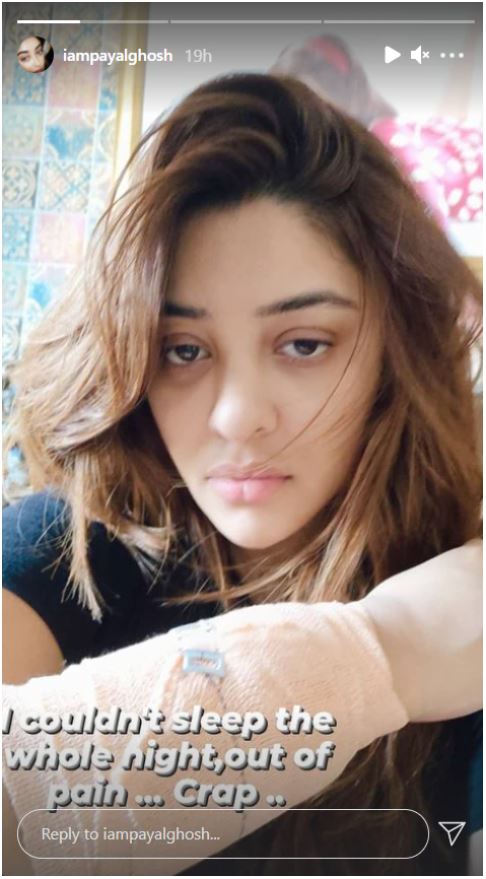 Meanwhile, Payal has been a part of many controversies, including the one where she had accused filmmaker Anurag Kashyap of sexual harassment in 2020.