Aayush Sharma And South Superstar Jagapathi Babu Team Up For 'AS04'

Aayush Sharma starrer 'AS04' has welcomed a new member on board. The actor announced the inclusion of veteran South Indian megastar actor Jagapathi Babu for a pivotal role in the film. Aayush Sharma took to his Instagram handle where he updated a heartfelt post for the actor and announced their new venture.

Emerging as one of the most anticipated films, 'AS04' marks the fourth film of Aayush Sharma in Bollywood. As the actor took to his social media and announced the news of welcoming Jagapathi Babu to the cast, Aayush Sharma wrote, "From being a fanboy to finally sharing the screen with you. My Privilege is to welcome you on board #AS04 @iamjaggubhai_, sir. #AS04 in Cinemas 2023."

According to a report cited by Bollywood Hungama, Jagapathi Babu also came forward and expressed his excitement and gratitude to be a part of the film. The actor said, "AS04 is a very interesting film. Despite being guided by an extremely exciting and refreshing approach, it is predominantly held by the fundamental traits of a typical Indian masala genre, making it a promising entertainer."

The actor further added, "I am immensely glad Aayush and the team of AS04 approached me, and I discovered the gem of a performer that Aayush is. The hard work, dedication, and knowledge that he brings to the table are truly remarkable and I am enjoying every moment of working with him."

Earlier, Aayush Sharma also unveiled the first look of 'AS04', on his birthday which showcased his unmatchable swag and enigma on the screen. Having a jam-packed punch of style and poise in the teaser, his fans are in high anticipation for the film's release.

Aayush Sharma will be sharing the screen with the former Miss India United Continents 2015, debutante Sushrii Mishraa. Currently being filmed in Mumbai, 'AS04' will be set to get released on the screens next year. 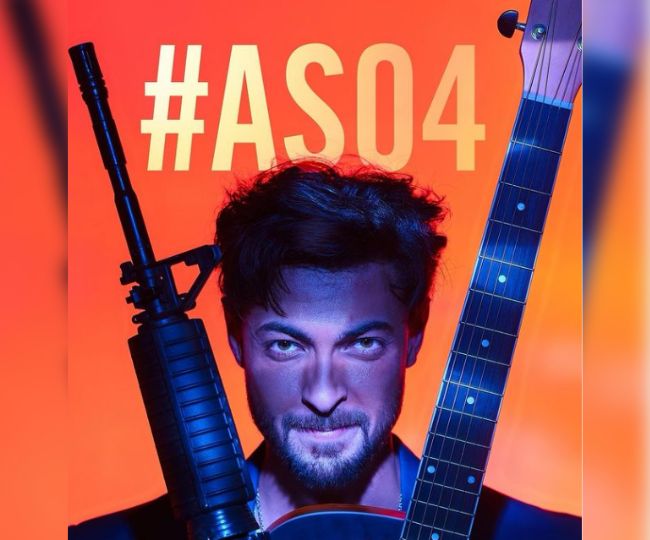 'AS04' is backed up by producer KK Radhamohan, under the banner of Sri Sathya Sai Arts, and is helmed by Katyayan Shivpuri.