Earlier, Rubina Dilaik and Paras Chhabra shared a video in which they asked their fans to guess what would be the title of their song. They gave several hints to the fans and many of them were able to guess the song's name correctly.

New Delhi| Jagran Entertainment Desk: The winner of Bigg Boss 14, Rubina Dilaik is leaving no stones unturned to entertain her fans. Be it featuring in songs or by just dropping bomb pictures, she is making sure to keep her fans hooked. Well, the actress was last seen in Neha Kakkar's song in which she shared the quirky chemistry with her husband Abhinav Shukla. Looks like, she is set to treat her fans with yet another song, and this time she will share the screen space with Paras Chhabra.

Taking to Instagram, Rubina shared the first look of her upcoming song Galat. The song is crooned by Asees Kaur and it features Bigg Boss fame Paras Chhabra in it. From the first look of the song, Rubina was looking tensed, whereas, Paras was giving the side smirk and it looks like the song is about heartbreak, jealously, toxicity, among others.

As soon as she shared the first look of the song Galat, fans bombarded the comment section with heartfelt comments. Some of the users even wrote that they just can't wait for the release of the song. Many said that the makers of the song should release the song today itself. 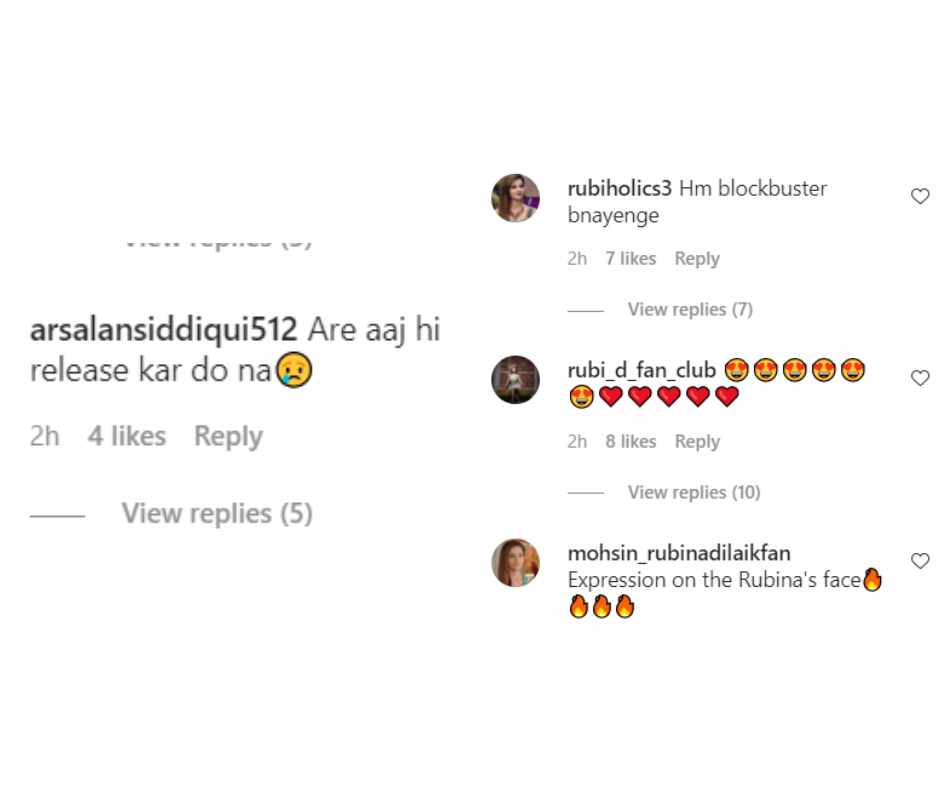 Earlier, Rubina and Paras shared a video in which they asked their fans to guess what would be the title of their song. They gave several hints to the fans and many of them were able to guess the song's name correctly. They shared the video with the caption, that read, "o here is the SURPRISE. Can you guess the name of our song? #ComingSoon (sic)."

The song is set to release on April 6 at 11 AM, and Rubina, Paras' fans are very excited about it.

What do you think about the first look of the song? Do let us know in the comment section.