West Bengal Assembly Elections 2021: For this phase, the election commission has said that 796 companies of central forces have been deployed to ensure free and fair voting.

For this phase, the election commission has said that 796 companies of central forces have been deployed to ensure free and fair voting. It has said that security has been beefed up across the state particularly after the Cooch Behar incident on April 10 that claimed the lives of five people.

18:35 pm: Voting for the seventh phase of the West Bengal Elections2021 concludes.

18:07 pm: This West Bengal election was unprecedented and unique in its own way. With a lot of maturity, in spite of all provocations, a high standard of electioneering maintained by BJP. TMC displayed the lowest level of ethics, immature, provocative electioneering, says BJP President JP Nadda.

18:00 pm: In this election, Mamata Ji tried to create false narratives. But I salute the electorate of Bengal who rejected these narratives and gave their support and blessings to BJP, says BJP president JP Nadda.

14:42 pm: During the campaign for the eight-phase elections, which comes to an end on Monday, Mamata Banerjee has made all efforts to mislead the people of Bengal and to instigate them using issues like insider-outsider and culture, says BJP President JP Nadda.

13:38 pm: According to a report by India Today, former West Bengal Chief Minister Buddhadeb Bhattacharya will not cast his vote this year. The report said that he is unwell.

12:32 pm: Chanchal recorded the highest percentage of voters among all constituencies at 48 per cent while Rashbehari and Bhowanipore recorded 27.45 per cent and 28.31 per cent respectively.

12:30 pm: Among the districts, Murshidabad recorded the highest turnout with 42.41 per cent, while Malda and Dakshin Dinajpur registered 39.96 per cent and 39.70 per cent respectively.

#WestBengalElections2021 | A BJP polling agent Sankar Sakar alleges he was forcefully pushed out of booth no.91 by TMC members and made to leave the spot in Bakhra village of Ratua, Malda. A TMC member says, "He is not a voter here so we asked him to leave respectfully"

10:49 am: Agnimitra Paul, BJP candidate from Asansol Dakshin Assembly constituency in Paschim Bardhaman, says that TMC polling agent was wearing a cap with CM's photo on it at polling booth in Baktarnagar High School.

"Presiding officer says that he's unwell and didn't see it," she says.

"EC has said that you can't wear anything that has your party's symbol or a political leader's picture. This is Mamata Banerjee's trick. She knows people won't vote for her. Her time is up. The agent says that he didn't know about it. I will complain," she added. 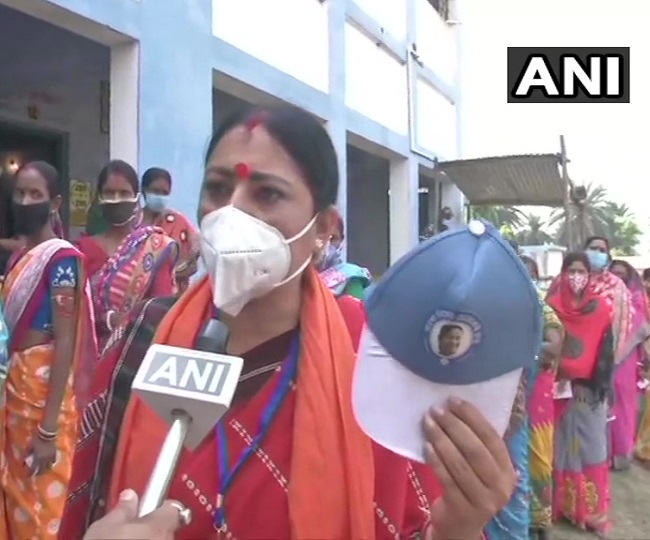 9:30 am: Wherever I've been campaigning I've seen people's support for only one face-our CM's...Why was EC sleeping all this while? When PM decided he won't hold any public meetings, EC decided to call off all public meetings. It listens to PM and HM more than anyone else, says TMC leader Nusrat Jahan Ruhi.

9:12 am: People queue up outside a polling booth in Murshidabad. 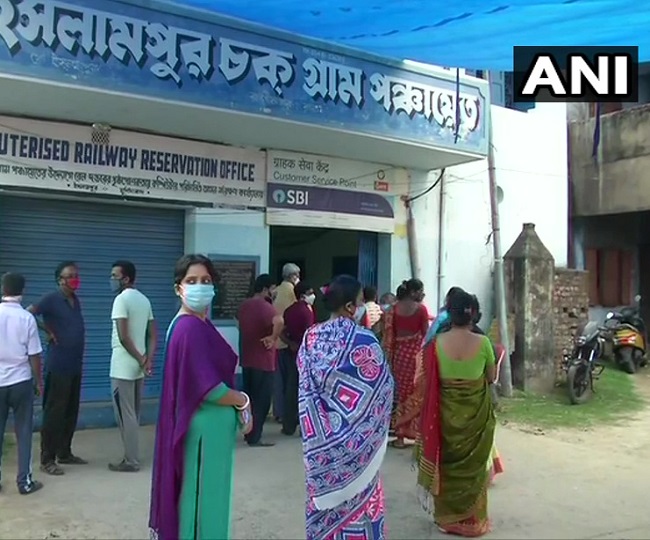 8:33 am: TMC MP Abhishek Banerjee casts his vote at Mitra Institution in Bhowanipore.

"Extremely confident that Mamata Banerjee will be back with 2/3rd majority...People are dying but EC is conducting 8-phase polls to benefit a party," he says. 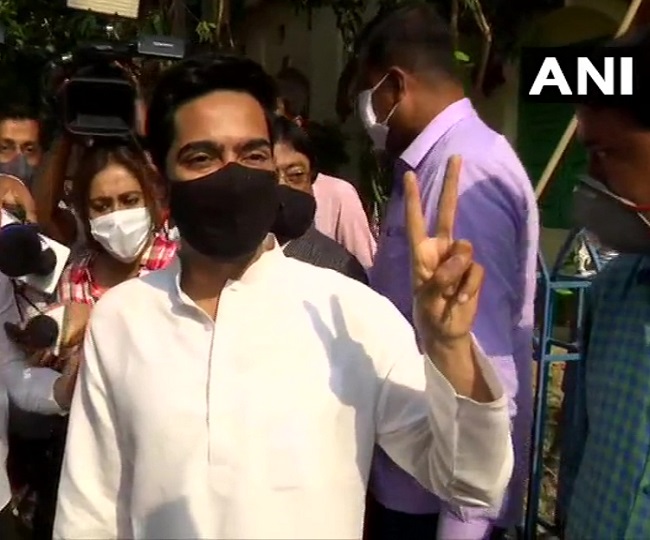 8:08 am: TMC candidate from Bhowanipore constituency Sobhandeb Chattopadhyay cast his vote at the polling booth at Manmatha Nath Nandan Boys And Girls School.

"People will vote for Mamata Banerjee, her projects, her development has reached all homes. This election is being held on those issues. I have been in politics since 1962. This is the first time I am voting for myself," he says.

"The seventh phase of the West Bengal elections takes place today. Urging people to exercise their franchise and follow all Covid-19 related protocols," he tweeted.

7:15 am: People cast their votes for the seventh phase of West Bengal Assembly Elections 2021 today. Visual from Samsi Primary School - designated as booth number 142/142 A - in Ratua constituency of Malda district. 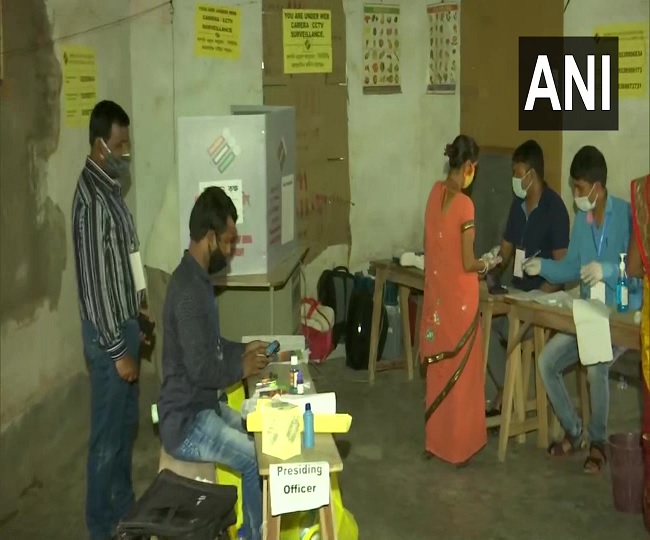 7:10 am: To maintain law and order, the election commission has deployed 796 companies of central forces for this phase.

7:05 am: The seventh phase of polling in West Bengal will be held across 12,068 polling stations.

7:00 am: The seventh phase of polling that will decide the fate of 284 candidates begins in West Bengal.