Kolkata | Jagran News Desk: With West Bengal Assembly Elections 2021 around the corner, politics over Netaji Subhash Chandra Bose has intensified as both the Bharatiya Janata Party (BJP) and Trinamool Congress (TMC) attacked each other on Saturday, trying to woo the voters in the state. While Prime Minister Narendra Modi visited Kolkata and address an event there, Chief Minister Mamata Banerjee refused to speak at the program after a section of crowd raised slogans of 'Jai Shree Ram'.

18:01 pm: From LAC to LoC, the world is witnessing the powerful avatar of India that was once envisioned by Netaji. India today is giving a befitting reply wherever attempts are made to challenge its sovereignty, says PM Modi.

17:48 pm: Netaji Subhash Chandra Bose used to count poverty, illiteracy, disease, among the biggest problems in the country. These problems can be solved if society comes together to solve, says PM Modi.

17:36 pm: Netaji's life, work and decisions are an inspiration for all of us. Nothing was impossible for a person with such steely resolve, says PM Modi

17:27 pm: The country has decided that from now we will celebrate Netaji's birth anniversary (January 23) as 'Parakram Divas', says PM Modi.

17:19 pm: I think government's program should have dignity. This is not a political program....It doesn't suit you to insult someone after inviting them. As a protest, I won't speak anything: CM Mamata Banerjee after 'Jai Shree Ram' slogans were raised when she was invited to speak. 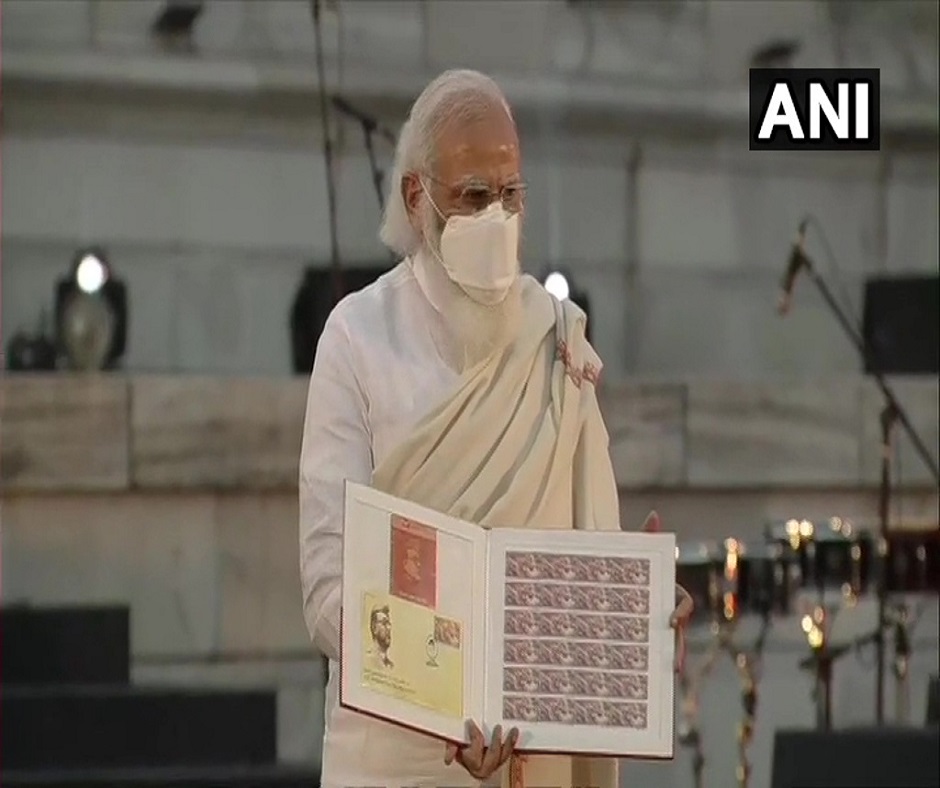 #WATCH | 'Halwa Ceremony' held at Finance Ministry in Delhi to mark the beginning of printing of documents relating to Union Budget 2021-22. pic.twitter.com/a8rv20OhYt 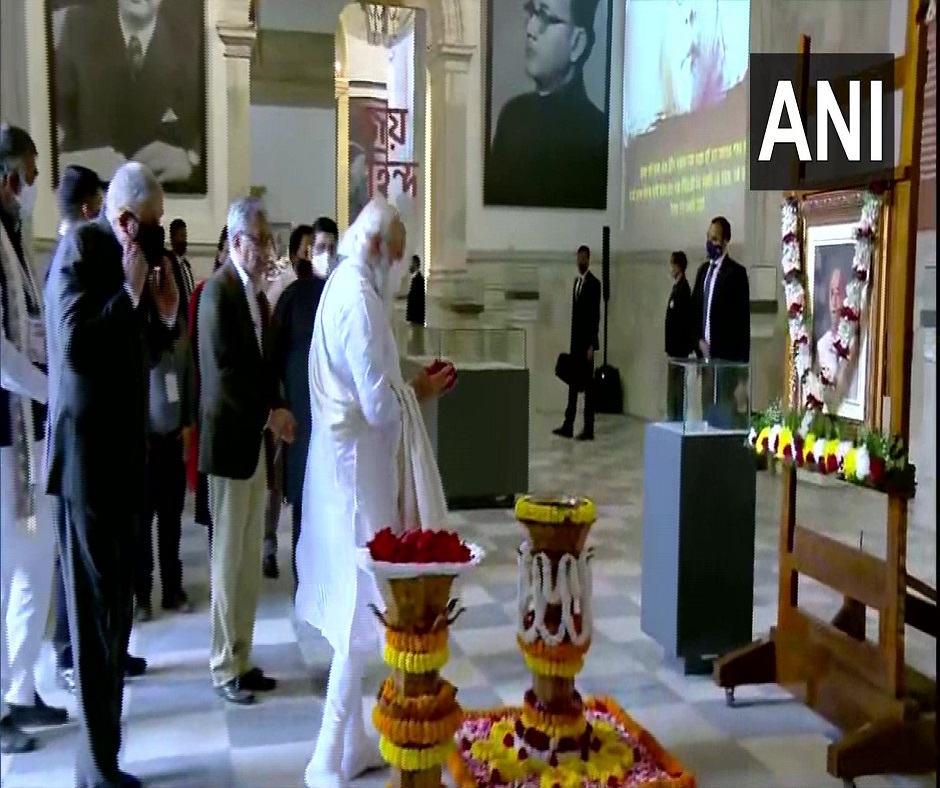 16:15 pm: PM Modi interacts with artists and delegates at National Library in Kolkata. 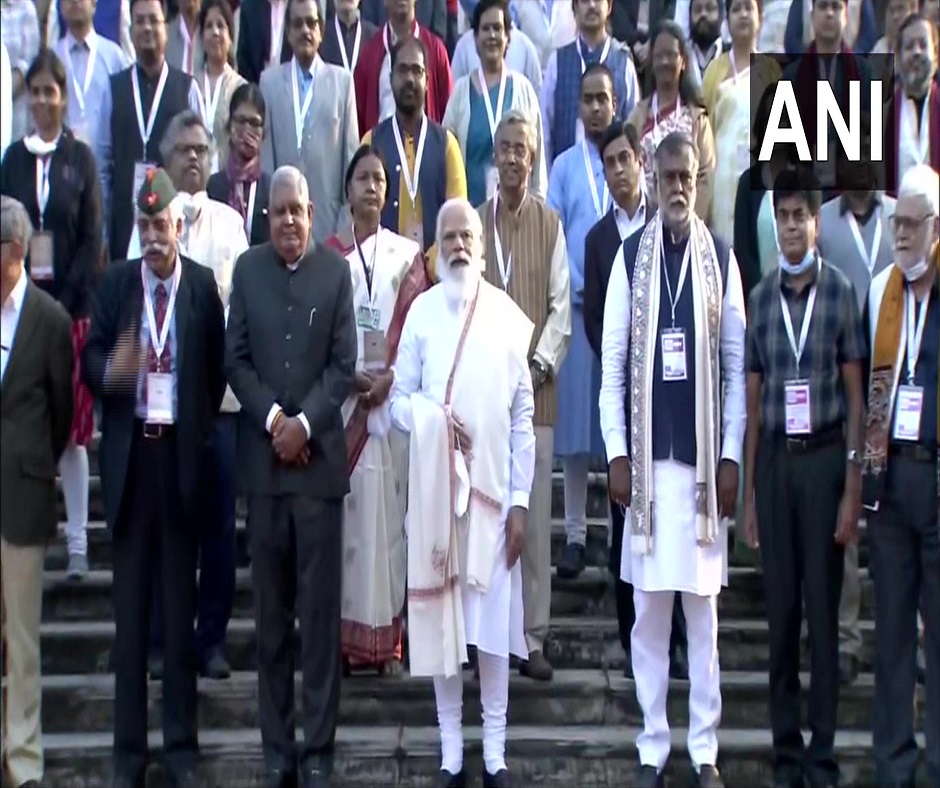 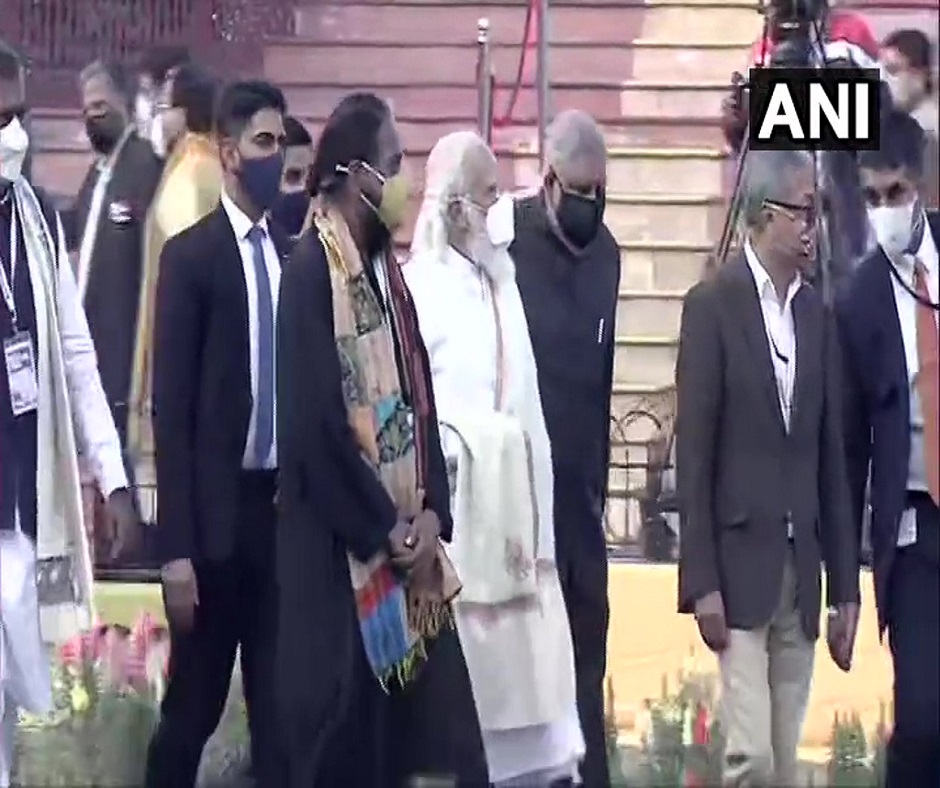 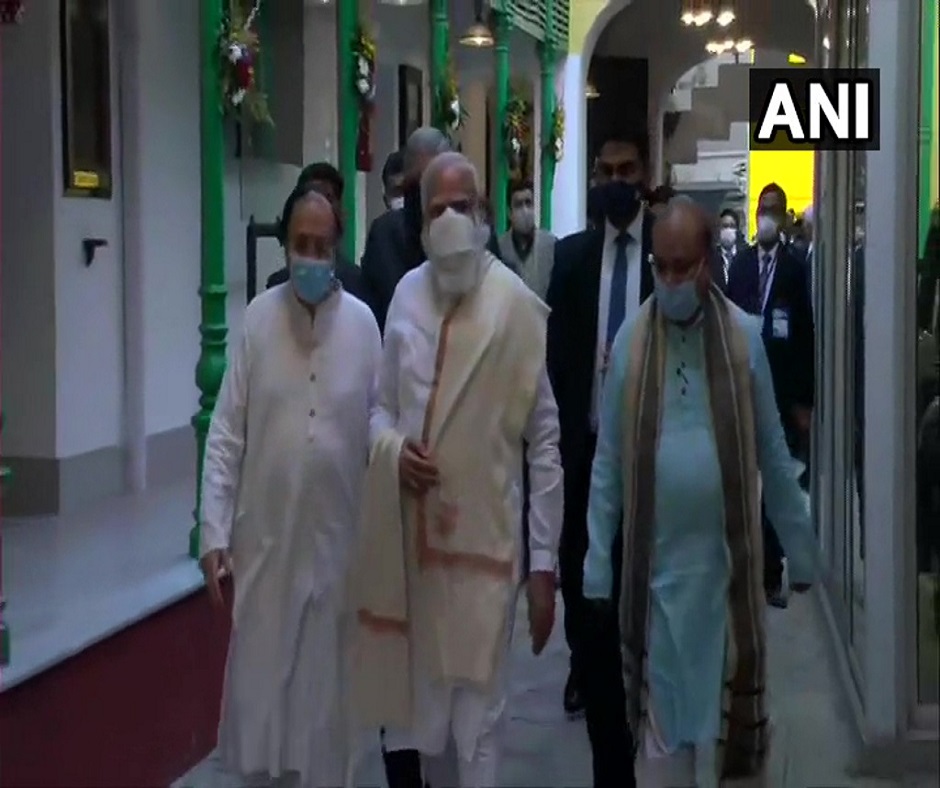 15:09 pm: Just In: PM Modi has arrived in Kolkata. He will address a rally shortly there.

14:19 pm: It is a good decision by Centre to celebrate Netaji's 125th birth anniversary as Parakram Diwas across the country. Many people sacrificed their lives in freedom struggle of India but the final fight was fought by Azad Hind Fauj, says Grandnephew of Subhash Chandra Bose CK Bose.

13:15 pm: I don't understand the word 'parakram'... I understand his (Netaji's) 'desh prem'. Netaji is a philosophy... an emotion... he believed in the unity of religions, says Mamata Banerjee.

Why have we declared today 'Deshnayak Diwas'? Because Tagore gave him the title... because Netaji gave Tagore's song recognition as anthem, she added.

13:13 pm: BJP workers attacked allegedly by TMC workers in Howrah. "Our workers were attacked today. If TMC wants this kind of politics, then, an answer will be given to them in the same language," said a local leader. 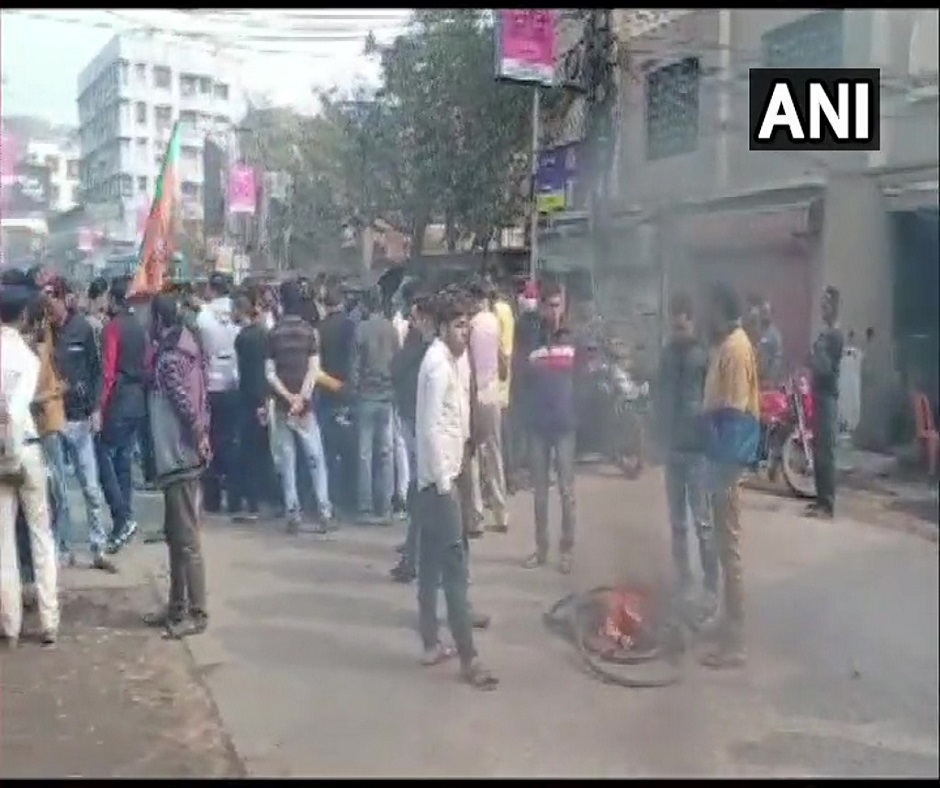 #VIDEO | West Bengal CM #MamataBanerjee leads a march from Shyam Bazaar to Red Road in Kolkata, on the occasion of 125th birth anniversary of #NetajiSubhashChandraBose

12:21 pm: Mamata Banerjee will lead a march from Shyam Bazaar to Red Road on the occasion of 125th birth anniversary of Netaji Subhash Chandra Bose.

Netaji had foresight to conceptualise a Planning Commission and the Indian National Army before Independence. They claim idolising him but scrap the Planning Commission. We're celebrating it as a grand occasion because of his 125th birth anniversary, she says.

12:09 pm: The way the Assam government handled COVID19 is praise worthy. I am confident that Assam will take forward the vaccination drive now. I appeal to all to get vaccinated, said PM Modi.

11:56 am: The Centre-State double engine government is working to supply running water to all the households of the state, says PM Modi.

11:56 am: The fast-paced development of Assam in very important to us. The way to 'Atmanirbhar Assam' is through 'Atmavishwaas' (self-confidence) among the people here. 40 per cent of the state's population is taking benefit of 'Ayushmaan Bharat' scheme of the Central government, says PM Modi.

11:41 am: The entire country is celebrating the 125th birth anniversary of Netaji Subash Chandra Bose, today. The country has decided to celebrate this day as 'Prakram Diwas'. His life gives us inspiration even today: PM Modi 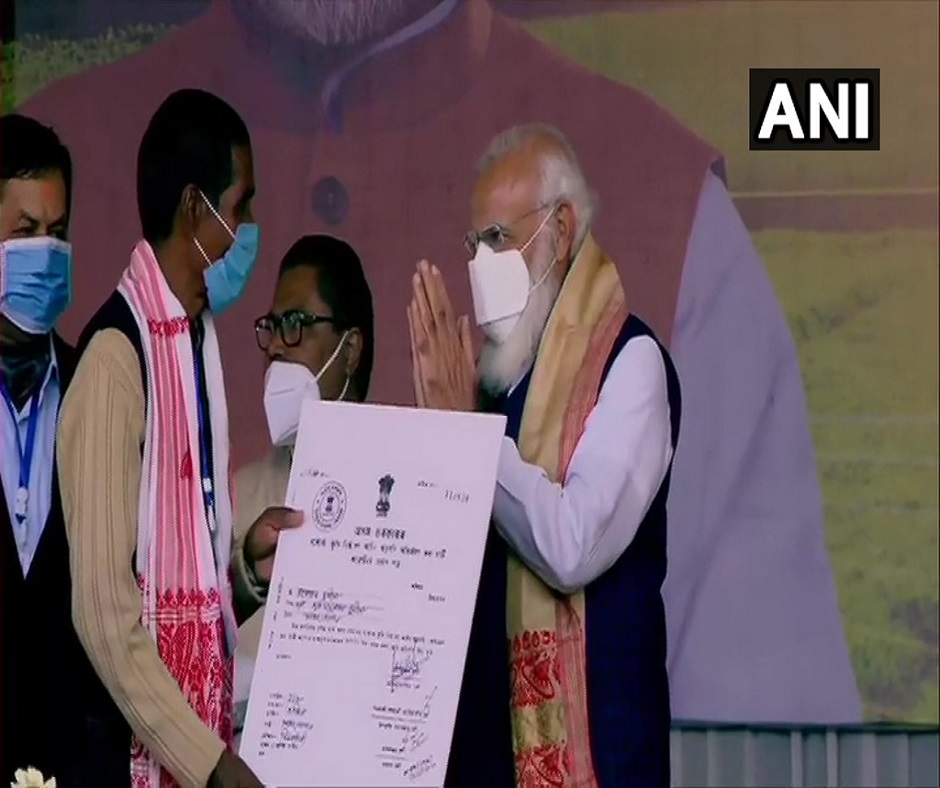 11:28 am: Assam and northeast got due attention from the central government and made unprecedented progress during the last 6 years. We thank the PM for giving the region a new direction in terms of growth and inclusive development, says Assam Minister Himanta Biswa Sarma.

11:24 am: PM Modi is the biggest well-wisher of Assam and its people. The development of Assam and the northeast region is due to his support, says Assam CM Sarbananda Sonowal 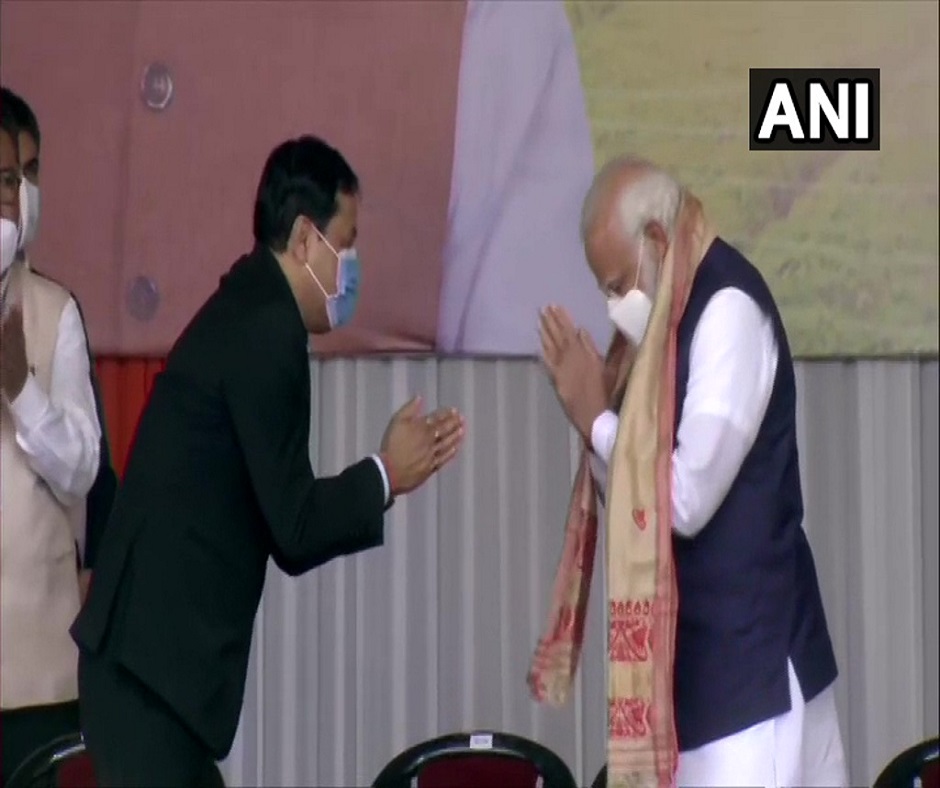 10:56 am: 23rd January has been named 'Parakram Divas' after much thought as it signifies Netaji's valour and how he united the nation. It is not good to express disagreement with every step and go against cooperative fedralism, says West Bengal Governor Jagdeep Dhankhar.

I assure the people of West Bengal that every step will be taken to ensure impartial and violence-free assembly elections in the state, he added.

10:50 am: BJP spokesperson Shamik Bhattacharya has said that the party, in respect of Netaji, does not want any roadblocks.

"The state government is organising its own function. We don't want to debate this. In every home people blow conches on this day, this is not a political agenda," he said.

10:45 am: Just In: Amit Shah will also launch 'Ayushman CAPF' scheme for jawans of all paramilitary forces, in Guwahati today. This scheme will provide cashless and paperless medical treatment at empanelled hospitals. The scheme will ensure access to health services across the country to CAPFs personnel: Home Minister's Office

10:40 am: About Netaji: Born to advocate Janakinath Bose in Odisha's Cuttack on January 23, 1897, Netaji went on to play a key role in the freedom movement. He is also known for establishing the Azad Hind Fauj.

While there is controversy over Bose's death in a plane crash in Taipei on August 18, 1945, the central government had in an RTI in 2017 confirmed that he had died in the incident.

10:30 am: Home Minister Amit Shah also paid tributes to Netaji Bose and said that the courage and valor of Netaji gave new strength to the Indian freedom struggle.

"The entire nation will always be indebted to Netaji for his valor and continuous struggle. PM Narendra Modi has paid an unprecedented tribute to him by celebrating his birth anniversary as 'Parakram Divas'. I wish all the countrymen on the Parakram Divas," he said in Hindi.

10:25 am: Meanwhile, TMC supremo Mamata Banerjee will address a grand rally in Kolkata today in response to BJP's "Parakram Divas".

"Homage to Deshnayak Netaji Subhas Chandra Bose on his 125th birthday. He was a true leader and strongly believed in unity of all people. We are celebrating this day as Desh Nayak Dibas. GoWB has also set up a committee to conduct year-long celebrations till January 23, 2022," she tweeted earlier.

10:15 am: The Centre, in order to honour and remember Netaji's indomitable spirit and selfless service to the nation, has decided to celebrate his birthday on January 23 every year as 'Parakram Divas' to inspire people of the country, especially the youth, "to act with fortitude in the face of adversity as Netaji did, and to infuse in them a spirit of patriotic fervour".

10:10 am: Ahead of his visit, PM Modi also paid tributes to and said a grateful nation will always remember his sacrifice and dedication for its independence.

"Tributes to Netaji Subhas Chandra Bose, a great freedom fighter and true son of Mother India, on his birth anniversary. The nation will always remember his sacrifice and dedication for the independence of the country.#ParakramDivas," he tweeted.

10:05 am: PM Modi's visit to West Bengal comes just ahead of the West Bengal Assembly Elections 2021 where the BJP is hoping to dethrone Mamata Banerjee's TMC.

10:00 am: PM Modi will visit West Bengal today where he will address the 'Parakram Diwas' at Victoria Memorial.