Kolkata | Jagran Politics Desk: Day after its Central Election Committee (CEC) meeting, the Bharatiya Janata Party (BJP) on Sunday announced the names of 27 candidates for the third phase and 38 candidates for the fourth phase of polling in West Bengal.

The party has also fielded economist Ashok Lahiri from Alipurduar and Rabindranath Bhattacharya from Singur while Swapan Das Gupta will contest from the Tarakeswar seat.

It also announced that sitting MP Nisith Pramanik will fight the West Bengal polls from Dinhata while actor-turned-politician will contest the elections from Chanditala.

Following is the complete list of candidates for the third and fourth phases announced by the BJP for West Bengal Assembly Elections 2021: 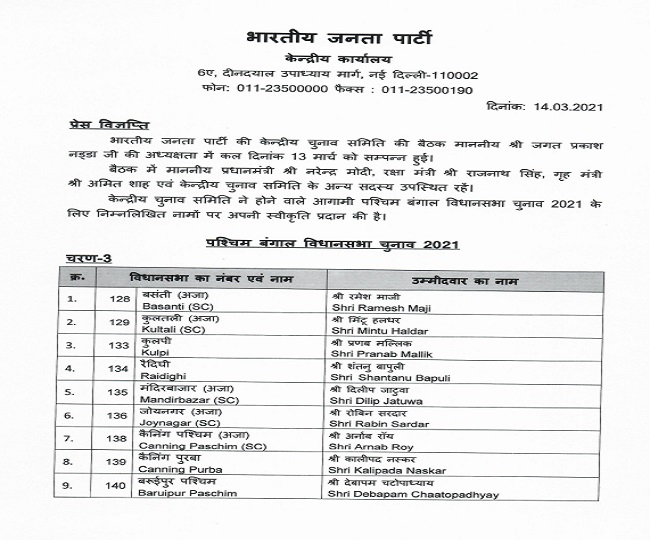 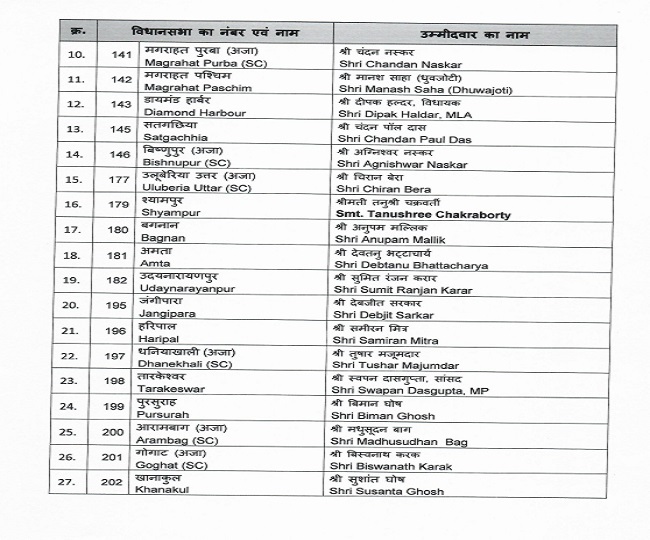 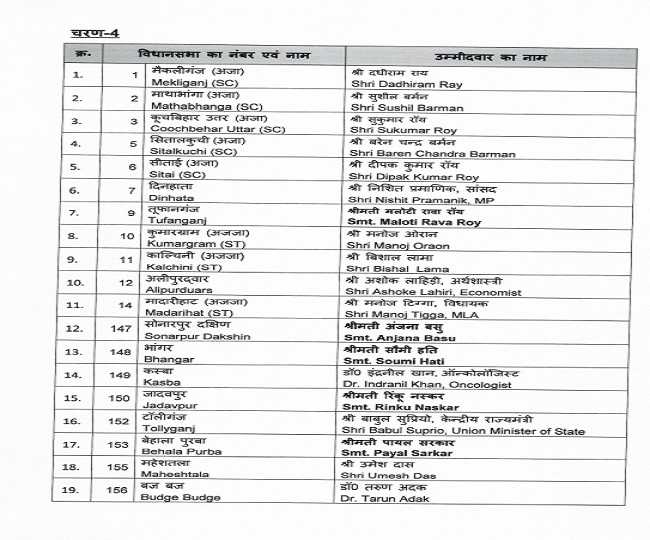 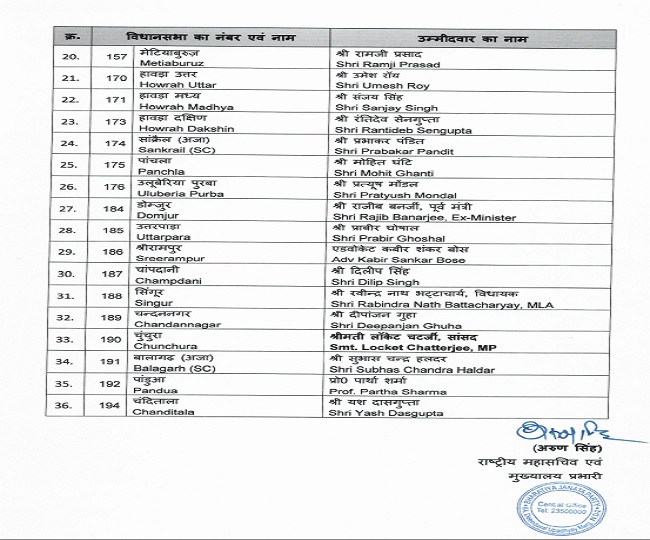 This was the second CEC meeting over the assembly polls in four states and Union Territory. The party had earlier declared the names of its candidates for the first two round of polls in Assam and Bengal scheduled on March 27 and April 1.

This year, West Bengal will see a triangular contest between the TMC, the BJP and the Left-Congress alliance.

The Election Commission in February this year announced that the assembly elections in West Bengal will be conducted in as many as eight phases -- March 27, April 1, April 6, April 10, April 17, April 22, April 26 and April 29 -- while the counting of votes will take place on May 2. The tenure of current West Bengal Legislative Assembly is scheduled to end on May 30.