New Delhi | Jagran News Desk: West Bengal recorded 79.79 per cent voter turnout till 6 pm during the first phase of West Bengal assembly elections on Saturday. Polling for the first of the eight-phase assembly polls in West Bengal began at 7 am on Saturday with voters deciding the fate of 191 candidates in 30 constituencies.

All constituencies in Purulia, Jhargram and segments of Bankura, Purba Medinipur and Paschim Medinipur are going to decide the electoral fate of 191 candidates, including 21 women candidates in the fray. The polling will end at 6.30 pm. In the first phase, a total of 73,80,942 electorates will cast their votes including 7,52,938 male voters, 36,27,949 female voters, 55 of the third gender and 11,767 service electors.

Here are the highlights from the first phase of polling in West Bengal:

4:45 pm: 62.36% and 70.17% voter turnout recorded till 4 pm, in the first phase of polling in Assam and West Bengal Assembly elections, respectively: Election Commission of India.

4:30 pm: Attack (on Soumendu Adhikari's car) shows Mamata Banerjee's frustration. She is following North Korean leader Kim Jong-Un's style. She can't see her opponents alive and has turned into a face of terror. She will surely leave on May 2: Union Minister & BJP leader Giriraj Singh

4:15 pm: Sometimes they say Mamata has brought people from Bangladesh and did infiltration. But he (PM) himself goes to Bangladesh for vote marketing: West Bengal CM & TMC leader Mamata Banerjee in Kharagpur.

4:00 pm: In '19 LS polls when a Bangladeshi actor attended our rally, BJP spoke to Bangladesh govt&cancelled his visa.... When polls are underway here, you (PM) go to Bangladesh to seek votes from one section of ppl, why shouldn't your Visa be cancelled?We'll complain to EC:WB CM

3:30 pm: Elections are underway here and he (PM) goes to Bangladesh and lectures on Bengal. It is a total violation of the code of conduct of the election: West Bengal CM & TMC leader Mamata Banerjee in Kharagpur

2:50 pm; We will take the help of more Central forces at polling booths from now only ahead of second phase of elections: Sisir Adhikari, father of BJP leader Suvendu Adhikari.

2:35 pm: Sisir Adhikari, father of BJP leader Suvendu Adhikari, casts his vote at a polling booth in Contai, in the first phase of #WestBengalPolls

1;15 pm; The new system is not acceptable to us. We demand that from the next phase the polling agent must be local of the concerned polling booth. CEO has assured us to look into the matter: TMC's Sudip Bandyopadhyay

1:10 pm: A delegation of TMC leaders met Chief Electoral Officer in Kolkata. Sudip Bandyopadhyay says,"BJP had submitted a memorandum requesting to change the system of appointing booth agents wherein he must be a voter of the concerned booth&allow anybody at any booth"

1:00 pm: Under the leadership of TMC block president Ram Govind Das and his wife poll rigging was underway at three polling booths. My arrival here created problem for them to continue with their mischiefs so they attacked my car and thrashed my driver: Soumendu Adhikari, BJP leader. 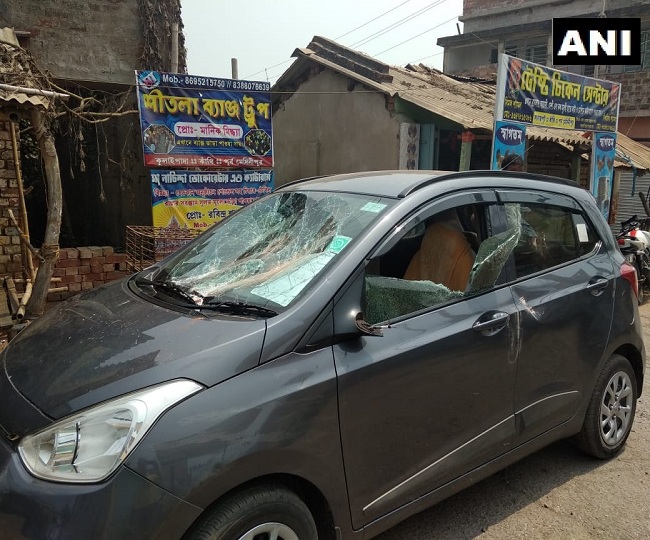 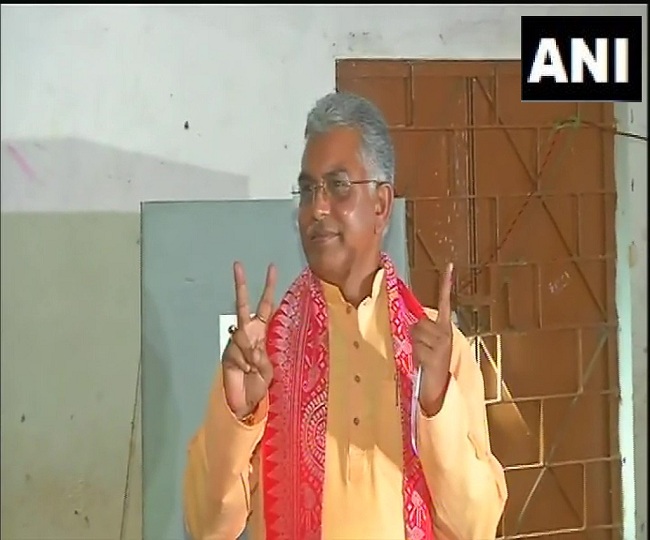 12:20 pm: Voting underway in Purulia during the first phase of polling for West Bengal Assembly elections 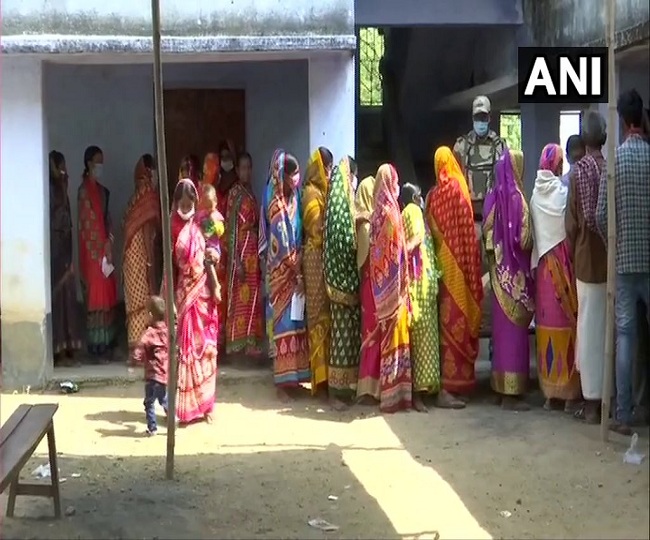 12:00 pm: TMC knows that it is losing & that's why it is saying all this. For such complaints, TMC should go to the Election Commission. TMC & Mamata Banerjee are under pressure and that is why they are saying such things: BJP West Bengal Pres Dilip Ghosh on TMC alleging rigging of polls

11:25 am: 24.61% voter turnout recorded till 11 am, in the first phase of polling in West Bengal Assembly elections: Election Commission of India

9:45 am: Kolkata: A delegation of TMC MPs to meet West Bengal CEO today at 12 noon to "raise some serious concerns", as voting for the first phase of State Assembly elections is underway

9:35 am: As per the initial trends by the Election Commission of India, a total of 7.72 per cent voter turnout has been recorded till 9 am.

9;30 am; TMC will win Bengal. Bengal's daughter will defeat Bengal's traitor in his own backyard at Nandigram, members of tourist gang will continue to do what they do best - try & destroy institutions in India. Women in Bengal will continue to wear sarees any way they want: Derek O'Brien

9;15 am; He later went there again & met people. We approached EC that there should be free & fair polls. People will choose whom they want. TMC is scared. We've given name of one Alauddin to EC, he creates disturbance there: Soumendu Adhikari, BJP leader & brother of Suvendu Adhikari

9:00 am: Voters being influenced & stopped from voting at booth number 149. Overall polling being held peacefully. EVMs malfunctioning at some locations, it happens in all polls, EC is looking into it: Soumendu Adhikari, BJP leader & brother of Suvendu Adhikari

8;55 am; Voting underway at booth number 67A in Patashpur assembly constituency, East Midnapore 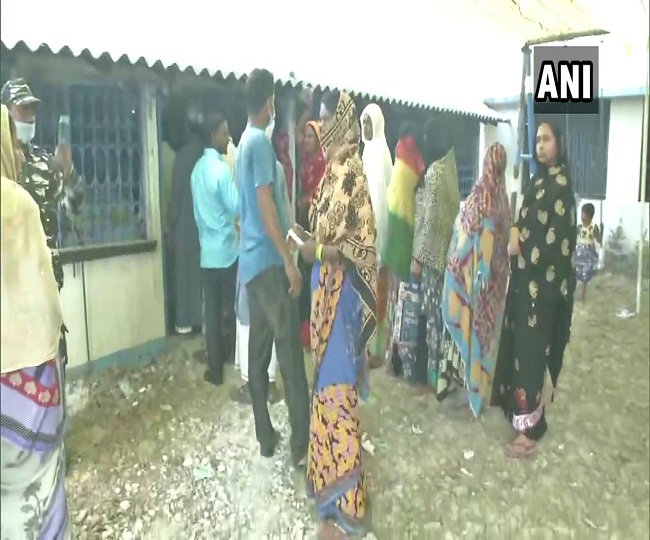 I call upon the people of Bengal to exercise their democratic right by coming out and voting in large numbers.

8:30 am: Voting underway smoothly in Midnapore town. But, at some places in rural areas, TMC workers are trying to create a disturbance. At booth no. 266 & 267, 7-8 TMC workers entered the booth to influence the voters. We've complained to EC: BJP candidate from West Midnapore, Samit Das

8:20 am: BJP candidate from West Midnapore, Samit Das casts his vote at a polling booth there in the first phase of #WestBengalElections2021

8:00 am: Voting underway at a polling centre in Purulia for the first phase of #WestBengalElections2021 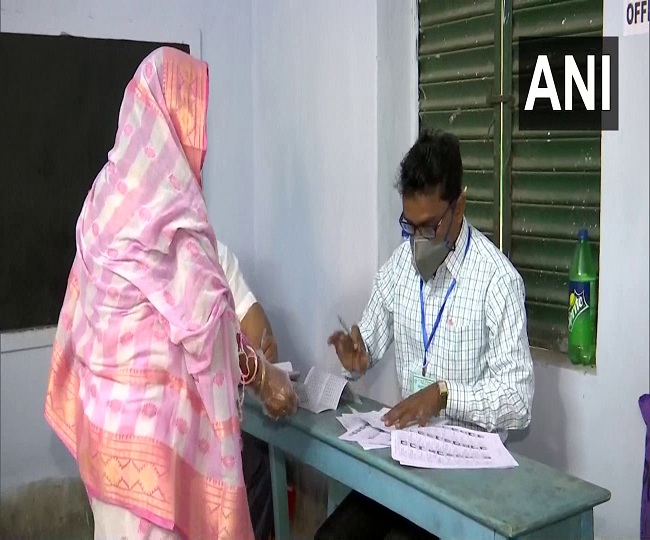 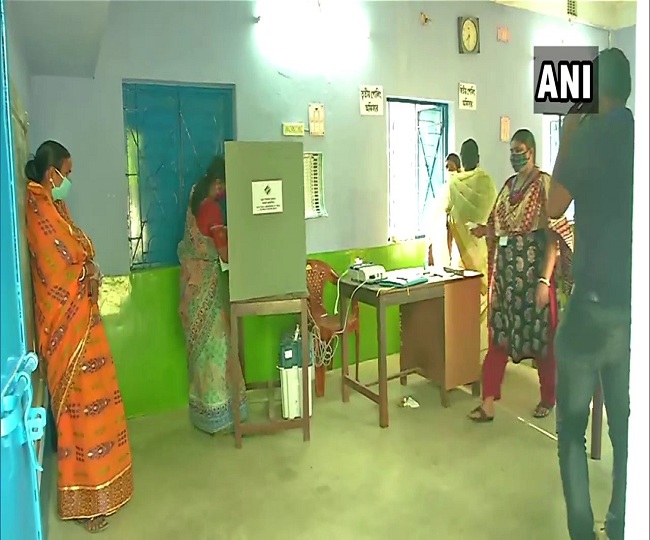 7:25 am: #WestBengalElections2021: Voting underway at a polling centre in West Midnapore 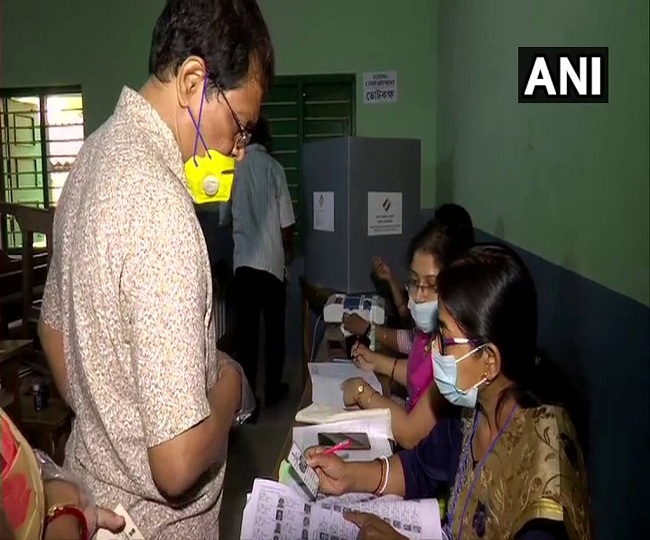 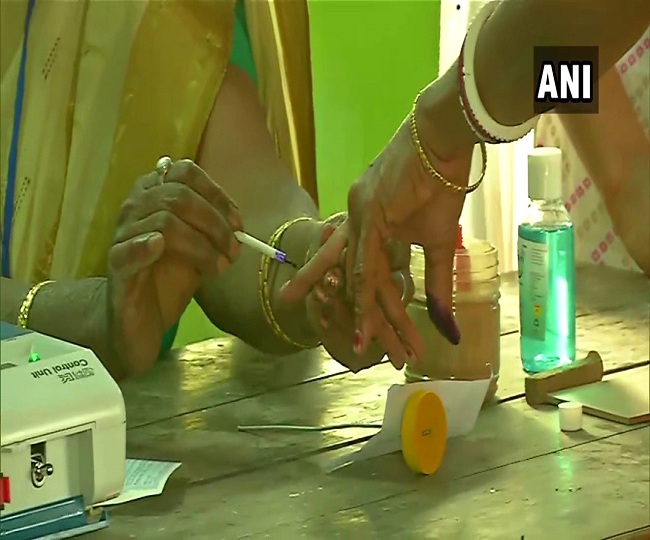 7:00 am: First phase voting of Assembly Elections in West Bengal

6:30 am: West Bengal: Preparations underway at a polling booth inEast Midnapore, ahead of voting for the first phase of #WestBengalElections2021 today. Visuals from Prabhat Kumar College in Contai 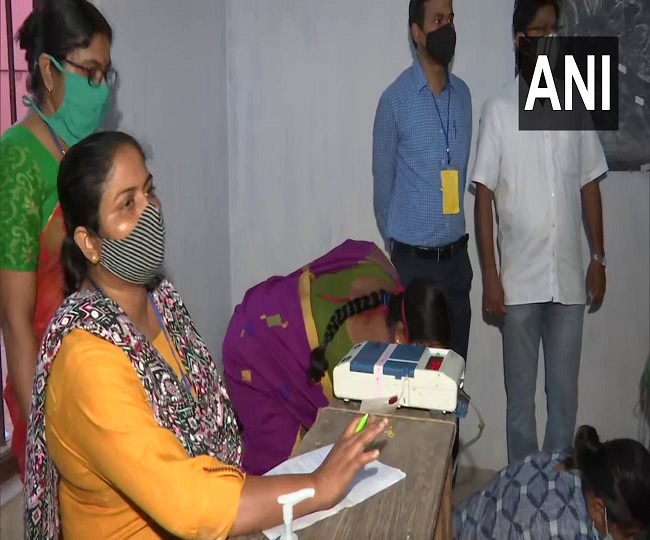