West Bengal Assembly Election Results 2021: The assembly elections in West Bengal, which were held in eight phases from March 27 to April 29, saw a triangular contest this year between the TMC, the BJP and the Congress-Left alliance.

Kolkata | Jagran Politics Desk: In a major setback for the Bharatiya Janata Party (BJP), the Mamata Banerjee-led Trinamool Congress (TMC) has crossed the majority mark in West Bengal and is almost certain to retain the power in the state for the third straight time. As per the trends, the TMC is leading on 213 seats while the BJP is ahead on just 77 seats.

The BJP, buoyed by its success in the 2019 Lok Sabha elections, was hoping to form its own government in the state for the first time since independence. However, it looks the TMC would certainly retain power in the state. Earlier, the exit polls had predicted that a neck and neck battle between the BJP and TMC.

The assembly elections in West Bengal, which were held in eight phases from March 27 to April 29, saw a triangular contest this year between the TMC, the BJP and the Congress-Left alliance.

19:30 pm: Mamata Banerjee has lost the battle of Nandigram to Suvendhu Adhikari

18:51 pm: I appeal to all my workers to not take out any victory rally, says Mamata Banerjee.

18:21 pm: Don't worry about Nandigram, I struggled for Nandigram because I fought a movement. It's ok. Let the Nandigram people give whatever verdict they want, I accept that. I don't mind. We won more than 221 seats and BJP has lost the election, says Mamata Banerjee.

18:19 pm: BJP has lost the elections. They played bad politics. We faced the horror of Election Commission, says Mamata Banerjee.

18:14 pm: We are grateful to the people for this landslide victory. I have to start working for COVID19 immediately. The swearing-in will be a low-key event because of the prevailing COVID19 situation, says Mamata Banerjee.

17:13 pm: I would like to thank everyone. I request all to not take out victory processions. I urge everyone to go back to their homes now. I will address the media after 6 pm: West Bengal CM Mamata Banerjee

15:46 pm: According to official EC trends, BJP candidate Suvendu Adhikari is leading by just 6 votes from Nandigram after the 16th round of counting.

15:05 pm: We really don't want to celebrate but there was an anti-campaign against TMC. Our workers were under pressure. This mandate has given them energy. Still, we're telling them not to celebrate due to COVID situation, says Trinamool Youth Congress state secretary Sayan Deb Chatterjee

14:00 pm: Just In: Mamata Banerjee is now leading against Suvendu Adhikari from the high profile seat of Nandigram.

13:36 pm: I was always telling the press that Mamata Banerjee will be CM for the 3rd time. BJP tried their best to crack but they didn't succeed. The Left has now vanished from West Bengal due to their wrong policy of taking a communal force against a communal force, says TMC's Firhad Hakim.

11:29 am: As per the trends, the TMC is leading on 191 seats while the BJP is ahead on just 95 seats. From here, it is certain that Mamata Banerjee would get another term.

10:52 am: Too early to say anything because there are so many rounds. Situation will be clear only by evening. We had started from 3 and were challenged that we won't get even 100, we have crossed that mark. We will cross the magic number too, says BJP's Kailash Vijayvargiya.

10:26 am: The TMC is currently leading on 187 seats while the BJP is now just ahead on 100 seats. However, Suvendu Adhikari is leading over Mamta Banerjee in Nandigram.

10:25 am: Also Read -- LIVE Nandigram Election Results 2021: Suvendu Adhikari ahead of Mamata Banerjee by over 4,500 votes in key battleground

9:38 am: Currently, the TMC is cruising towards the majority mark as the party has taken lead on 137 seats while the BJP, which is banking on the Modi wave, is ahead on 110 seats.

9:05 am: In Nandigram, Suvendu Adhikari has taken lead over Mamata Banerjee, as per an India Today report.

9:03 am: BJP's Sabyasachi Dutta, Rajib Banerjee and Rajib Bhattacharya have taken leads on their respective seats.

8:37 am: The initial trends have suggested that BJP is ahead on 48 seats while TMC is leading on 45.

8:12 am: A neck and neck battle is going in Bengal with both BJP and TMC taking lead on 3 seats each.

7:48 am: Catch all the LIVE Updates from Tamil Nadu Assembly Elections Results 2021 here

7:40 am: Officials, counting agents and others arrive at a counting centre at Siliguri College in Siliguri. 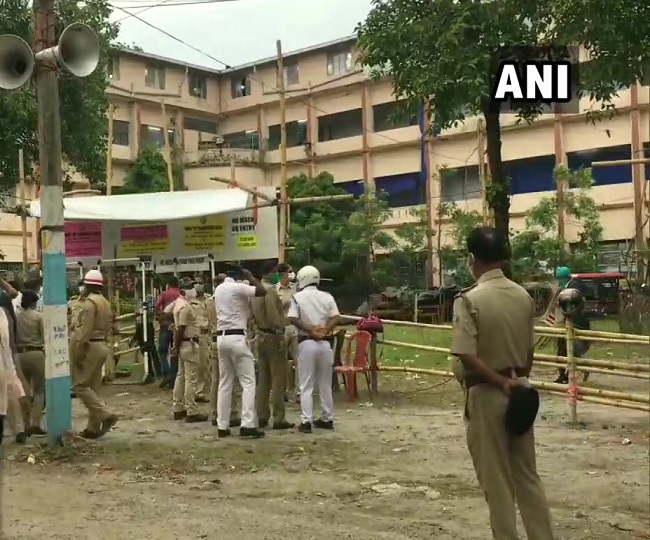 7:32 am: Counting of votes to begin from 8 am. Visual from a counting centre at St Thomas' Boys' School in Kolkata. 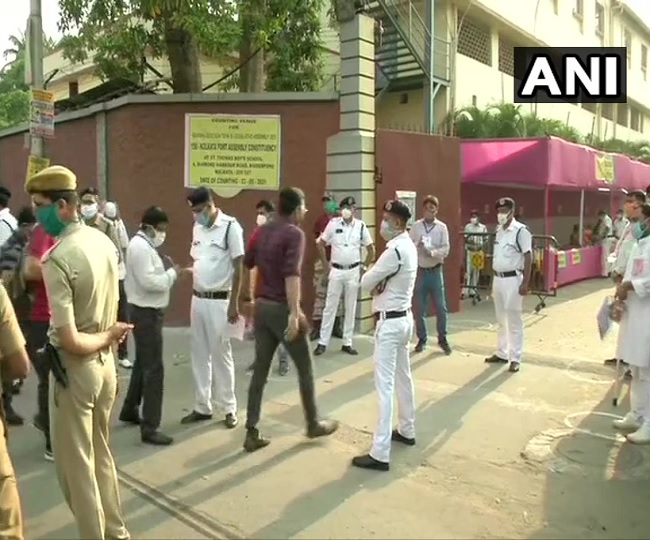 7:27 am: The TMC, however, has claimed that Mamata Banerjee will get another term.

7:25 am: The BJP is buoyed by its success in the 2019 Lok Sabha elections and is hoping to turn the tide in the state.

6:55 am: According to poll of polls by English Jagran, BJP will get around 140 seats while the TMC will win 139 seats.

6:50 am: A tough competition is expected in West Bengal with the exit polls predicting a hung assembly in the state.

6:45 am: The counting of votes for the West Bengal Assembly Elections Results 2021 will be held today at 8 am.