Uttarakhand will go to polls on February 14, 2022. The voting will be held in a single phase. The results of all five states would be declared on March 10.

Dehradun | Jagran Politics Desk: The battle for the hills is soon going to begin as Uttarakhand is all set to go into the 2022 assembly elections. The newest among the 5 poll-bound states will have its 5th assembly elections since its formation in 2000. As the scheduled date for the 2022 elections is nearing, the run for the major centre of Hindu pilgrimage sites has accelerated.

Bharatiya Janata Party (BJP), which currently has the majority of 57 seats in the 70-seat electoral legislature, has promised that it will form a "double-engine" government in Uttarakhand under the leadership of Prime Minister Narendra Modi if it is re-elected to power. In an effort to mobilise voters through the 'Har Ghar BJP, Ghar Ghar BJP' campaign, over 1 lakh party workers knocked on every door to talk about the development work the state government has been doing. The BJP has set a target of winning at least 60 seats in the upcoming elections.

The Congress, which secured only 11 seats in the previous elections, forms the second-largest opposition in Uttarakhand. This year, the grand old party aims to score high by focusing on one of the major problems in the state- frequent flash floods- which several affect the tourism sector. Attempting to build inroads, former chief minister Harish Rawat had announced, “We will include disaster management issues in our manifesto... we promise to improve the parameter of relief and rescue work in any disaster in the state.” 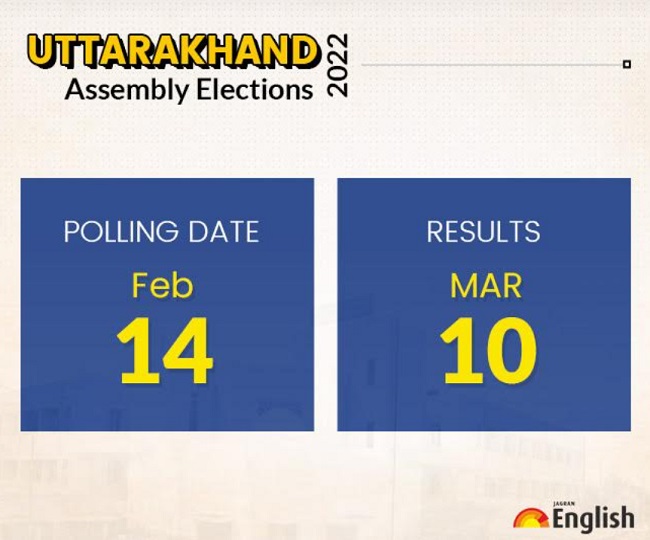 This year, the Aam Admi Party (AAP) is also contesting the Uttarakhand assembly elections. The AAP has promised to pay monthly allowances of Rs 1,000 to all adult women and Rs 5,000 to all unemployed youths in Uttarakhand if it is voted to power in the state in 2022. The party has also promised to provide jobs to youths and convert Kashipur, Ranikhet, Roorkee, Didihat, Yamunotri and Kotdwar into districts within one month of coming into power. Party supremo Arvind Kejriwal has even asked the people of Uttarakhand not to vote for the party, if he does not keep his promises.

Uttarakhand will go to polls on February 14, 2022. The voting will be held in a single phase. The results will be declared on March 10, along with those of Uttar Pradesh, Punjab, Goa and Manipur.

(With inputs from PTI)