UP Elections 2022: How political parties have turned to 'digital mode' amid COVID surge | Jagran Special

Uttar Pradesh Assembly Elections 2022: In Uttar Pradesh, which has been pitted as a "mother of all elections" this time, all political parties are gearing up and turning to digital campaigns and virtual rallies to reach to voters.

Lucknow | Jagran Politics Desk: With India continuing to see a spike in COVID-19, the Election Commission (EC) on Saturday banned all physical rallies and roadshows till January 15 in all poll-bound states - Uttar Pradesh, Punjab, Uttarakhand, Goa and Manipur. Announcing the election schedule for all the five states, the top poll body said that it will review the situation again on January 15 after which a decision on rallies would be taken.

"We can't say Corona is only because of the elections... We have ensured that most people are vaccinated. The situation is dynamic and we are monitoring it," Chief Election Commissioner Sushil Chandra said. "There is no need to panic, but there is a need for caution."

In Uttar Pradesh, which has been pitted as a "mother of all elections" this time, all political parties are gearing up and turning to digital campaigns and virtual rallies to reach to voters. 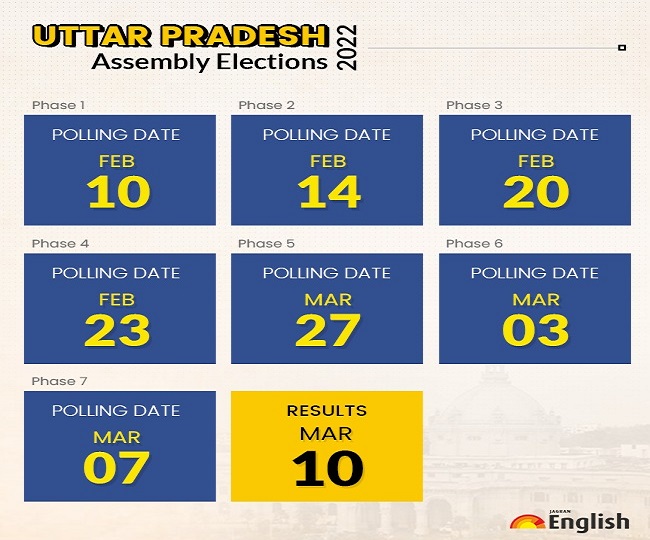 The ruling Bharatiya Janata Party (BJP), which leads 'social media game', has announced that it is ready for virtual rallies and is trying to reach the voters with multiple full or half-page advertisements on newspapers.

The saffron party, according to a report by news agency IANS, has trained 8,000 workers who will be social media warriors in each division and has divided the state in about 2,000 divisions in Uttar Pradesh. It will also focus on people who have been the beneficiaries of its social schemes and each worker will be given a specific task.

"The BJP is ready for virtual rallies. We held virtual rallies during the West Bengal assembly polls. During the first and second wave of Covid when all the political parties went into hibernation, the BJP was active at the booth level through virtual platforms," IANS quoted Union Minister Gajendra Singh Shekhawat as saying.

Also Read
Uttarakhand Elections 2022: How govt employees hold the key to power in..

BJP's main rival Samajwadi Party has not made any announcement about virtual rallies till now. However, the Akhilesh Yadav-led party has started a website to reach out to people, where it will webcast virtual rallies of important leaders.

The Samajwadi Party's social media team has also trained office-bearers in the states at the booth level and armed them with the latest techniques. It will also focus on countering any misinformation campaign on the social media at the source itself to curb its spread.

Similarly, Congress has also turned to digital rallies. On Saturday, its general secretary Priyanka Gandhi Vadra kickstarted the party's virtual campaign with an aim to connect with people digitally. Priyanka has also postponed all her big rallies for the next 15 days in Uttar Pradesh.

Congress' social media head Rohan Gupta has said that the grand old party is fully ready to hold virtual rallies and will reach out to people through Zoom, Google meet, Facebook, WhatsApp and other such platforms. It will also fix LED screens at important places to reach to voters.

"Our campaign is handled by the party volunteers and we have not outsourced it. We are way ahead of other parties including the BJP and the AAP," IANS quoted Gupta as saying.

Mayawati's Bahujan Samaj Party (BSP), which has less presence in the digital space, has also hired a team of technical workers and social media volunteers and is taking the help of experts to reach out to people.

Assembly elections in Uttar Pradesh will be held in seven phases from February 10 to March 7. The counting of votes in all states will take place on March 10.