Lucknow | Jagran News Desk: The polling for the fifth phase of the high-octane Uttar Pradesh assembly elections 2022 was held on Sunday for 61 districts spread across 12 districts. As per the Election Commission of India (ECI), more than 2.24 crore voters were eligible to decide the fate of 692 candidates in this phase.

One of the key candidates in this phase is Deputy Chief Minister Keshav Prasad Maurya, who is contesting from the Sirathu seat. Besides Maurya, Siddharth Nath Singh, Rajendra Singh alias Moti Singh, and Nand Gopal Gupta Nadi are some of the other major candidates.

Here are the LIVE Updates from the polling for the fifth phase of Uttar Pradesh assembly elections 2022:

15:38 hours: Under SP, loots, murders, rapes were at number 1. Akhilesh, shame on you! How can you come to people to seek votes? You have done nothing for the people. Under Yogi Ji's leadership, there has been 70 per cent fall in loot, 29 per cent fall in murders, says Union Home Minister Amit Shah in Ballia.

Earlier, government land was snatched by 'Bahubalis'. Dalits, underprivileged, everyone was deprived. These Parivarwadis' in their tenure committed atrocities against the poor... BJP got people's lands free from land mafias, he adds.

15:16 hours: Some time ago, I laid foundation stones of 9 medical colleges in UP including Deoria's Maharshi Devraha Baba Autonomous State Medical College. This medical college could have been constructed before, but these 'Pariwardis' never prioritized you, PM Modi says in Deoria.

We have made 18 new medical colleges in the state, and (construction) work underway in 20. We also set up AIIMS in Gorakhpur. We are also trying that the poor children get to study medical, engineering in their own language, he adds.

15:00 hours: Narendra Modi is saviour of people. During Covid when people were stuck abroad PM Modi brought them back under Vande Bharat mission. It was due to Narendra Modi that vaccines were made, says Madhya Pradesh Chief Minister Shivraj Singh Chouhan.

14:49 hours: Socialism for SP is spreading riots. Akhilesh Yadav is 'Dangesh' and there were criminals everywhere in his government. Since the time Baba (Yogi Adityanath) has come, they're in jails. They flourished during Akhilesh's tenure but are trembling now, says Madhya Pradesh Chief Minister Shivraj Singh Chouhan.

14:21 hours: If you form our government, I would like to tell you that one free gas cylinder will be made available to you on Holi and Diwali, Defence Minister Rajnath Singh says.

14:07 hours: After lots of efforts, Uttar Pradesh has come on tracks. I would like to request you (public) to not make any mistake, if SP people come to power they'll again become rioters, says Madhya Pradesh Chief Minister Shivraj Singh Chouhan.

13:40 hours: We don't have oil refineries, we import crude oil... They (Opposition) never paid attention to it... Now, with the help of sugarcane, ethanol can be made. Our government is establishing a network of Ethanol plant, PM Modi says in Basti.

13:21 hours: For decades these 'Parivarwadis' let our armies dependent on other countries, destroyed India's Defence (sector)... But today, we have a Defence corridor being set up in Uttar Pradesh, says PM Modi in Basti.

13:07 hours: By running Operation Ganga, we are bringing back 1000s of Indians home. Our sons, daughters still stranded in Ukraine will be brought back. Government of India working day and night for them... Wherever there is trouble, we left no tone unturned to bring our citizens back, says PM Modi in Basti.

12:50 hours: I asked an SP leader to list development works done under his party. He replied infrastructure, medical facilities, roads were not their priority... He told me further, "Our agenda was to get the 'Kabristan (cemetry) boundary' made", says Uttar Pradesh Chief Minister Yogi Adityanath.

12:36 hours: 'Itar Wale Mitra' accumulated the money in their lockers, focused on 'Sabka Saath Par Sir Saifai Ka Vikas'... Had it been SP government, COVID vaccines would have been sold in markets, no poor would have received it... BJP ensured no one was deprived of it, says Uttar Pradesh Chief Minister Yogi Adityanath.

12:08 hours: Aaditya Thackeray had been to Uttar Pradesh. I think there is going to be a change in Uttar Pradesh. People have made up their minds. In the atmosphere we saw, there is a neck to neck fight. The support for Akhilesh Yadav shows the change, says Shiv Sena leader Sanjay Raut. 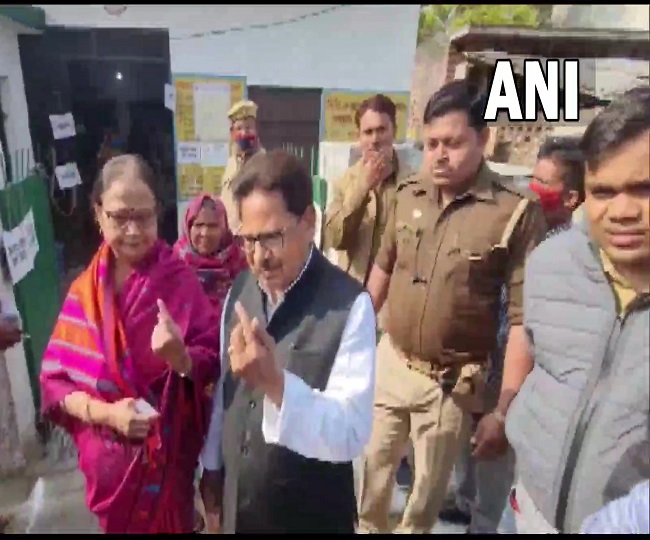 11:07 hours: I appeal to the people to vote in as many numbers as possible. We will secure 300+ seats and form government, says Deputy Chief Minister Keshav Prasad Maurya.

10:38 hours: 8.02 per cent voter turnout recorded from 7-9 am in the fifth phase for fifth phase UP elections 2022. Voting being done peacefully at all places, barring reports of glitch in EVMs at some places. Necessary action being taken, says Additional Chief Electoral Officer BD Ram Tiwari. 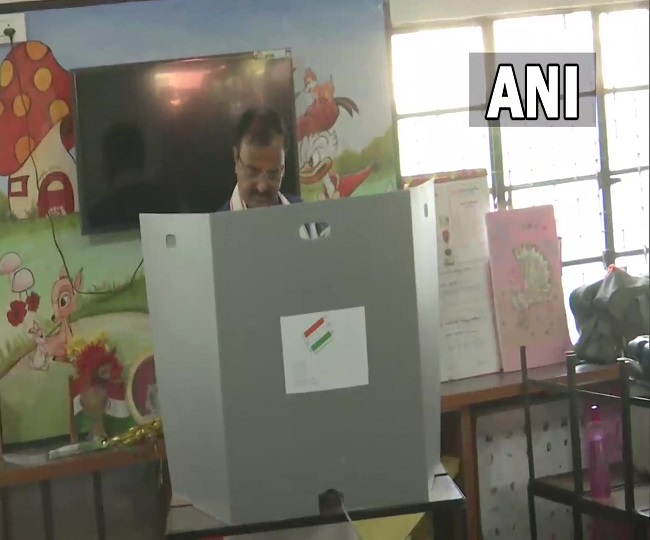 10:00 hours: Adequate security deployed at all polling booths. Polling taking place in peaceful atmosphere. Action will be taken against anyone who tries to create problems or indulge in hooliganism to get votes, FIR will be registered and they'll be sent to jail, says Prayagraj SSP Ajay Kumar.

9:27 hours: In 1996 when BJP-SP formed government, 21 ministers were mafias, had criminal background. BJP is responsible for mafiawad in UP, they should be blamed. When I raised the issue in Assembly, Rajnath Singh had replied 'everything is fair in politics', says Congress' Pramod Tiwari.

9:12 hours: Mahant Gyan Das, the head priest of Hanumangarhi Temple in Ayodhya, and other seers cast their votes. 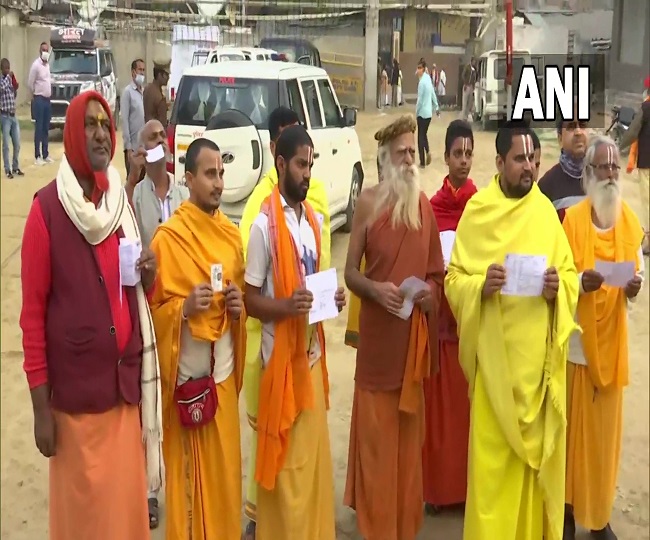 8:41 hours: We are expecting 70 per cent voters' turnout (in this phase), will win it big. Hoping to form government with 300 plus seats, says BJP MP Prayagaraj Rita Bahuguna Joshi. 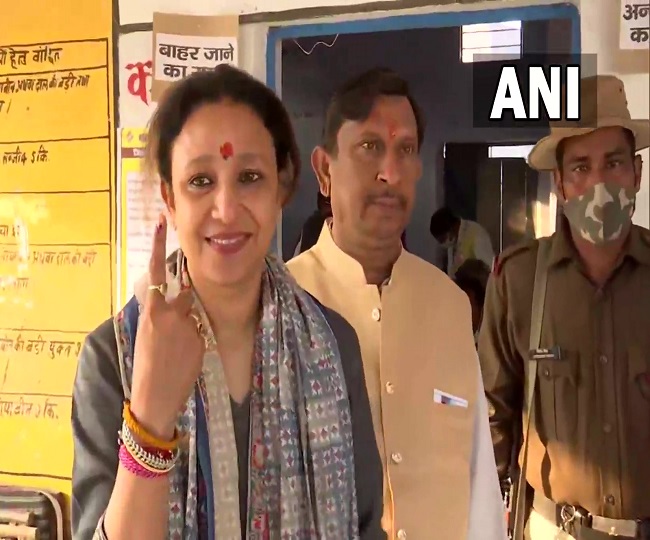 7:42 hours: I believe that people of Sirathu will bloom Lotus and make the son of Sirathu win with a big margin of votes. BJP government has been working for the welfare of the 24 crore people of Uttar Pradesh. That is why people have made up their mind that to bloom the Lotus, says Deputy Chief Minister Keshav Prasad Maurya.

On 10 March, with the blessings of people, the Cycle of Akhilesh Yadav who is flying high in the sky of arrogance, will fall in the Bay of Bengal. His bicycle had flown to Saifai first and now it will go to the Bay of Bengal, he adds. 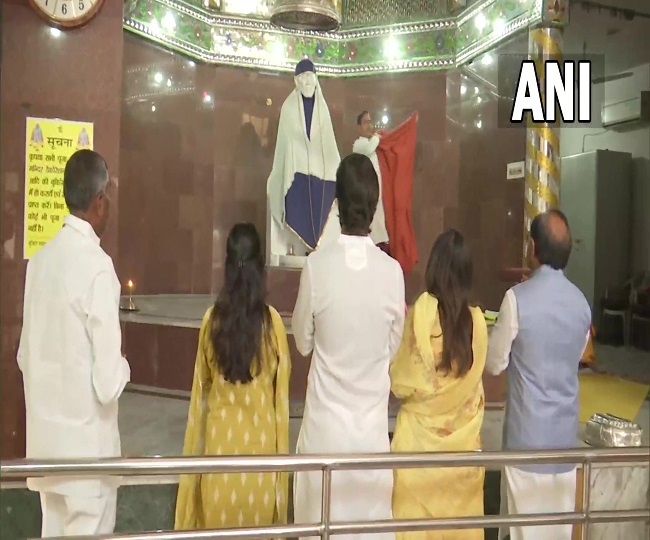 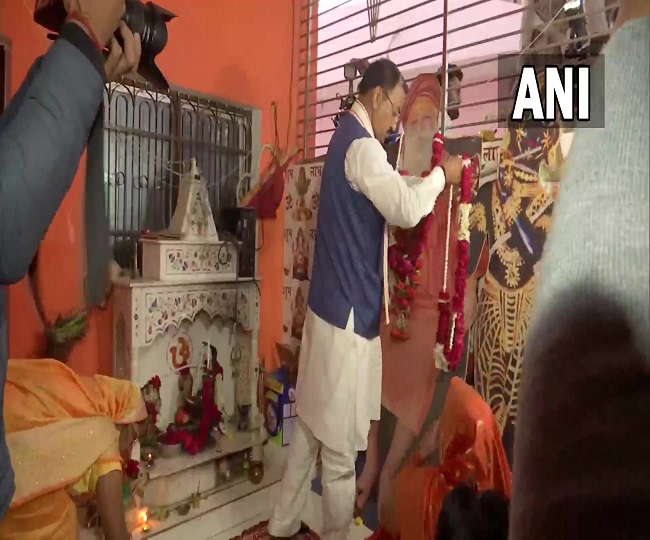 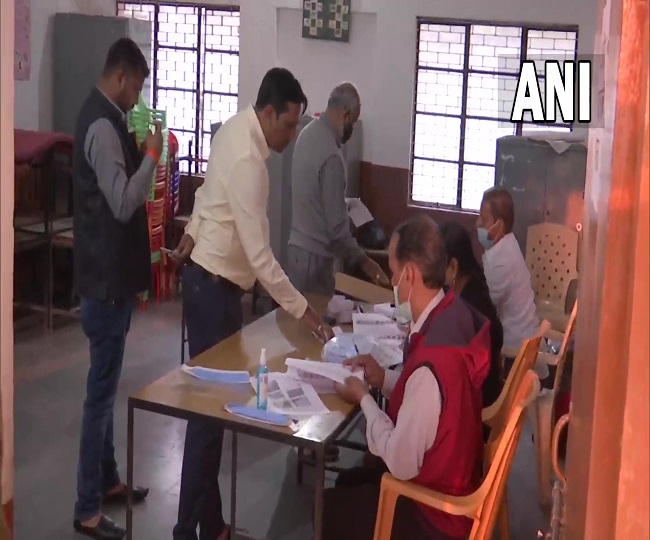 7:00 hours: Polling for the fifth phase of Uttar Pradesh assembly elections 2022 has begun!

6:55 hours: BJP will win in the Sirathu Assembly constituency with a huge margin. We've done many developments works for all sections of society. The public will vote for development and will reject casteism, appeasement politics, says Deputy Chief Minister Keshav Prasad Maurya.

6:50 hours: Polling would be held on following seats in the fifth phase:

6:45 hours: The fifth phase of polling for the Uttar Pradesh assembly elections 2022 will be held on Sunday from 7 am to 6 pm.