Lucknow | Jagran News Desk: The BJP on Saturday announced the names of 107 candidates for the first two phases of the upcoming Uttar Pradesh Assembly Elections 2022. The list was released by the BJP's Uttar Pradesh in-charge and Union Minister Dharmendra Pradhan along with the party general secretary Arun Singh during a press conference at the party's headquarters in Delhi.

As per the list announced by the BJP, Uttar Pradesh chief minister Yogi Adityanath will be contesting the state assembly elections from Gorakhpur, while deputy chief minister Keshav Prasad Maurya will contest from Sirathu seat in Prayagraj district. Adityanath was a five-term Lok Sabha member from Gorakhpur. He and Maurya are currently members of the state's Legislative Council.

"The BJP has provided welfare and sensitive governance in Uttar Pradesh in the last five years. We are confident that the people of UP will again bless us in this great festival of 2022 with the same clarity," Dharmendra Pradhan said.

Yogi Adityanath has been the Member of Parliament from the Gorakhpur constituency, Uttar Pradesh, for five consecutive terms since 1998. Polling for the Gorakhpur (Urban) seat, which is the Chief Minister's stronghold and voted him to the Lok Sabha for five straight terms till 2017, will be on March 3 - the sixth phase of the Uttar Pradesh Elections.

Earlier, it was reported that the Chief Minister would also contest from Ayodhya. However, this report now stands nullified. This was after the BJP's core group expressed an interest in fielding Yogi from these seats, particularly after the eastern part of the state has been seen as drifting away from the party.

In today's list, the BJP also named candidates for 105 other seats. The winning MLAs from 63 of these seats have been retained, with the remaining 20 new faces. 44 of the 107 candidates named today are from OBC communities, while 19 others are from Scheduled Castes. Only 10 women candidates have been named by the BJP. 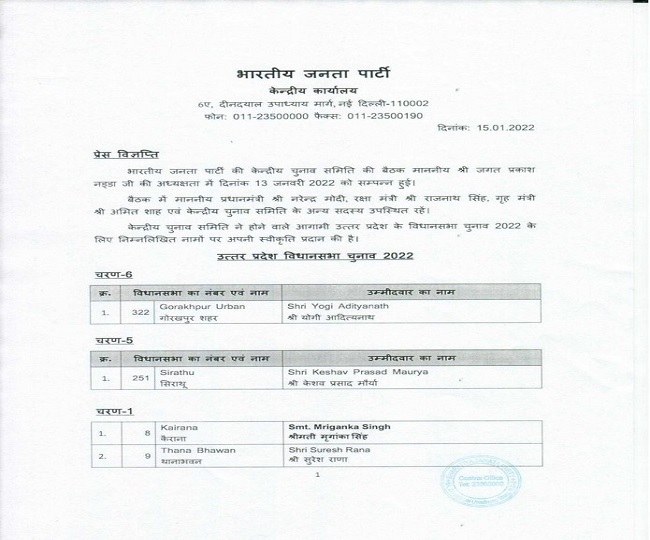 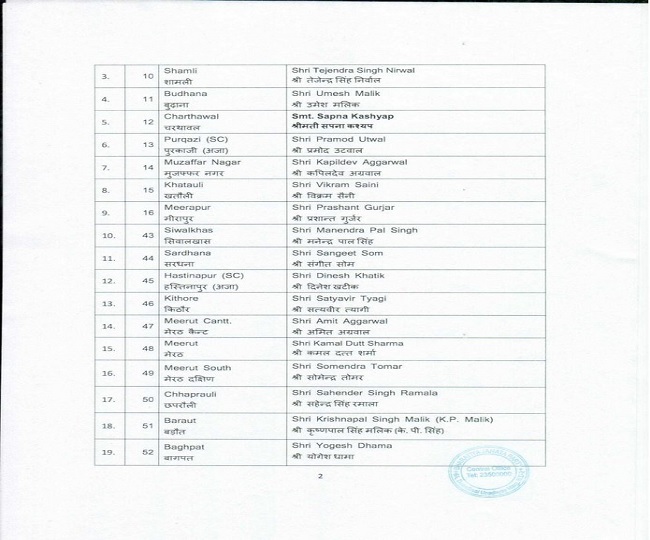 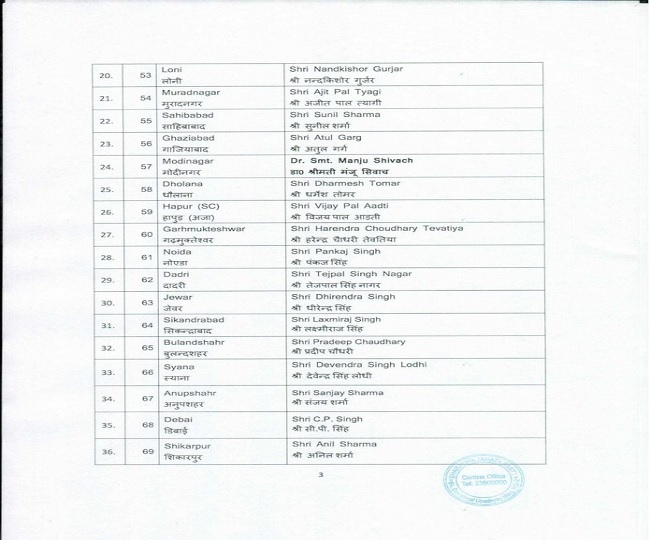 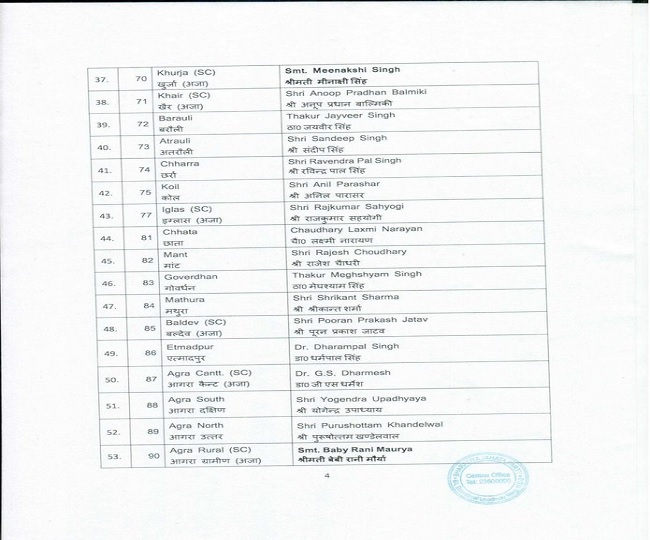 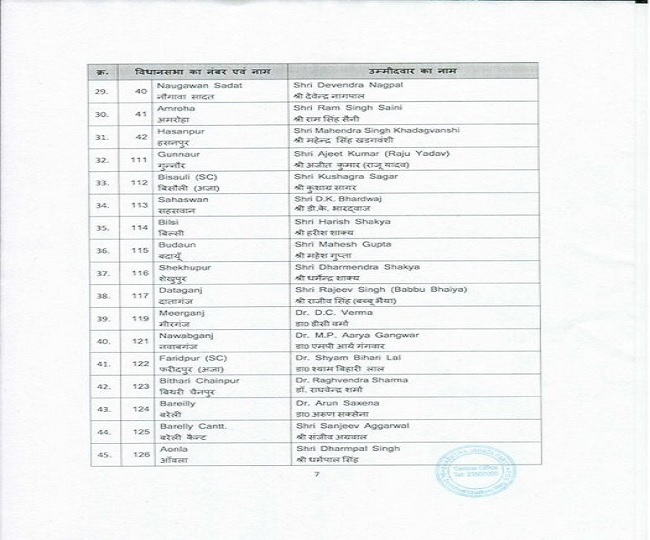 In the 2017 Assembly elections, the BJP won a landslide victory winning 312 Assembly seats. The party secured a 39.67 per cent vote share in the elections for 403-member Assembly. Samajwadi Party (SP) bagged 47 seats, BSP won 19 while Congress could manage to win only seven seats.