"In Tamil Nadu, BJP is contesting as NDA partner and we will be contesting in 20 assembly constituencies spread across all regions of the state," Singh said, as reported by news agency ANI.

Following is the complete list of candidates announced by the BJP for Tamil Nadu Assembly Elections 2021: 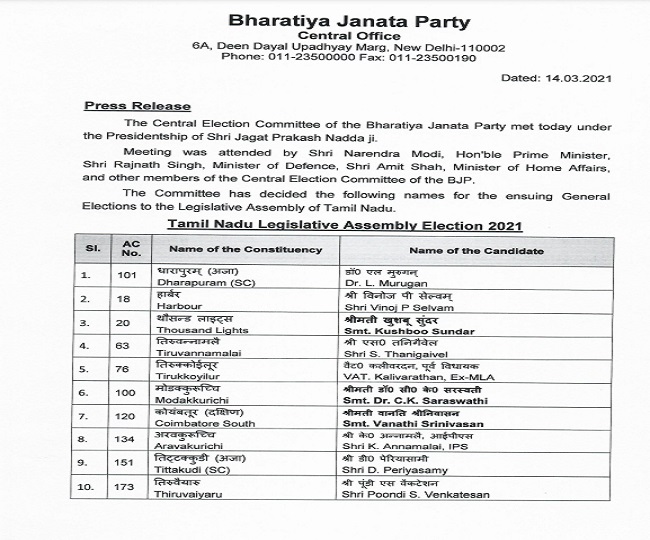 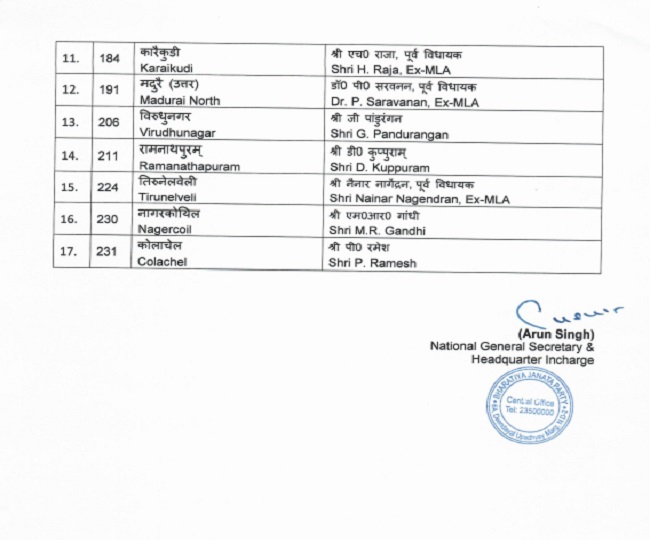 Though the BJP has allied with the All India Anna Dravida Munnetra Kazhagam (AIADMK) for Tamil Nadu polls, the latter has said that it has complete different ideology from the saffron party and alliance between them is only aimed at winning polls.

"It is a wrong assumption that we are helping BJP. In 1999, BJP had a coalition with DMK. The BJP has been in Tamil Nadu ever since it won at the Centre. It is not right to say that we are giving it any special importance," said Tamil Nadu Chief Minister Edappadi K Palaniswami at the India Today Conclave.

In the 2016 assembly elections in Tamil Nadu, the AIADMK had won 134 seats, DMK bagged 80 seats and Congress had managed to secure only eight seats. The BJP drew a blank.

The voting for the highly anticipated assembly elections in Tamil Nadu will take place on April 6 while the counting of votes will be conducted on May 2. The term of the previous Fifteenth Legislative Assembly of Tamil Nadu will end on May 24.