Mumbai | Jagran News Desk: Hours after NCP chief Sharad Pawar announced that Ajit Pawar’s decision to support the BJP is his personal and the party does not endorse it, his daughter Supriya Sule confirmed that there is split within the party.

“Party and family split,” she said in her WhatsApp status on Saturday. 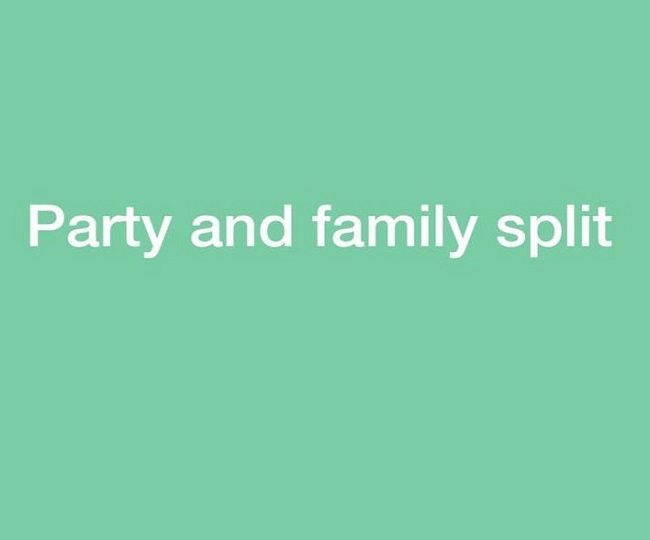 After taking oath as the deputy CM, Ajit Pawar said that no party was able to form government, following which, they (NCP and BJP) decided to form a stable government.

"From result day to this day no party was able to form government, Maharashtra was facing many problems including farmer issues, so we decided to form a stable government," he said.

Catch all the LIVE updates on Maharashtra Government Formation here

Meanwhile, Union Minister Ramdas Athawale on Saturday said that Sharad Pawar and Supriya Sule should join the Union Cabinet of PM Modi and help the BJP with their experience and knowledge.

"Now, I call upon Sharad Pawar and Supriya Sule to join the cabineta Pawar Saheb can be given some crucial portfolio and with his vast knowledge and experience, can contribute to strengthen the government and the country," he said.

"This is a big setback and a lesson for the Shiv Sena which was not willing to form government with the BJP... Even I am surprised at the speed at which the BJP government with NCP took office today, but I was anticipating it," he added.

Also Read | 'Ajit Pawar's decision to support BJP is his personal, we do not support this,' says Sharad Pawar

Devendra Fadnavis and Ajit Pawar on Saturday morning took oath as Chief Minister and deputy CM of the state. The oath was administerated by Governor Bhagat Singh Koshyari at Raj Bhavan in the presence of a few BJP and NCP leaders and other government officials.

In the recently concluded assembly polls in the state, the BJP emerged as the single largest party by winning 105 seats while the Shiv Sena won 56 seats. The NCP and the Congress won 54 and 44 seats respectively.