Thiruvananthapuram | Jagran Politics Desk: The Bharatiya Janata Party (BJP) on Sunday announced its candidates for the upcoming assembly elections in Kerala and said that Metro Man E Sreedharan will fight from Palakkad while former Union Minister KJ Alphons will contest from Kanjirappally.

Addressing a press conference, BJP National General Secretary Arun Singh said that the saffron party will fight on 115 out of 140 Assembly seats in Kerala.

Singh also said that state BJP chief K Surendran will contest from two constituencies -- from Manjeshwar in Kasaragod and Konni in Pathanamthitta -- while senior leader Kummanam Rajasekharan will be contesting from the Nemom seat.

Following is the complete list of candidates announced by the BJP for Kerala Assembly Elections 2021: 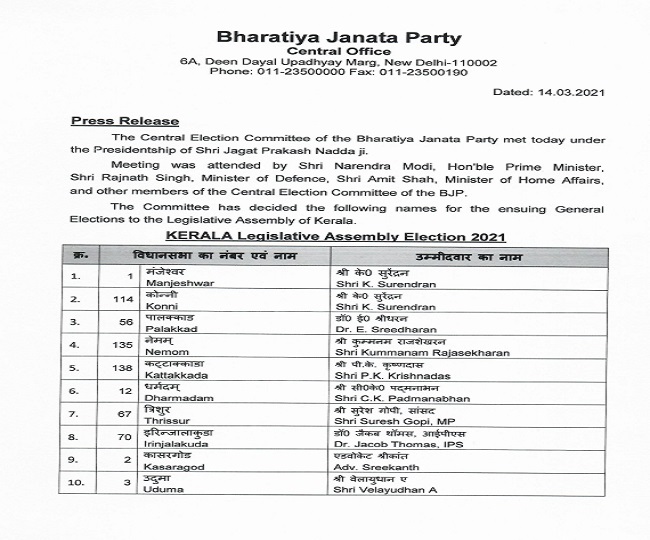 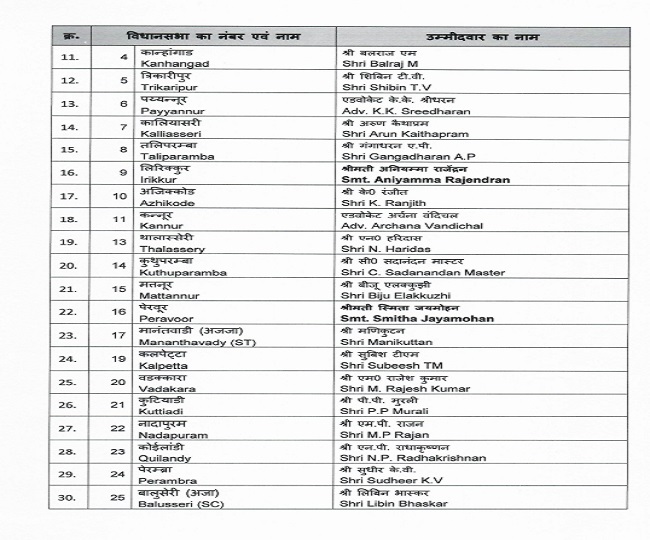 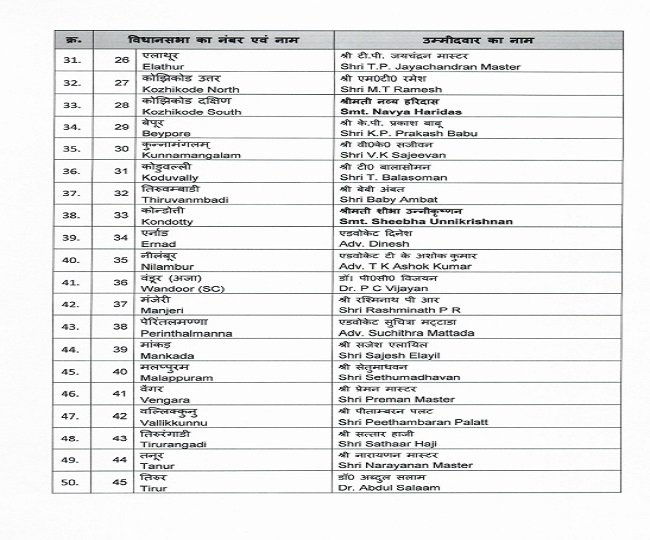 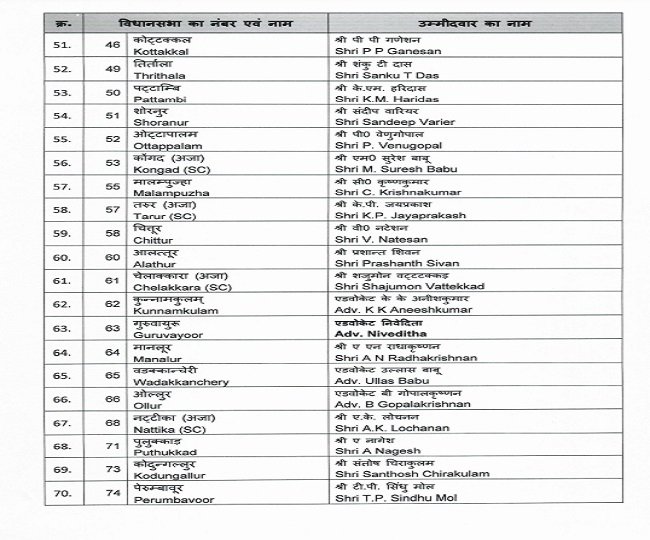 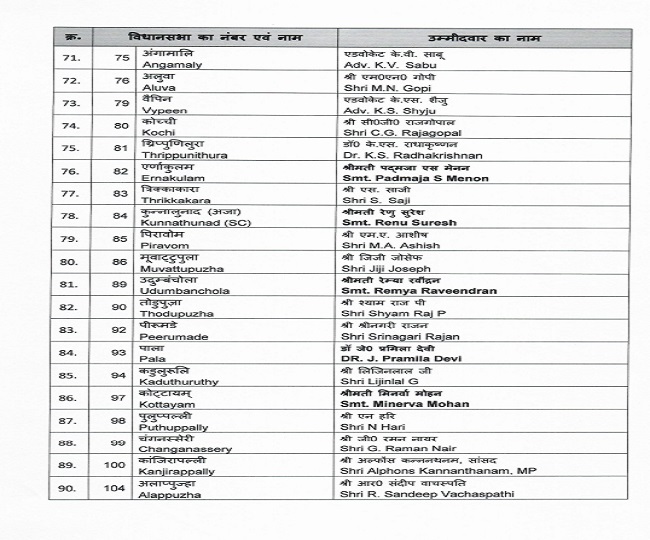 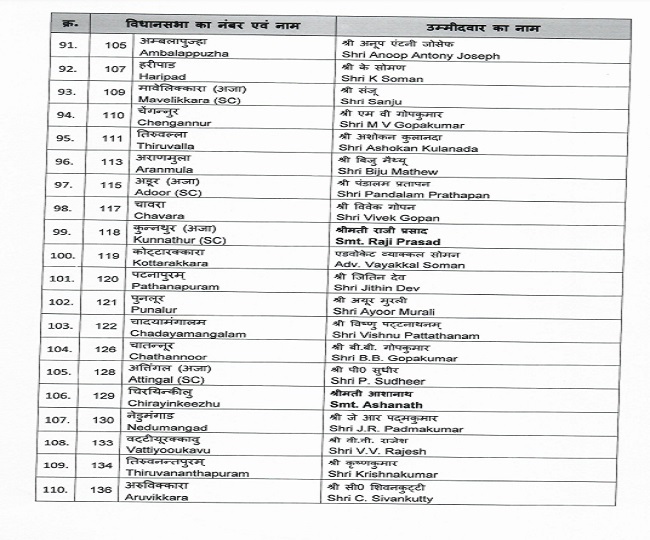 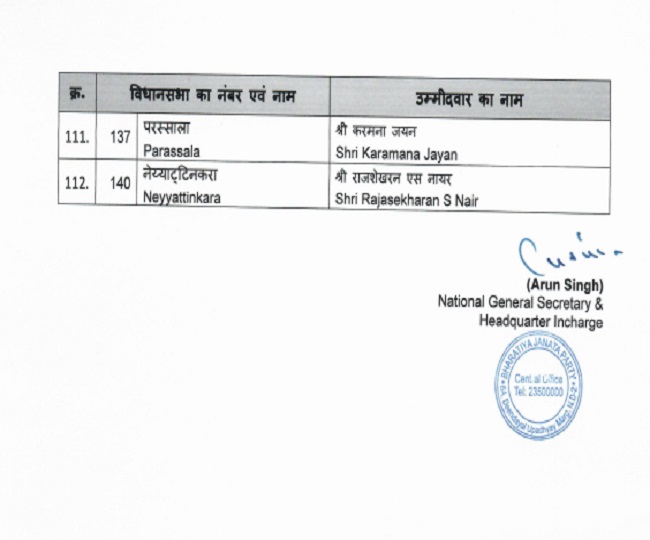 In Kerala, the BJP is banking on the popularity of Metro Man E Sreedharan. Media reports suggest that the party will likely declare Sreedharan as its chief ministerial candidate in Kerala. Though Union Minister V Muraleedharan had earlier dismissed such reports.

"There were some statements that E Sreedharan will be CM candidate in Kerala. I heard media reports that the party has announced him as the CM candidate," he had said.

The voting for the highly anticipated assembly elections in Kerala will take place on April 6 while the counting of votes will be conducted on May 2, the Election Commission said in February this year.