The first phase of the election in the state took place on November 30 while the second round was held on December 7.

Here are the highlights of the third phase of polling in Jharkhand: 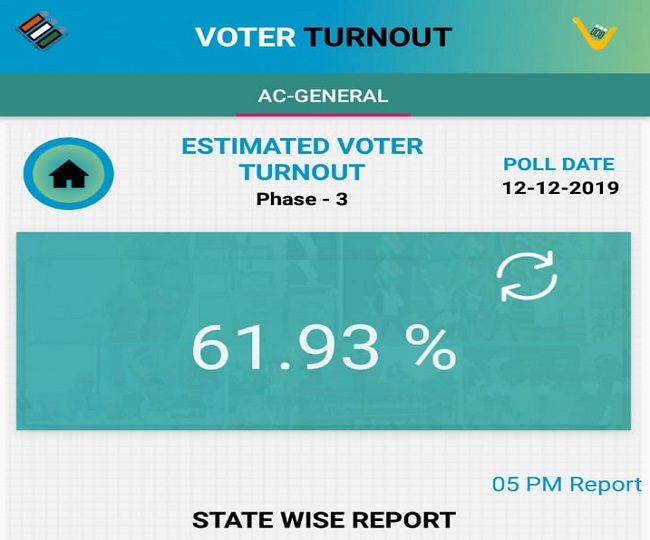 15:51 pm: The assembly elections in Jharkhand became a multi-cornered fight with the All Jharkhand Students Union (AJSU) breaking off from BJP to fight the elections on its own and other regional parties such as JVM among others already in the competition. 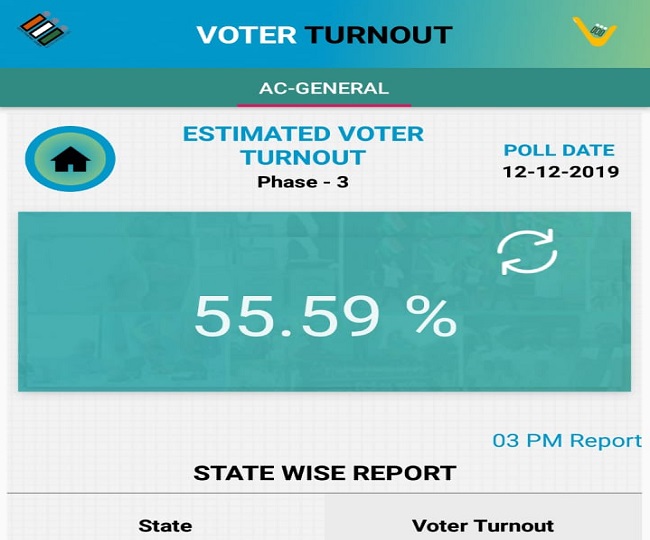 15:21 pm: Mahendra Singh Dhoni leaves after casting his vote at a polling station in Ranchi. 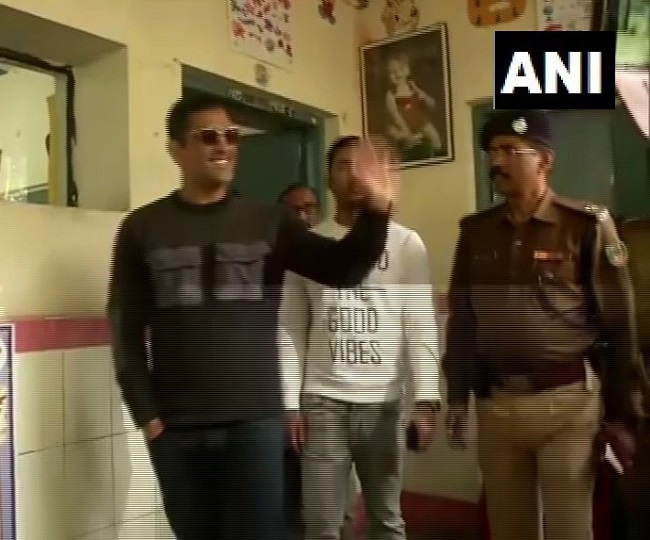 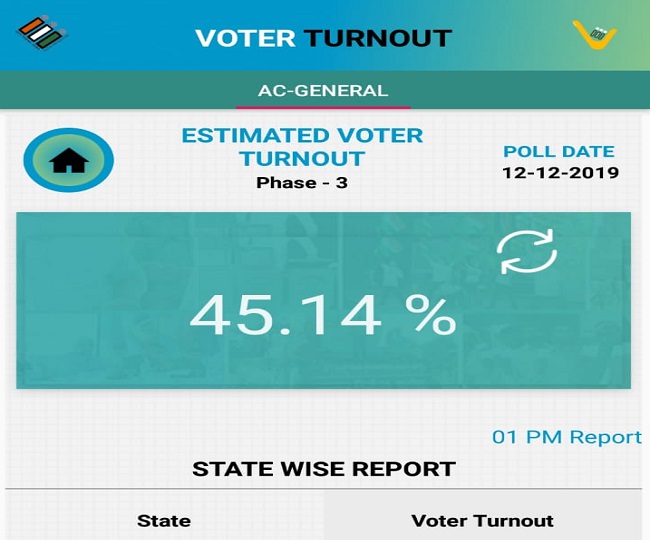 13:38 pm: I assure every state of the East and Northeast. The traditions, culture, language etc of Assam and other states will not be affected at all. Central Govt will work with state Govts for your development. Don't be misled by Congress's statements: PM Modi

13:34 pm: There are attempts to fuel tensions in the Northeast region. Most of the region is out of the ambit of this bill but politics of Congress and its allies depends on illegal immigrants: PM Modi

13:29 pm: Congress in the past had promised relief to persecuted minority refugees but never did anything for them. The condition in which they were living in Pakistan, similar treatment was given by Congress governments to them: PM Modi

13:24 pm: I never cared about vote bank, have always worked for the welfare of people: PM Modi

13:24 pm: Congress did not heed to demands for a separate Jharkhand state for 5 decades: PM Modi

13:24 pm: Congress has followed a policy of avoiding difficult decisions and reaping political advantage out of those: PM Modi

13:19 pm: Strict laws has been made against Triple Talaq, this law has saved the lives of millions of Muslim sisters: PM Modi

13:16 pm: We had promised that we will peacefully solve the long standing Ayodhya issue, which the Congress was deliberately blocking. Now as you can see, the path for construction of a grand Ram Temple is open: PM Modi

13:11 pm: We have delivered on our promise of abrogating Article 370: PM Modi

13:09 pm: "People across the country have faith on Bharatiya Janata Party (BJP) as BJP delivers on its promises," says PM Modi.

11:40 am: Congress leader Rahul Gandhi will hold rallies in Jharkhand's Sahibganj and Godda district today. "Today I will address a public meeting in Rajmahal legislative Assembly area of Sahibganj district of Jharkhand and Mahagama Vidhan Sabha constituency of Godda district against the anti-people policies of the BJP government," he said in a tweet in Hindi. 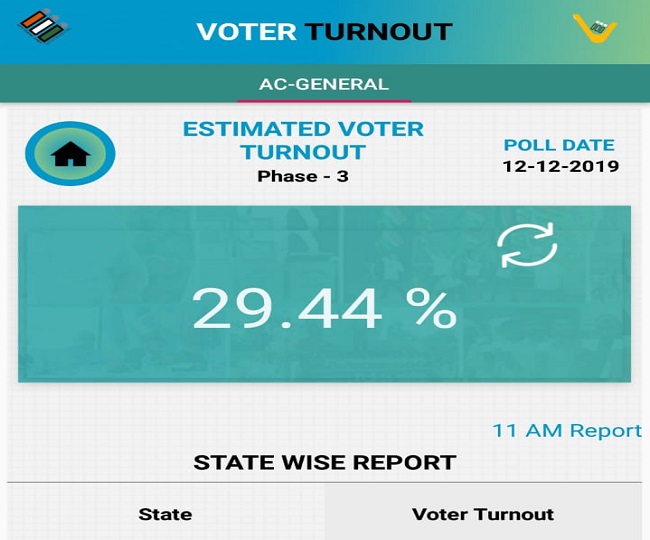 11:15 am: Of those 17 seats where polling has been held, BJP, JMM and Congress had won 10, three and two seats respectively in 2014 Assembly elections.

11:00 am: Union Home Minister Amit Shah has also appealed to the people in Jharkhand to come out in large numbers and vote for the development, progress and peace of the state.

9:55 am: Former Union Minister and BJP MP Jayant Sinha after casting his vote at a polling booth in Hazaribagh.

9:43 am: These 17 seats are spread across Ranchi, Hazaribagh, Chatra, Giridih, Bokaro, Koderma and Saraikela.

9:30 am: A total of 309 candidates, including 32 women, are contesting from 17 assembly seats. The constituencies, including two reserved for SC candidates and one ST candidate, going to vote on Thursday are spread over eight districts in the state.

8:55 am: Former Union Minister & BJP MP Jayant Sinha at a polling booth in Hazaribagh to cast his vote. 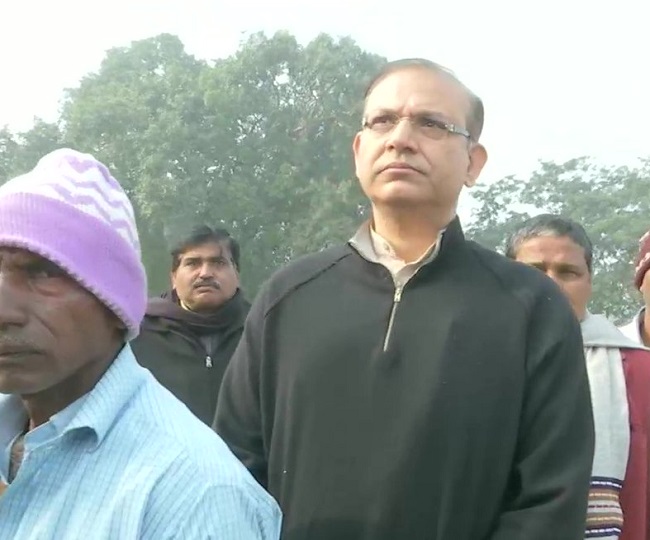 8:40 am: People queue up to cast their votes at a polling station in Bokaro during the third phase of voting for assembly elections. 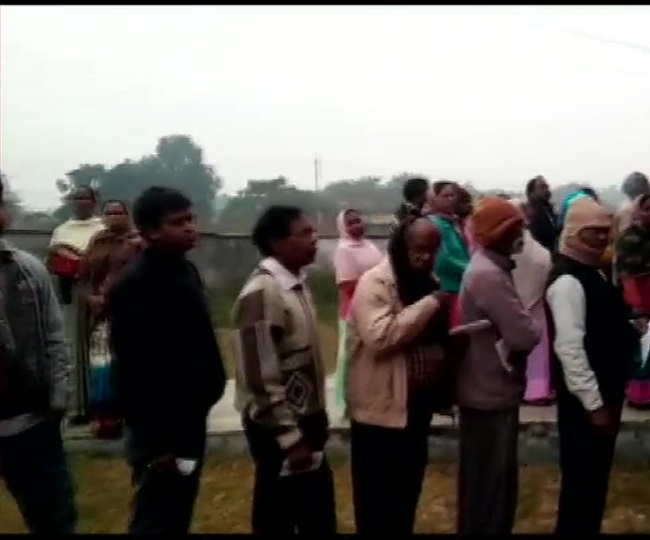 8:05 am: "A total of 56,18,267 voters are eligible to cast votes in the 17 constituencies across eight districts. The voters include a total of 26,80,205 women and 86 third gender voters," said Chief Electoral Officer of Jharkhand Vinay Kumar Choubey.

8:00 am: The polling at Ranchi, Hatia, Kanke, Barkatha and Ramgarh seats will end at 5.00 pm while the voters in rest of the constituencies can exercise their franchise till 3.00 pm.

7:45 am: Voting underway at polling booth number 82 in Chatra. 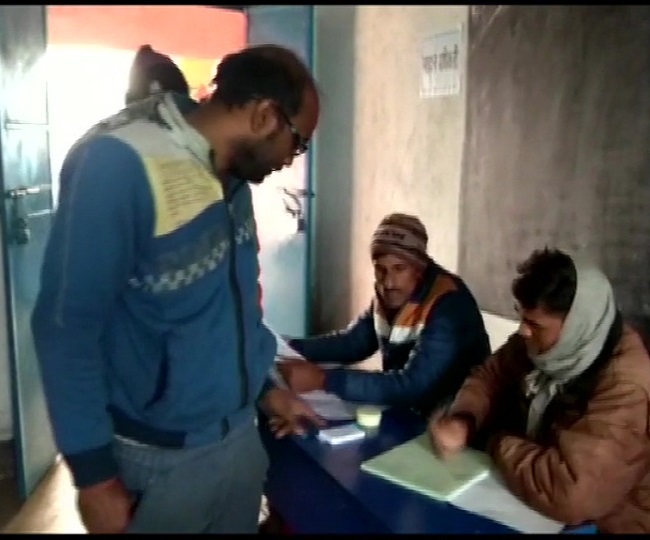 7:32 am: "We have Naxal problems in the bordering areas with Bihar and inter-district borders. We have our intelligence system through which we get regular updates. We have our special teams which will transport the EVMs," Mayur Patel said while speaking about Naxalism.

7:24 am: "We have made all arrangements so that communal atmosphere does not get vitiated. We have talked with religious leaders and taken them into confidence. We are ensuring that the atmosphere remains calm," Mayur Patel, Superintendent of Police, Hazaribagh said.

7:12 am: "All the five constituencies of Hazaribagh are going to poll on December 12. We have made elaborate security arrangements for the peaceful poll process. We are having 1700 booths throughout the district. The overall arrangement for the security has been beefed up," news agency ANI quoted Mayur Patel, Superintendent of Police, Hazaribagh as saying.

7:05 am: The third phase of Jharkhand polls will take place today. Urging all those whose seats go to the polls today to vote in large numbers. I particularly urge my young friends to vote: PM Modi

7:03 am: Preparations underway at a polling booth in St. Anne's School in Ranchi for the third phase of Jharkhand Assembly Polls 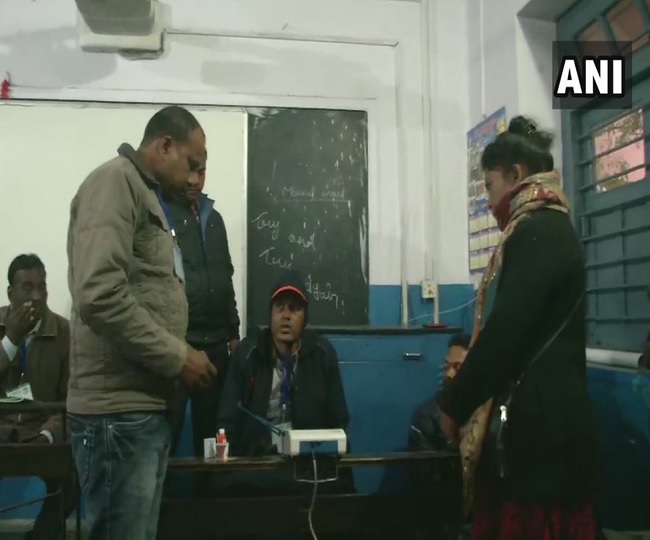 7:00 am: Voting begins for 17 constituencies in the third phase of the Jharkhand Assembly Polls.

6:50 am: The first phase of the election in the state took place on November 30 while the second round was held on December 7.