A total of 47,81,422 voters are eligible to cast their votes in these 15 Assembly constituencies that spread across four districts.

The fourth phase of Assembly Elections is underway and the fate of state Labour Minister Raj Paliwar and Land and Revenue Minister Amar Kumar Bauri will be decided in this phase.

A total of 47,85,009 electorate, including 22,44,134 women and 81 third gender voters, are eligible to cast their franchise in the 15 Assembly seats that are going to polls in the fourth of the five phases, state Chief Electoral Officer Vinay Kumar Choubey said on Sunday. A total of 221 candidates, including 23 women nominees, are in the fray in the elections.

Here are the highlights of the fourth phase of polling for the Assembly Elections in Jharkhand: 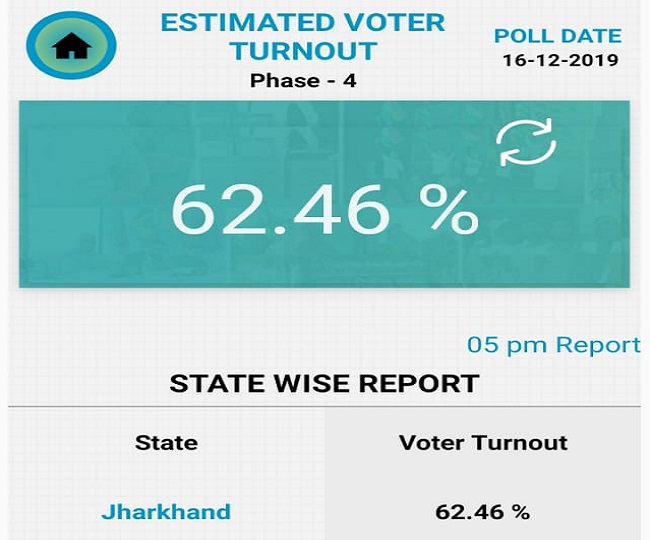 17:09 pm: According to the Election Commission, more than 53.37 per cent polling have been been reported till 3 pm on five seats - Bagodar, Jamua, Giridih, Dumri and Tundi.

16:37 pm: Meanwhile, voters at booth numbers 50 and 51 in Jamua constitutency of Giridih district, told reporters that they were not willing to vote due to "lack" of development in the area.

16:30 pm: An elderly man died of suspected heart attack while standing in a queue to cast his vote in Dumri assembly constituency in Bokaro district on Monday, reports PTI 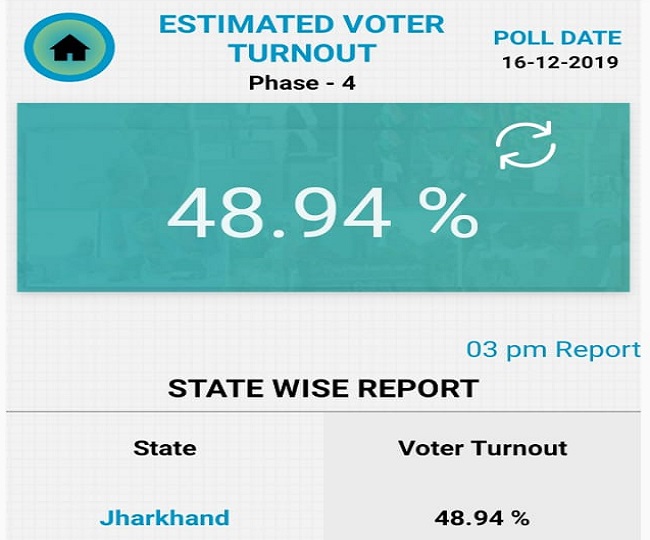 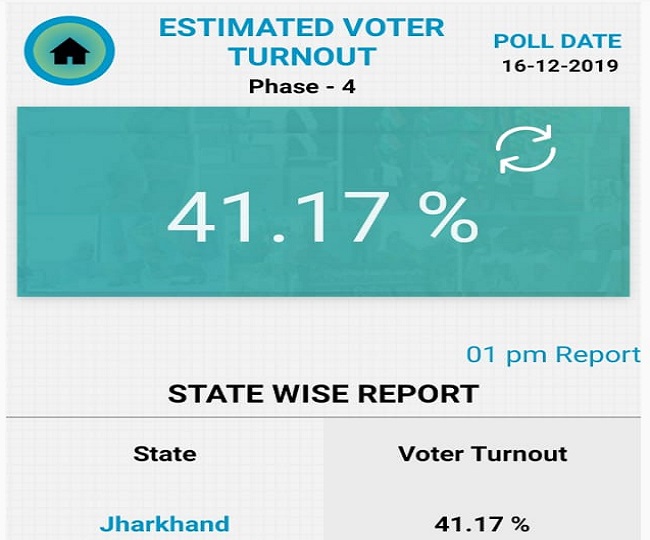 12:43 pm: A total of 47,81,422 voters are eligible to cast their votes in these 15 Assembly constituencies that spread across four districts. 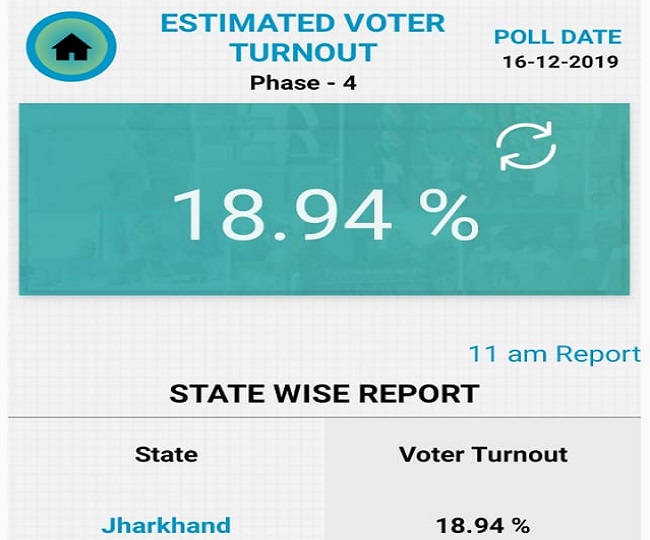 10:30 am: Braving cold weather, voters, including differently abled and senior citizens, were seen waiting in queues outside the polling booths to exercise their franchise.

10:08 am: The maximum, 25 candidates, are contesting from the Bokaro seat while the minimum, eight candidate, are trying their luck from the Nirsa seat. 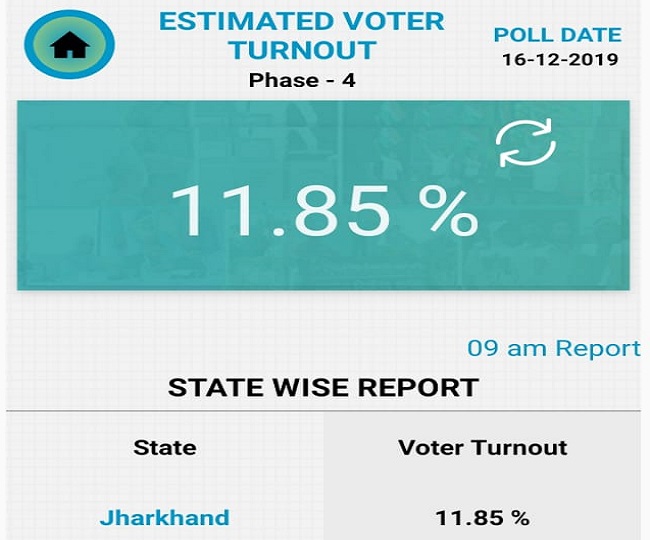 8:34 am: The fifth and the last phase of voting will take place on December 20 and the counting of votes will be held on December 23.

8:15 am: The second phase of elections to Jharkhand Legislative Assembly took place in 20 Assembly constituencies on December 7, while the first phase of voting took place on November 30.

8:00 am: The third phase of elections took place in 17 Assembly constituencies covering 8 districts on December 12.

7:49 am: Visuals from a polling booth in Dhanbad. 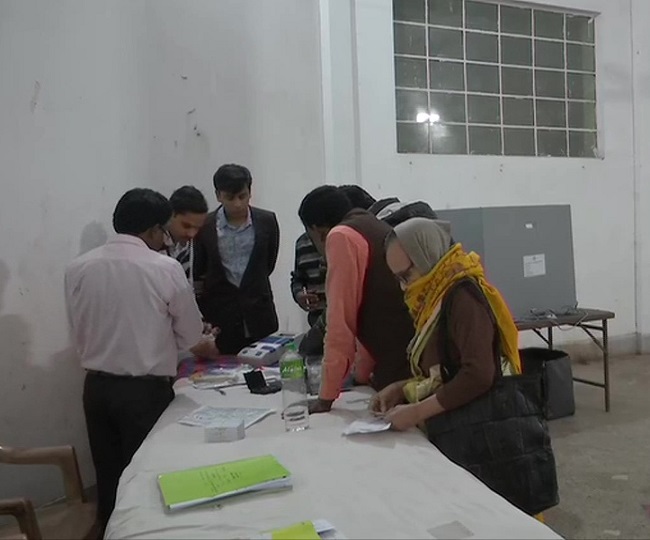 7:15 am: "Today is voting for the fourth phase of Jharkhand Assembly Polls. I appeal to all the voters to cast their votes and participate in this festival of democracy," says PM Modi

7:15 am: The opposition alliance has fielded candidates in constituencies as per their pre-poll seat adjustment.

7:14 am: The ruling BJP has nominated candidates in all the 15 seats going to polls in this phase.

7:12 am: Webcasting would be done in 2,122 booths while only women polling personnel will be present in 70 polling stations.

7:06 am: Voting will commence at 7 am and end at 3 pm at Jamua, Bagodar, Giridih, Dumri and Tundi seats while polling will continue till 5 pm in rest of the constituencies.

7:05 am: Visuals from a polling station in Dhanbad. 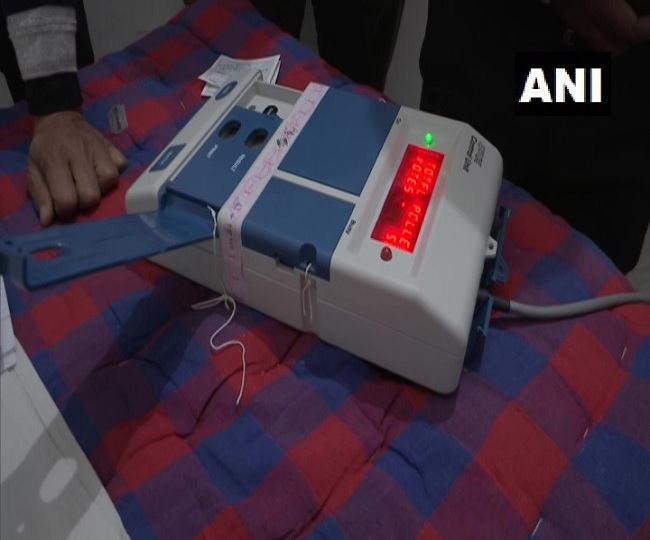 7:00 am: Polling for fourth phase of Jharkhand Assembly Polls begin.