J-K DDC Polls 2020: The voting for the first phase of Jammu and Kashmir District Development Council (DDC) elections and panchayat by-polls was conducted on Saturday.

Srinagar | Jagran News Desk: The voting for the first phase of Jammu and Kashmir District Development Council (DDC) elections and panchayat by-polls has concluded with a voter turnout of 39.70 per cent. The Election Commission had earlier informed that around seven lakh voters will exercise their franchise and decide the fate of 1,427 candidates in the newly formed union territory (UT).

Here are the highlights from the first phase of Jammu and Kashmir DDC Elections 2020:

15:56 pm: It's encouraging to see voters come out to participate in the DDC polls despite the cold weather. I hope as the day progresses more people choose to cast their votes, says National Conference (NC) vice-president Omar Abdullah

15:01 pm: According to Election Commission 39.70 per cent voter turnout has been recorded so far.

13:39 pm: A voter Durga Singh said that the three-tier system will ensure the development of every region in the UT.

"DDC elections are taking place after 70 years. After the panchayat elections, we need to go to MLA for funds. Now, this government conducted BDC elections. Now, the three-tier system is being implemented. We have a lot of expectations from it because panchayats will get the fund directly. People are excited," he said.

13:04 pm: 22.12 per cent votes polled till 11am across Jammu and Kashmir in the ongoing District Development Council (DDC) elections, reports ANI.

13:00 pm: The officials, meanwhile, have informed that it will also check the temperatures of the voters and if someone has a high temperature, the presiding officer will ask him to come to the polling station between 1-2 pm.

11:23 am: "All arrangements including security reviewed and completed. The remote areas to go to polls in first and second phase of polling. Health Department engaged to implement COVID guidelines," the EC had said earlier.

11:21 am: Voters queue to cast their vote Government Secondary School in Budgam's Raithan. 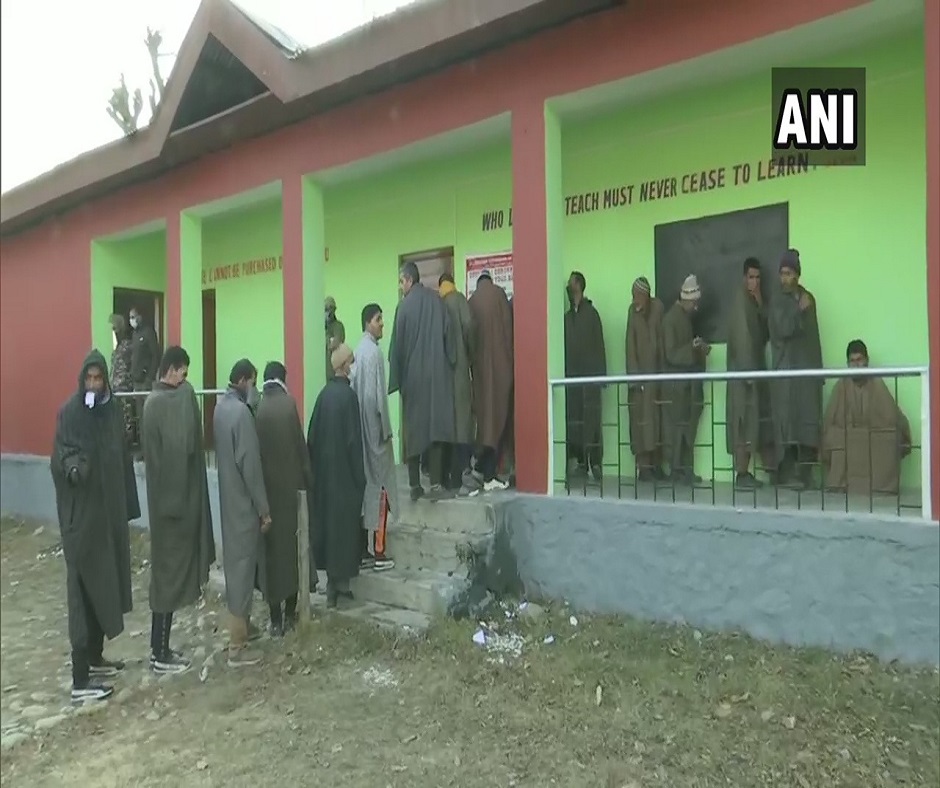 10:27 am: Meanwhile, byelections for 234 vacant seats of Urban Local Bodies (ULBs) are also being held today.

10:01 am: The parties which are contesting the elections are People's Alliance for Gupkar Declaration -- alliance of National Conference, People's Democratic Party (PDP), Peoples Conference and CPI(M) -- and the BJP and Congress.

9:56 am: Voters at Sungri polling station in Chassana area of the Reasi district. 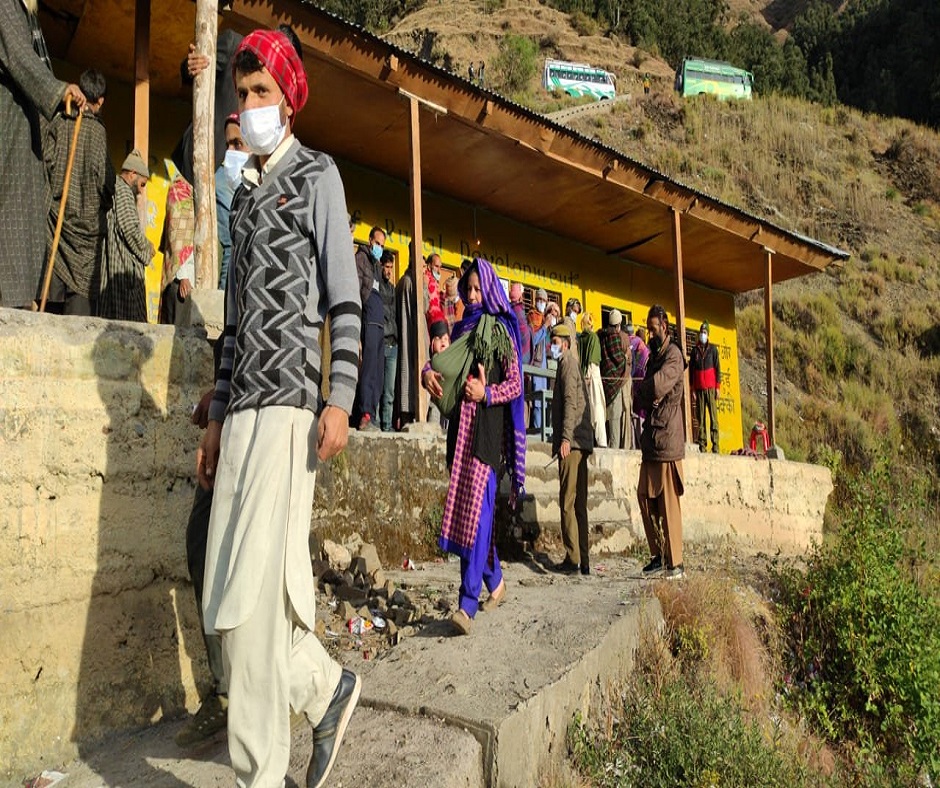 9:07 am: While the polling will be held from 7 am to 2 pm, the election commission has informed that all COVID-19 protocols and guidelines will be followed to check the spread of the deadly coronavirus.

9:06 am: This is the first major election that is being conducted in Jammu and Kashmir since the Centre revoked Article 370 and bifurcated the state into two union territories (UTs) -- Jammu and Kashmir and Ladakh.

8:36 am: Visual from Shamasabad in Khansahib Tehsil of Budgam district. 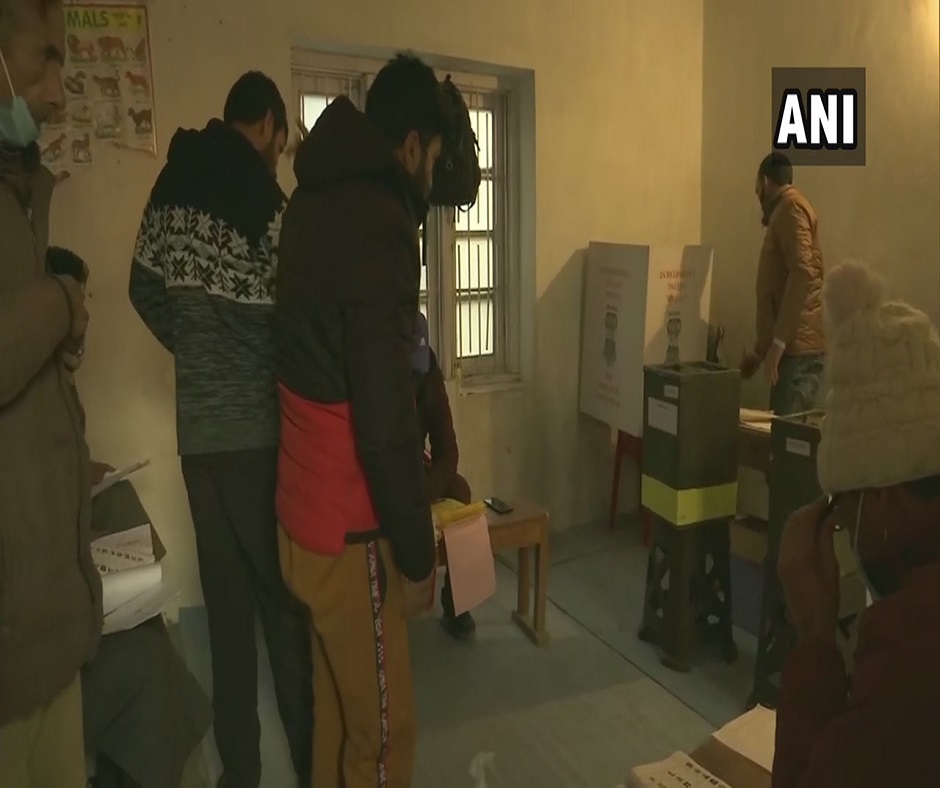 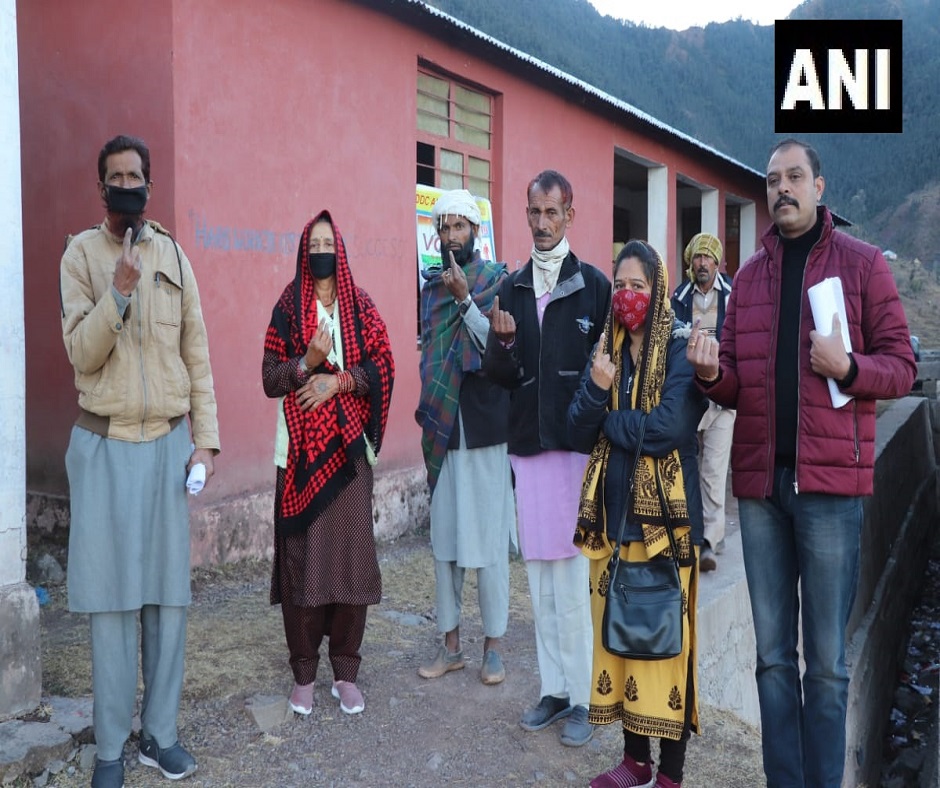 8:01 am: Visuals from Government High School in Garkhal that has been designated as a polling station. 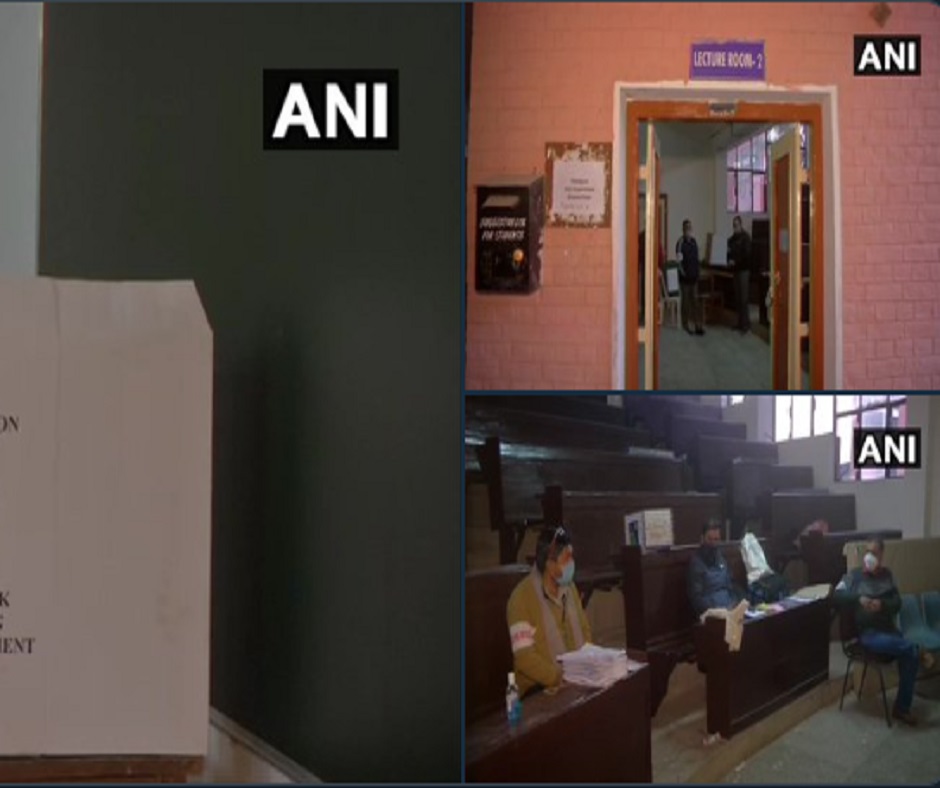 7:50 am: Visuals from Government College For Women in Jammu that has been designated as a polling station. 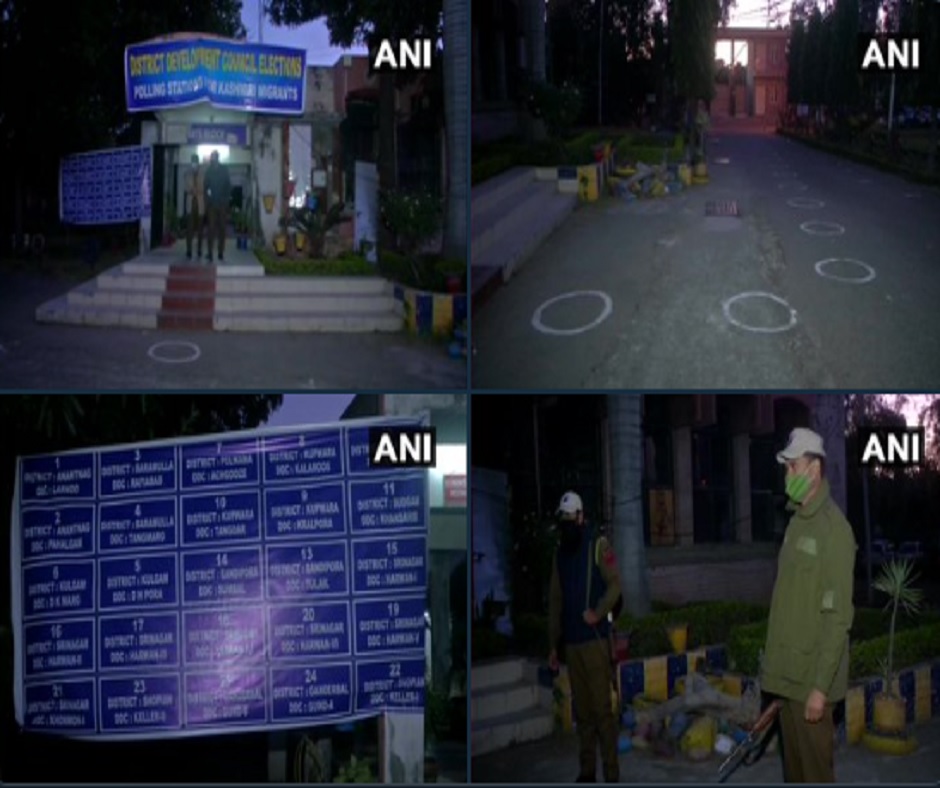 7:30 am: Meanwhile, the sarpanch election will be conducted in 94 constituencies.

7:10 am: It has also said that seven lakh voters eligible to exercise their franchise today.

7:05 am: The election commission has informed that 2,146 polling stations have been set up for the smooth conduct of elections of phase-I.

7:00 am: Voting for the first phase of 8-phase J-K DDC Elections and by-election for panchayats has begun.