Phogat had resigned from the service on 13th August this year.

New Delhi | Jagran News Desk: Wrestler and BJP leader Babita Phogat's resignation from her post in Haryana Police has been accepted by the state police on Thursday. Phogat had resigned from the service on 13th August this year.

“I had joined the party, you can only join the party after submitting resignation else it would have been a conflict of interest. I had submitted my resignation in August,” said Phogat on resignation from her post in Haryana Police.

Phogat might also contest the upcoming state elections in Haryana. She had joined the BJP last month. 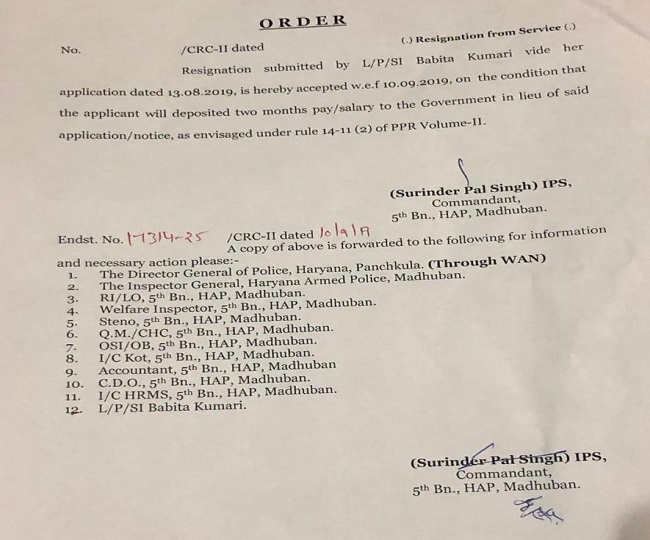 Along with Babita, her father Mahavir Singh Phogat also joined the saffron party. Mahavir also said that they are impressed with the policies and programs of the Narendra Modi government.

He had also praised the Modi government's decision to revoke provisions of Article 370, terming it as a correct decision.

“Scrapping Article 370 and several other decisions taken in the national interest by the Central government have impressed me and millions of countrymen like me. We will be joining the BJP at a function in the national capital,” said Mahavir.

He was also all praise for the ML Khattar-led BJP government in Haryana, saying it had provided jobs to the youths in a fair and transparent manner.