Chandigarh | Jagran News Desk: The Bhatratiya Janata Party (BJP) on Monday released its first list of 78 candidates for the upcoming Assembly elections in Haryana. Chief Minister Manohar Lal Khattar will be contesting from his bastion Karnal constituency. Khattar had won from Karnal seat in 2014.

The list also includes sports stars Babita Phogat and Yogeshwar Dutt. While Phogat will be contesting from Dadri, Dutt will be seen trying his luck from Baroda seat.

The announcement comes a day after the BJP top leadership, including Prime Minister Narendra Modi and Union Home Minister Amit Shah, hurdled over the distribution of tickets in the 90-seat Assembly for over three hours. 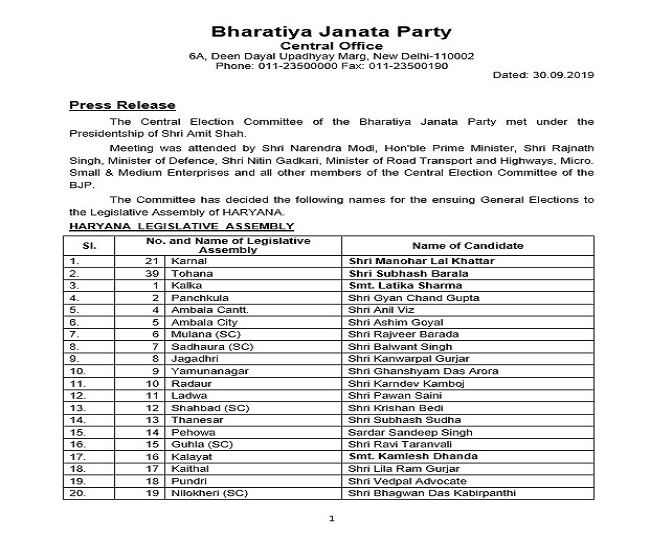 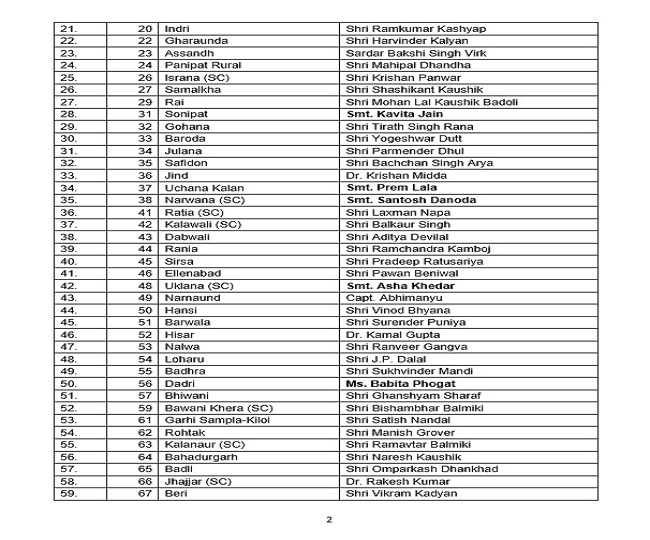 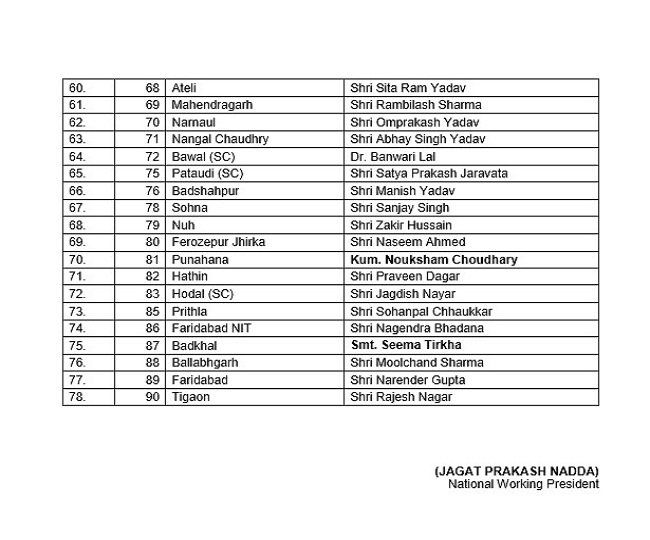 Former Union minister and Jat leader Birender Singh's MLA wife will contest from Uchana Kalan, a seat she had won in 2014.

Party national general secretary Arun Singh said that the party's central election committee has repeated 38 MLAs and dropped seven of them for the polls to the 90-member assembly.

In the 2014 Assembly polls, the BJP had bagged 47 of the 90 seats while the Indian National Lok Dal (INLD) had bagged 19 and the Congress had managed to win only 15 seats. The remaining seats were won by other regional parties and Independent candidates.