Out of the 17 sitting MLAs in the Haryana Assembly, the party fielded 16, barring Renuka Vishnoi who represented the Hansi constituency.

Chandigarh | Jagran News Desk: The Congress on Wednesday night released the list of 84 candidates for the upcoming Haryana Assembly elections, fielding all its sitting MLAs except one.

Apart from Renuka Vishnoi, the Congress has fielded 16 of its 17 sitting MLAs in the Haryana Assembly. 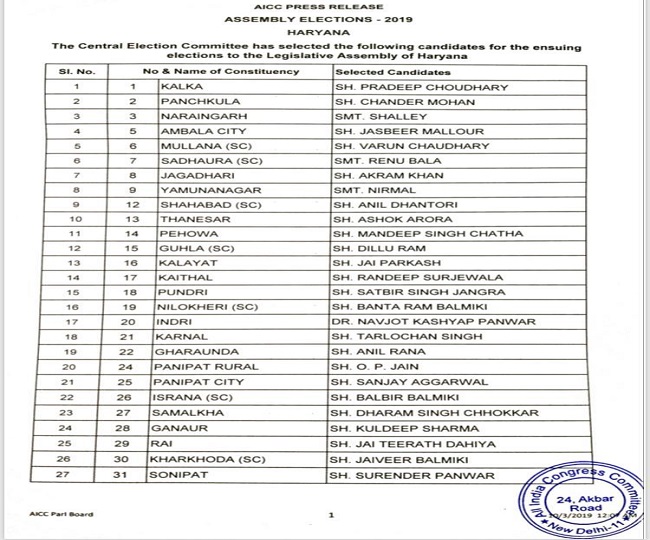 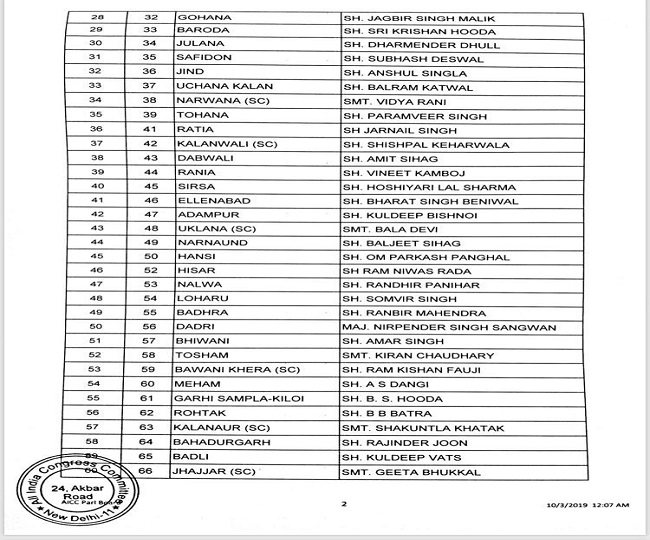 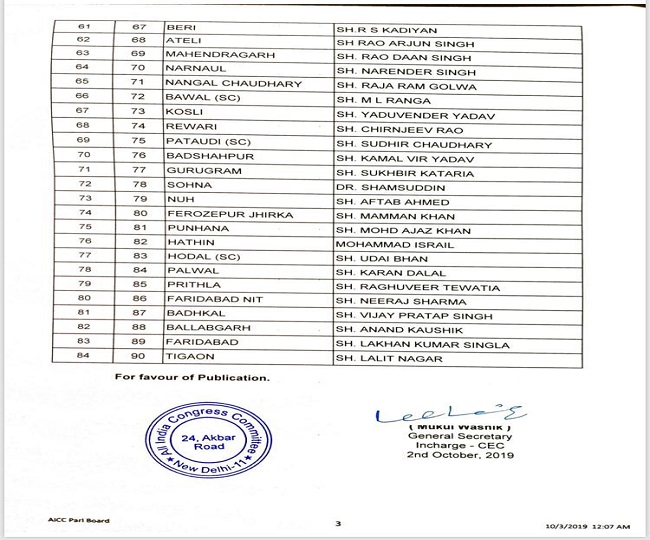 The Congress has fielded both the sons of late former Chief Minister Bhajan Lal, with Kuldeep Vishnoi from Adampur and his brother and former deputy CM Chander Mohan from the Panchkula seat.

The party has also given tickets to Ranveer Mahindra from the Badhra seat and his wife Kiran Chaudary from the Tosham seat. The two are the son and daughter-in-law of former CM Bansi Lal.

Former minister Anand Singh Dangi has been fielded from his traditional Meham constituency.

The names of Haryana Congress chief Selja and former state unit chief Ashok Tanwar do not figure in this list.

In the 2014 Assembly polls, the Congress had managed to win only 15 seats while the BJP won 47 of the 90 seats and the Indian National Lok Dal (INLD) had bagged 19. The remaining seats were won by other regional parties and Independent candidates.