The state is going to polls along with Maharashtra -- both ruled by BJP -- on October 21.

Chandigarh | Jagran News Desk: The Congress on Thursday released the final list of six candidates for the upcoming elections in Haryana. 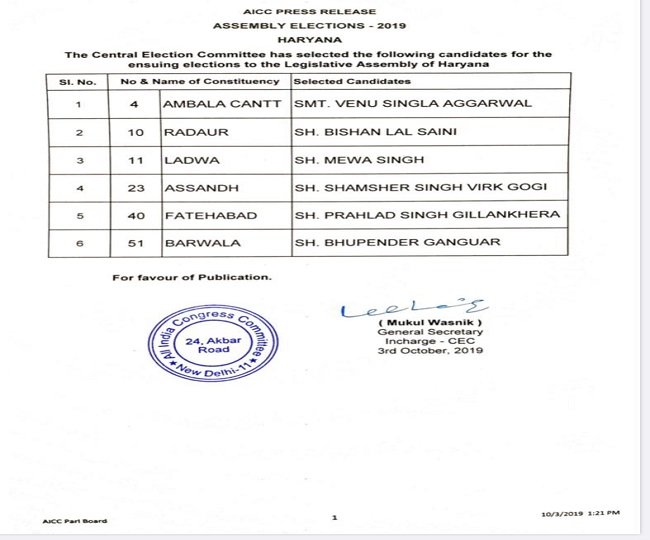 This comes a day after the Congress released its list of 84 candidates for the Haryana Assembly elections. The Congress in its list fielded all its sitting MLAs except one.

The upcoming elections in Haryana will be important for Congress especially after the drubbing it got in the 2019 Lok Sabha Elections.

In the 2014 Assembly polls, the Congress had managed to win only 15 seats while the BJP won 47 of the 90 seats and the Indian National Lok Dal (INLD) had bagged 19. The remaining seats were won by other regional parties and Independent candidates.

The term of the Haryana government ends on November 2. The state is going to polls along with Maharashtra -- both ruled by BJP -- on October 21. The votes will be counted on October 24. The last date for filing nominations is October 4 and the deadline for withdrawing them is October 7.