Delhi Assembly Elections 2020 Voting: According to the voter turnout app of the Election Commission, a turnout of 44.84 per cent has been recorded till 5.00 pm.

New Delhi Delhi | Jagran News Desk: A turnout of 54.78 per cent was recorded on Saturday in Delhi. The polling for the 70 assembly constituencies in Delhi began at 8.00 am on Saturday and will continue till 6.00 pm. Over 1.47 crore voters are eligible to exercise their franchise.

Chief Minister Arvind Kejriwal on Saturday said that he is hopeful that the Aam Aadmi Party would form government for the third time in Delhi. After casting his vote, Kejriwal said that the people of Delhi will vote based on the work done by the AAP government. "Voted along with my family, including my first-time voter son. Urge all young voters to come out to vote. Your participation strengthens democracy," Kejriwal tweeted.

This time, the elections in Delhi will witness a triangular contest between the Aam Aadmi Party (AAP), the Bharatiya Janata Party (BJP) and the Congress. The AAP, under the leadership of Chief Minister Arvind Kejriwal, is seeking to retain the power in the national capital amid a challenge from the BJP. On the other hand, the Congress, which governed Delhi from 1998 to 2013, is hoping to spring a surprise after failing to win even a single seat in the 2015 Assembly Election.

Here are the highlights of the polling for the Assembly Elections in Delhi:

18:06 pm: The polling has ended and according to the voter turnout app of the Election Commission, a turnout of 54.78 per cent has been recorded till 6.00 pm.

16:39 pm: Union Minister Giriraj Singh on AAP alleging that he distributed money to influence voters: I had just gone to the shop to buy some stuff. The shopkeeper is a known person. It has been done to raise an issue of Bihari vs non-Bihari. 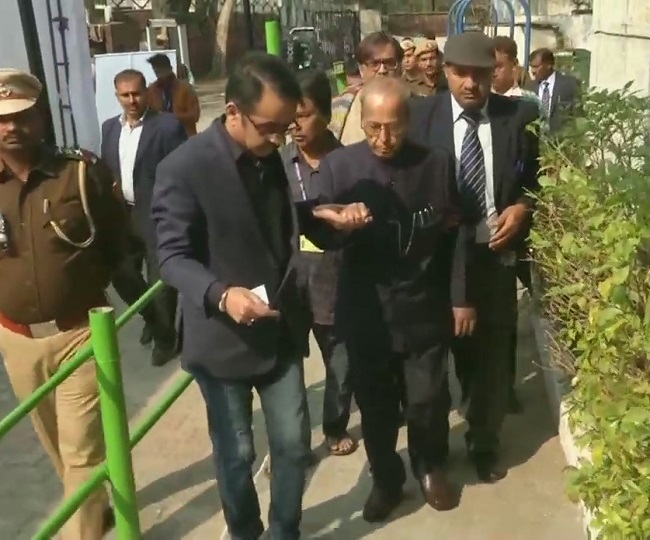 13:29 pm: Raihan Rajiv Vadra, son of Priyanka Gandhi Vadra and Robert Vadra: It was a nice feeling to take part in the democratic process. Everyone should exercise their right to vote; I think everyone should have access to public transport and it should be subsidized for students.

13:22 pm: As soon as I came out from polling booth I saw son of AAP candidate arguing with the police over getting admission inside polling booth. At that moment, an AAP worker Harmesh used abusive language against me. Thank the police who arrested him immediately: Alka Lamba

12:59 pm: Each vote of you is important for the unity and integrity of the country and holistic development of Delhi. Your vote only will be script the golden future of Delhi. 'Pehle Matdan, Phir Jalpan'. Jai Hind: BJP President JP Nadda

12:30 pm: There's adequate arrangement in place for smooth conduct of polls. All senior officers along with the forces patrolling the area. PCR and QRTs deployed at sensitive areas: CP Eastern Range Alok Kumar

12:11 pm: Congress' Alka Lamba tries to slap AAP worker over his alleged comment on her son

11:53 am: Senior Bharatiya Janata Party leader LK Advani and his daughter Pratibha Advani cast their vote at a polling booth on Aurangzeb lane. 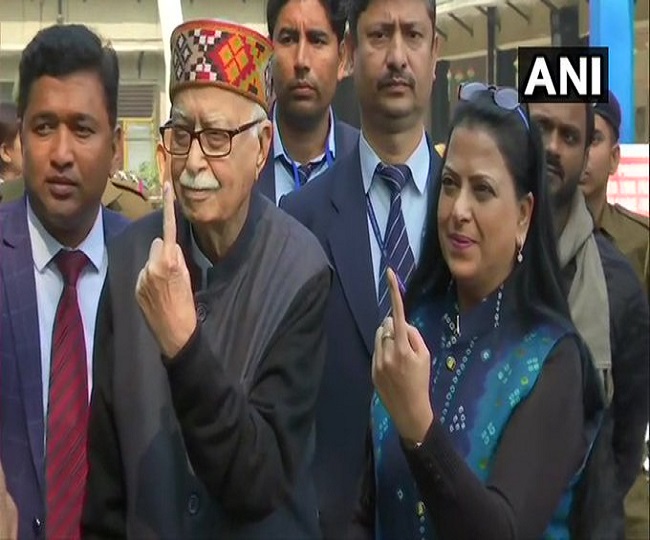 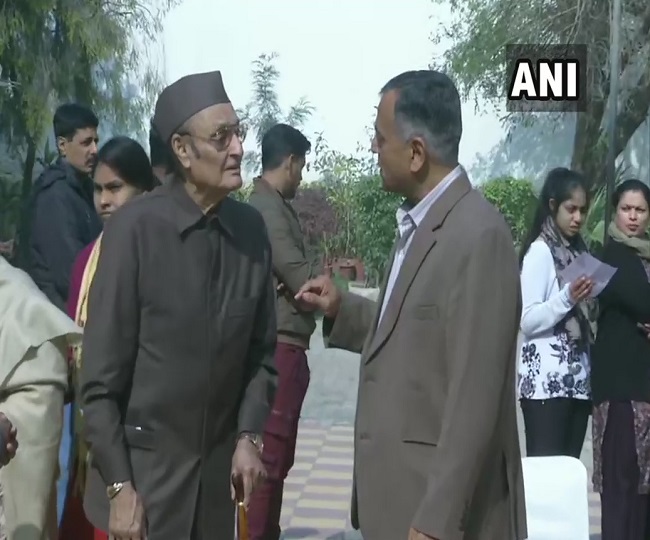 11:36 am: Scuffle breaks out between AAP and Congress workers near Majnu ka Teela, Congress candidate Alka Lamba tries to slap an AAP worker. AAP leader Sanjay Singh has said the party will complain to Election Commission.

11:04 am: Congress Interim President Sonia Gandhi arrives at Nirman Bhawan in New Delhi assembly constituency to cast her vote. She is accompanied by Priyanka Gandhi Vadra who will cast her vote at booth no. 114 and 116 at Lodhi Estate. 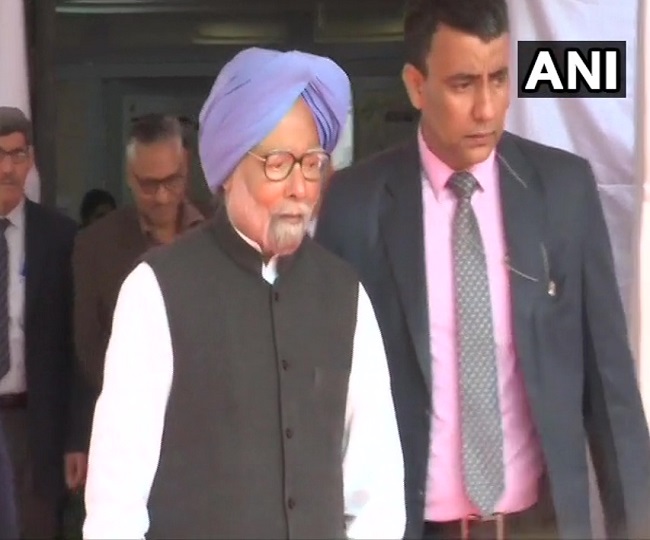 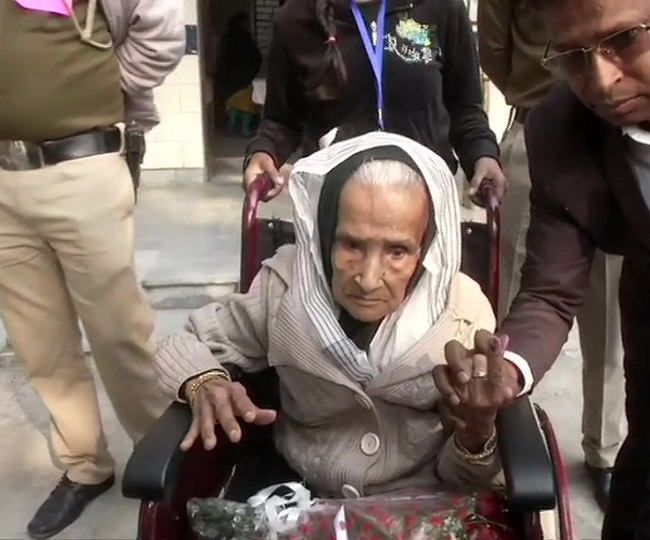 Delhi: Voters queue outside a polling booth in Jamia Nagar as polling for legislative assembly elections is underway pic.twitter.com/d8vqZVd0Xv 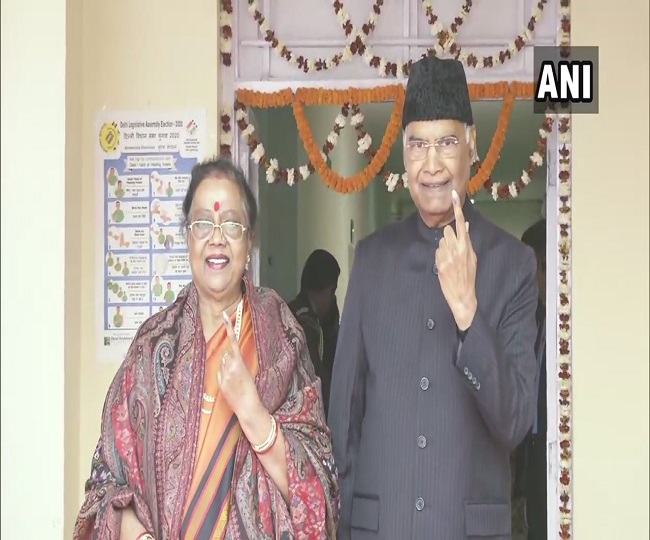 10:25 am: Voted along with my family, including my first-time voter son. Urge all young voters to come out to vote. Your participation strengthens democracy, says Arvind Kejriwal

10:15 am: An election officer deployed at a polling booth in Babarpur Primary School in Northeast Delhi has died: Delhi Police

9:58 am: Chief Minister Arvind Kejriwal along with his family casts his vote at a polling booth in Civil Lines.

9:39 am: Chief Minister Arvind Kejriwal leaves for casting his vote. 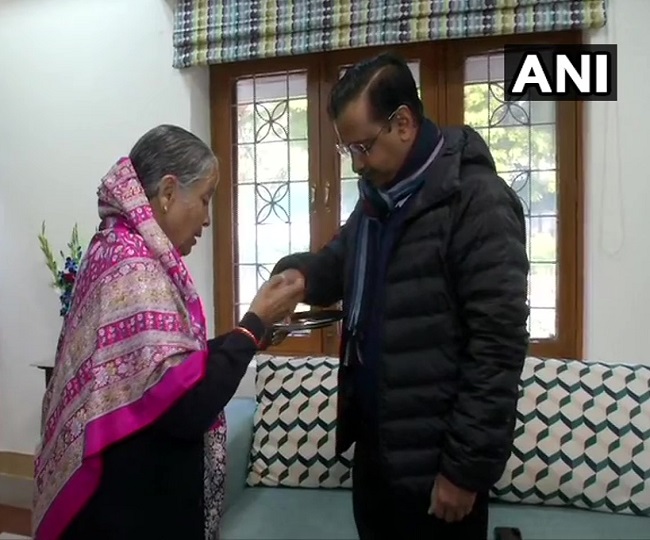 8:59 am: Voting has not yet begun at C10 block booth in Yamuna Vihar due to a technical issue in the EVM. Election Commission's technical team at the spot, reports ANI.

8:47 am: Union Health Minister Dr. Harsh Vardhan along with his mother arrive at Ratan Devi Public School in Krishna Nagar to cast their votes

8:38 am: 'Appeal everyone to participate in this festival of democracy': PM Modi, Arvind Kejriwal urge voters to turn up in record numbers

8:32 am: BJP MP Parvesh Verma casts his vote at a polling station in Matiala assembly constituency.

8:19 am: A queue of voters at a polling booth in Shaheen Public School in Shaheen Bagh, Okhla. AAP's Amanatullah is the sitting MLA and 2020 candidate of the party, he is up against Congress's Parvez Hashmi and BJP's Brahm Singh Bidhuri. 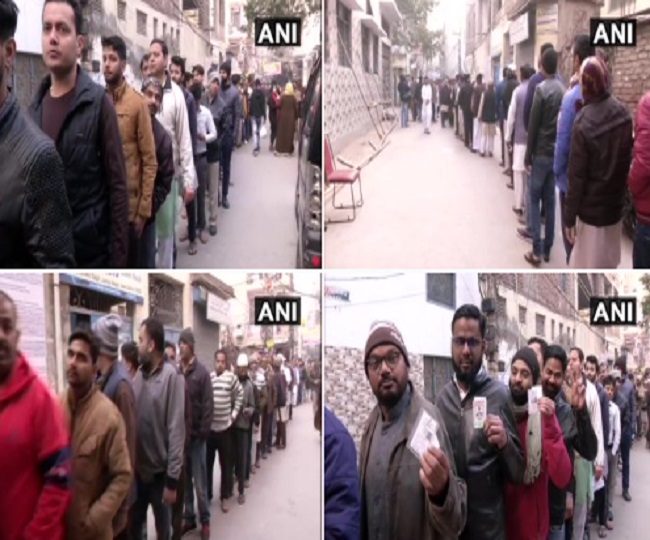 8:12 am: "It is basic duty of every citizen to vote. It is important to get out there and contribute": EAM Dr. S. Jaishankar as he cast his vote at the polling station set up at NDMC School of Science and Humanities Education at Tuglak Cresent. 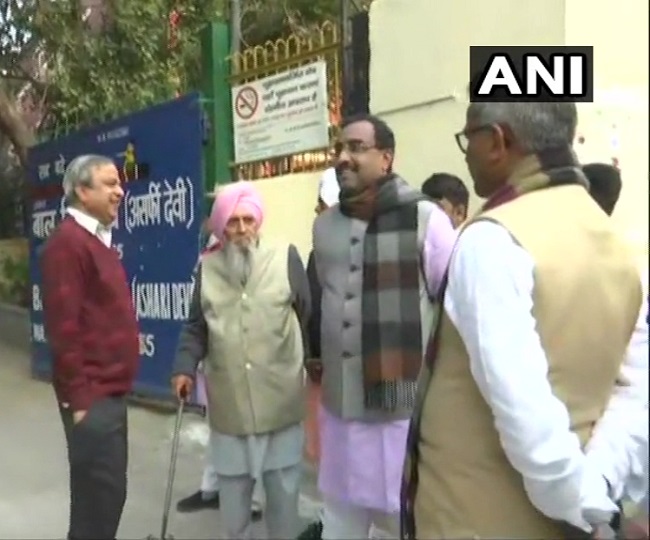 8:07 am: "Urging the people of Delhi, especially my young friends, to vote in record numbers," says PM Modi.

8:05 am: Here’s how you can cast your vote without voter ID card using other identity proofs

8:01 am: Polling for 70 Assembly constituencies in Delhi begins.

7:57 am: I am confident that in the next five years Delhi will have Saaf paani, saaf hawa aur saaf vyavhaar: BJP candidate from Krishna Nagar Assembly constituency Dr. Anil Goel

7:48 am: Today, people of Delhi will vote for better education and future for their children: Delhi deputy CM Manish Sisodia

7:34 am: Key constituencies and top candidates to watch out for in AAP-BJP-Congress battle 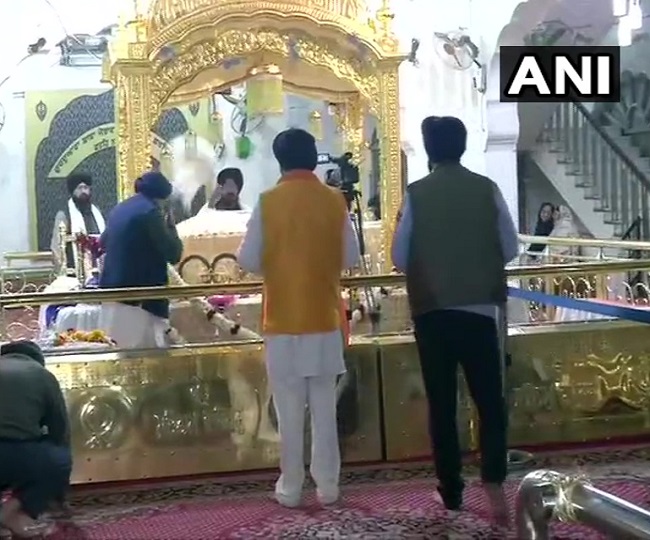 7:32 am: What is VVPAT and EVM and how to cast vote using them? All you need to know

7:31 am: Voters outside a polling station in Jhandewalan area in Karol Bagh assembly constituency. AAP has fielded its sitting MLA Vishesh Ravi from here. BJP's Yogendra Chandolia and Congress' Gaurav Dhanak are contesting from here. 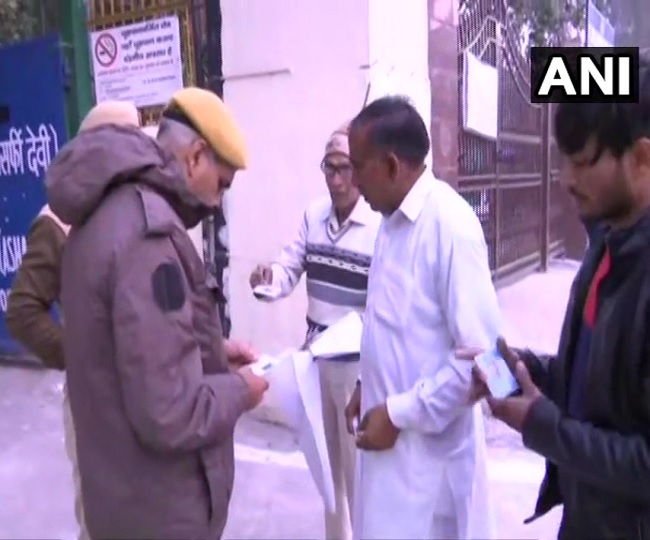