The Ram Vilas Paswan-led LJP on Tuesday released its list of 15 candidates for the upcoming Assembly Elections in Delhi.

New Delhi | Jagran News Desk: The Ram Vilas Paswan-led LJP on Tuesday released its list of 15 candidates for the upcoming Assembly Elections in Delhi. According to the list, Mahesh Dubey will contest from Moti Nagar while Ratan Kumar Sharma will contest from Uttam Nagar. Party leader Namah will contest from Laxmi Nagar.

The list comes on a day when the nominations for the high-stakes Delhi elections began on Tuesday. 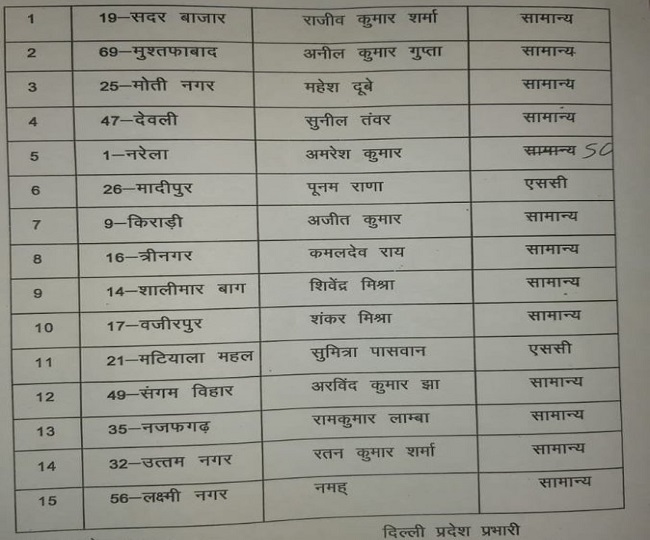 "The notification for the Delhi election was today issued by poll authorities. Nominations have begun for the upcoming Assembly polls," a senior official said.

The counting of votes will be taken up on February 11.

"The nomination process started from today at the offices of returning officers of 70 Assembly constituencies. It began at 11 AM and will end at 3 PM," a senior official of the Delhi CEO Office said.

The last date to file nomination is January 21, the scrutiny will take place on January 22 while the last date of withdrawal of candidature will be January 24.

Over 1.46 crore voters are eligible to exercise their franchise in the February 8 Assembly election in Delhi, according to the final electoral roll.