The Congress on Saturday announced its first list of 54 candidates for the assembly elections in Delhi.

New Delhi | Jagran News Desk: The Congress on Saturday evening announced its first list of 54 candidates for the assembly elections in Delhi. According to the list, former AAP leader Alka Lamba will contest from Chandni Chowk, Arvinder Singh Lovely from Gandhi Nagar while Adarsh Shastri will contest from Dwarka.

Meanwhile, Lakshman Rawat will contest against deputy Chief Minister Manish Sisodia at the Patparganj seat. The party, however, has not decided its candidate against Delhi Chief Minister and AAP supremo Arvind Kejriwal from the New Delhi seat. 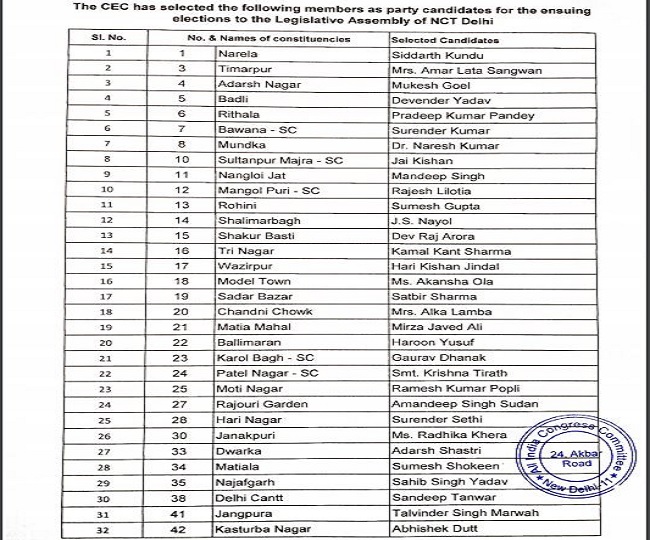 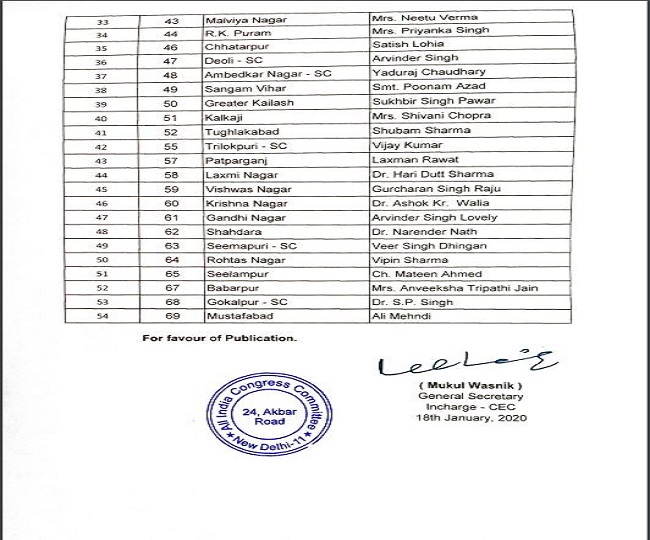 The voting for the assembly polls in Delhi will be done on February 8 while the counting of votes will take place on February 11.

According to the final electoral roll, over 1.46 crore voters are eligible to exercise their franchise in the February 8 Assembly election in Delhi. The term of the 70-member Delhi Assembly is ending on February 22 and a new House has to be constituted before that.