The Bharatiya Janata Party on Friday announced the names names of 57 candidates out of 70 for upcoming Delhi assembly elections.

Meanwhile, Shikha Rai will contest from Greater Kailash, Neelkamal Khatri from Narela and Surendra Singh Bittu from Teemarpur. On the other hand, Vikram Bidhuri will fight the elections from Tughlakabad, Suman Kumar Gupta from Chandni Chowk and Ashish Sood from Janakpuri. Ravi Negi will face deputy-Chief Minister Manish Sisodia at the Patparganj seat.

The BJP however, did not name its candidate against AAP leader and Delhi Chief Minister Arvind Kejriwal with Tiwari saying the candidate from New Delhi seat will be announced soon. 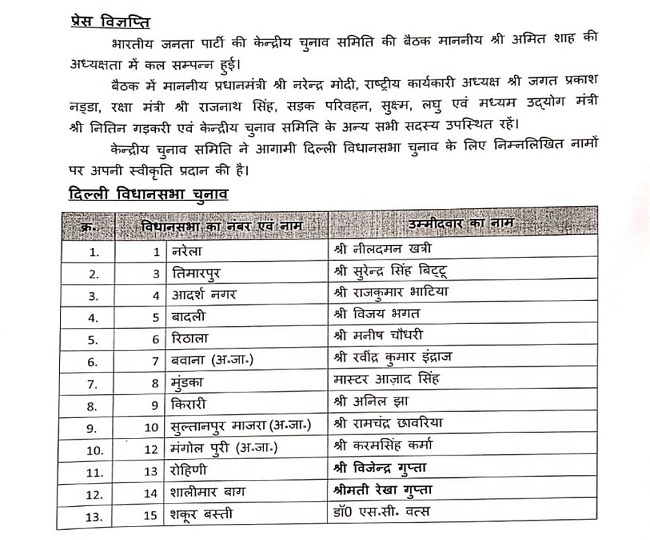 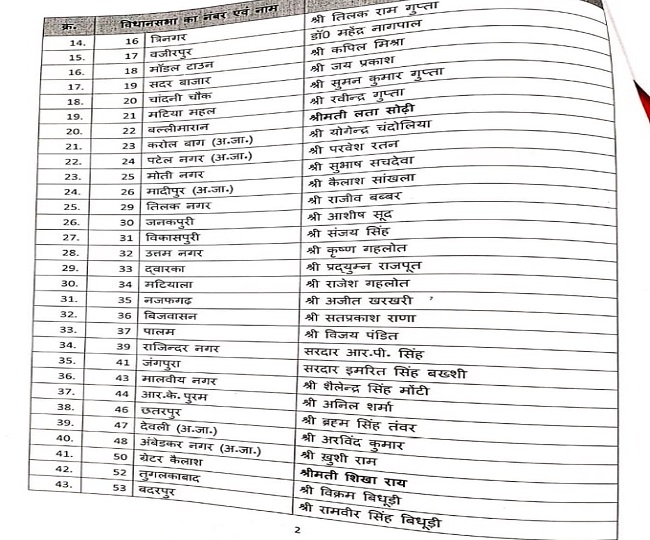 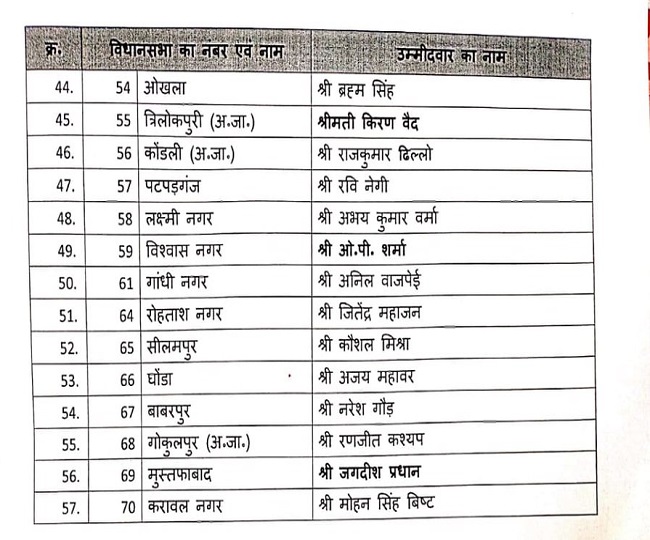 Elections to the 70-member Delhi Assembly promises to be a triangular contest with the AAP hoping to retain power on the plank of development and the BJP and the Congress determined to put up a spirited challenge. The ruling AAP has already announced its list of candidates for the upcoming Delhi Assembly Elections 2020. According to the list, Chief Minister Arvind Kejriwal will contest from New Delhi while deputy Chief Minister Manish Sisodia will contest from Patparganj.

The voting for the assembly polls in Delhi will be done on February 8 while the counting of votes will take place on February 11.

According to the final electoral roll, over 1.46 crore voters are eligible to exercise their franchise in the February 8 Assembly election in Delhi. The term of the 70-member Delhi Assembly is ending on February 22 and a new House has to be constituted before that.