LIVE Bihar Panchayat Election Results: There are 11,592 posts of Gram Panchayat members, 848 posts for Mukhiya, 1186 for Panchayat Samiti members, 134 for Zilla Parishad members, 11,592 for Gram Kachari Panch and 848 for Sarpanch.

New Delhi | Jagran News Desk: The counting of votes for the sixth phase of the Bihar Panchayat Elections started today for more than 26,000 posts of Zila Parishad member, Mukhiya (Village Head), Sarpanch, Panchayat Samiti Member, Ward Member and Panch in 848 panchayats in 57 blocks across 37 districts in Bihar. The counting of votes will decide the fate of over 94,188 candidates. Meanwhile, 3,540 candidates have already been elected unopposed in the sixth phase of Bihar Panchayat Elections 2021, voting for which was conducted on November 3. The candidates and their supporters started thronging outside the counting centre from 7 am onwards. Elaborate security arrangements have been made inside and outside the centre. No one is being allowed to enter the centre without a pass.

Here are the LIVE Updates of Bihar Panchayat Election Results 2021:

1:00 pm: In Araria, the head of Sikatia panchayat Jai Kumar has been defeated. The winner Pramod Kumar Yadav defeated Kumar by 380 votes. Jai Kumar is the brother of Sikti MLA Vijay Kumar.

12:45 pm: Ziaul Haq emerged as the winner of the Dilaghbank panchayat in Kishanganj.

12:00 pm: In Siwan's Kailgarh, the election has been won by Rambalak.

11:25 am: Sanjay Prasad won the Lakdi Dargah panchayat in Siwan.

10:55 am: Sunita Rai has won the election for the post of Mukhiya from Pajaro Panchayat of Kaimur

10:40 am: Tuntun Yadav has won the election of Mukhiya from Deora Panchayat of Modanganj block of Jehanabad district.

10:30 am: Vishal Gupta has won the election for the post of the head from Akolhi Panchayat of Kaimur district.

10:20 am: The election results for the post of Mukhiya from Chhoti Sasaram Gram Panchayat of Udwantnagar block of Bhojpur district have been declared. From here 31-year-old Birender Sah has won. Birendra has got 1440 votes.

10:10 am: Jamuwanti Devi has won the election for the post of Mukhiya from Akhini Panchayat of Nuaon block of Kaimur district.

10:00 am: Satyendra Yadav has won the post of Mukhiya of the Ashra Panchayat of Goh block of Aurangabad.

9:58 am: Sameer Saurabh registered a hat trick of wins on Mukhiya post from Sheohar district's Adauri Panchayat. Meanwhile, Kalawati Devi has won the Mukhiya seat from Kamarpur Panchayat in Buxar.

9:35 am: Priya Singh has defeated Prema Devi to win the Mukhiya elections from Lagma Village in Sonbarsa block situated in the Saharsa district.

9:15 am: Visuals from outside the counting centre in Bettiah. 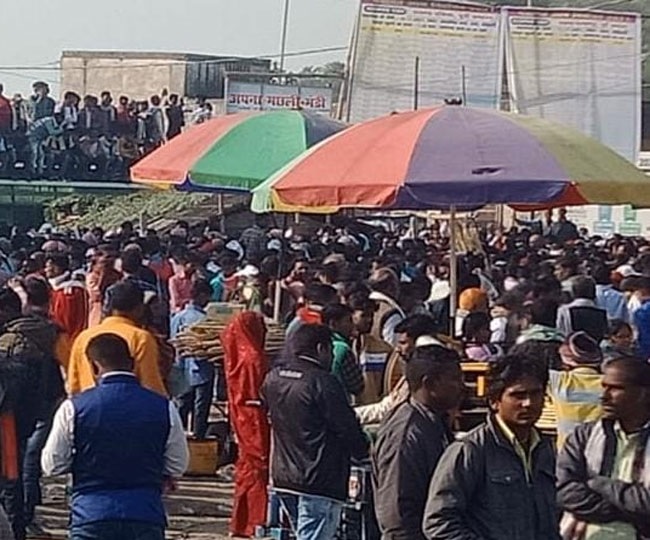 9:00 am: The counting has not started in Patna's Punpun till now. The officials, however, have not confirmed any reason behind the delay in the vote counting process.

8:45 am: A total of 94,188 candidates are in the fray for the posts of Zila Parishad member, Mukhiya (Village Head), Sarpanch, Panchayat Samiti Member, Ward Member and Panch

8:30 am: The voting for the sith phase of the Bihar Panchayat Elections was held on November 3. Due to Chhath Puja and Diwali, the SEC decided to conduct the counting of votes today, 10 days after the voting.

08:00 am: Counting of votes begins across 37 districts in Bihar.