Interestingly, Kumar won't have senior Bihar BJP leader Sushil Kumar Modi as his deputy this time. Instead of Modi, Bihar got two deputy CMs this time in Tarkishore Prasad and Renu Devi. It is being reported that Modi, who has been Nitish's deputy since 2005, will be moved New Delhi where he will be allotted a place in the Union Cabinet. 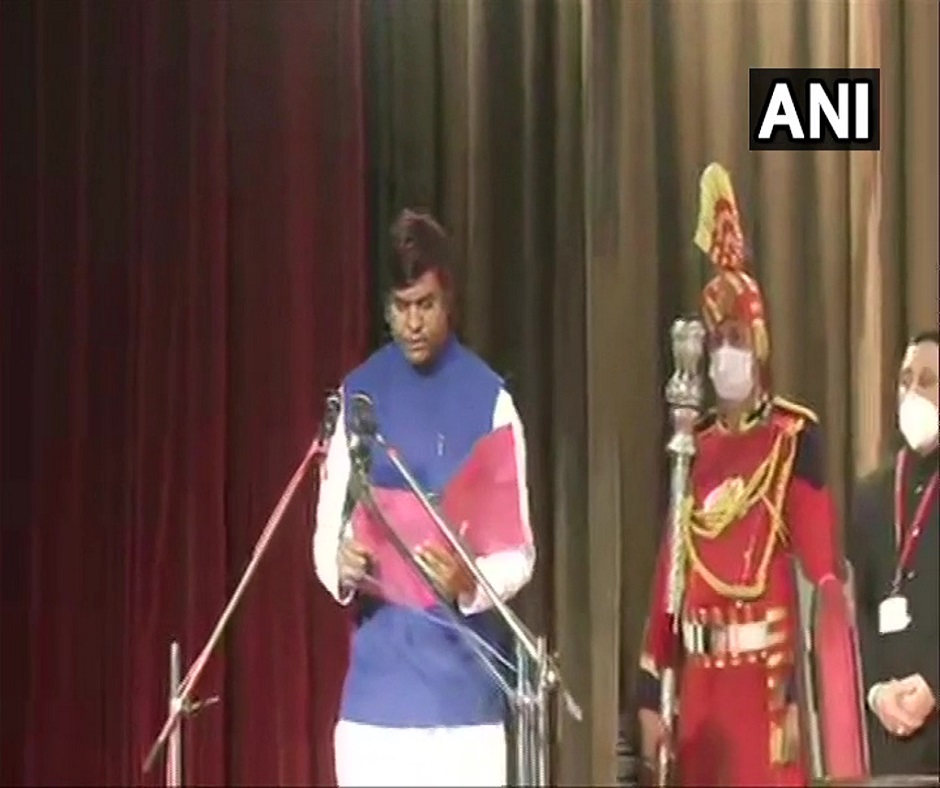 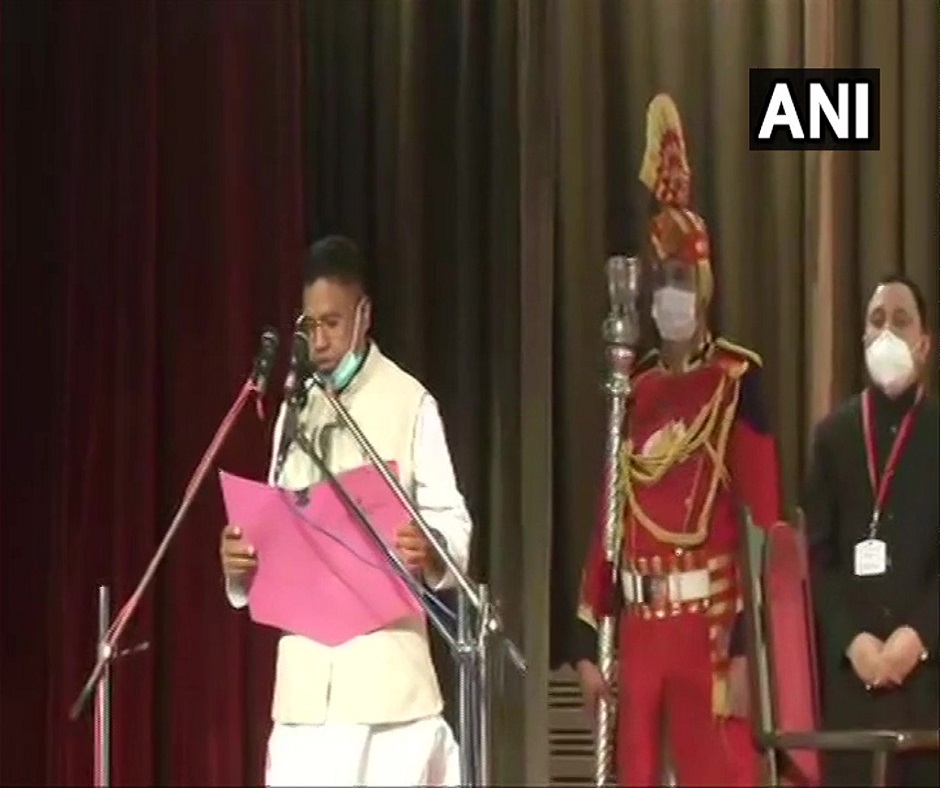 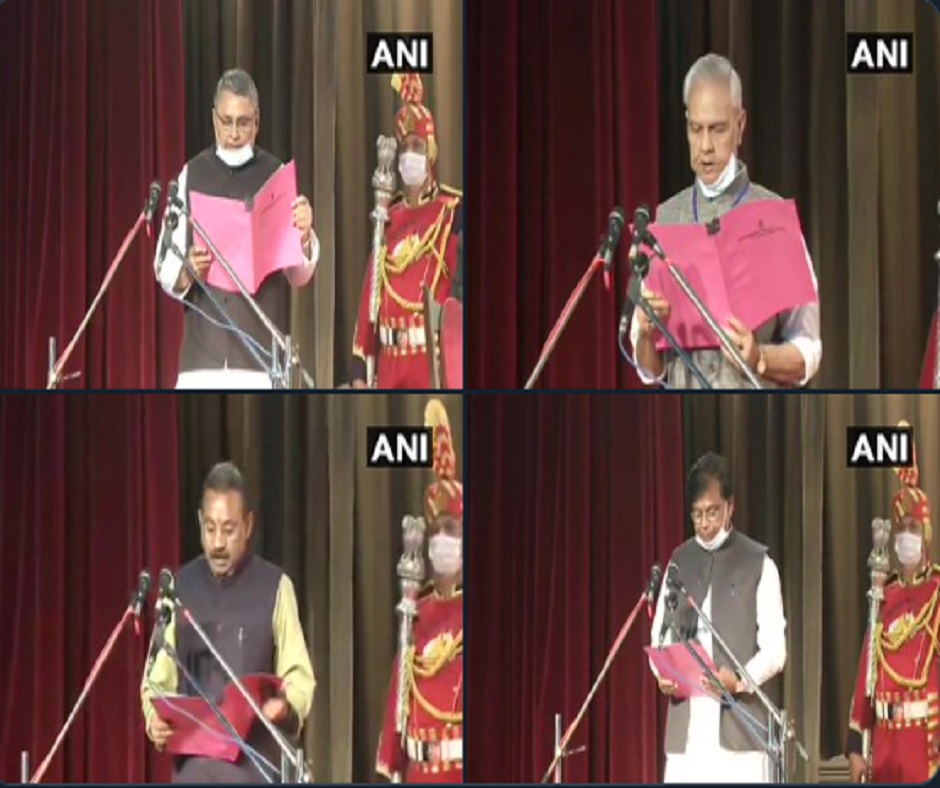 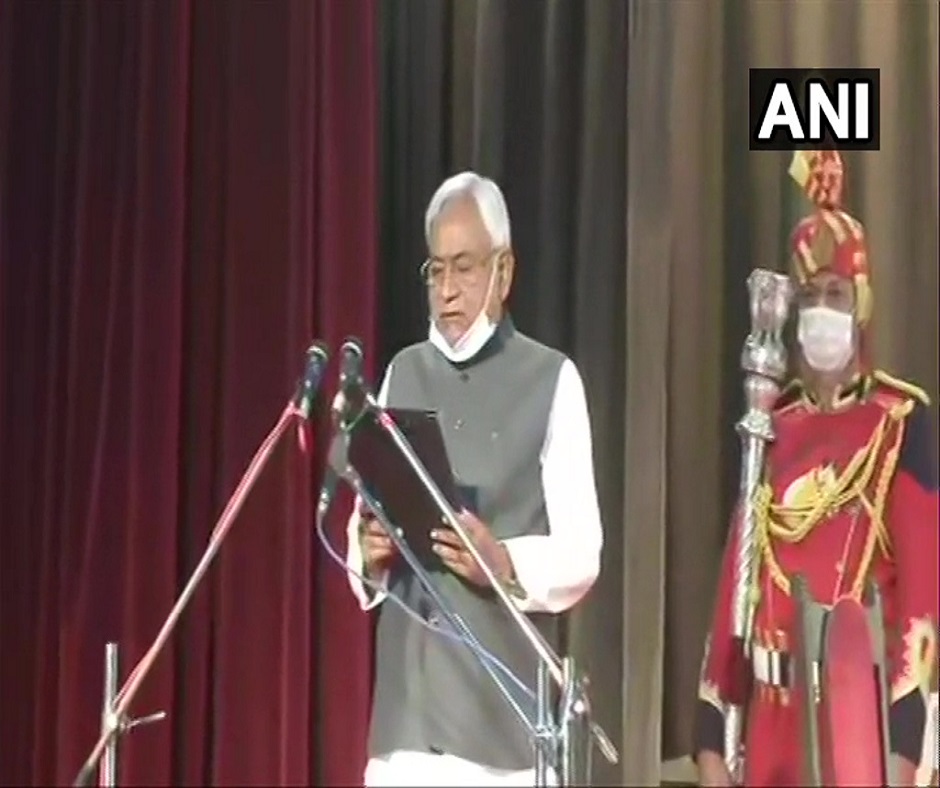 16:33 pm: "Shivanand Tiwari has changed parties again and again and was an MP from JD(U). Not surprising that his loyalty still seems to be with JD(U). He is levelling baseless allegations against Congress to help weak government of JD(U)-BJP," says Bihar Congress In-charge Shaktisinh Gohil

"Congress agreed with all decisions of its allies to keep Mahagathbandhan intact. Also agreed to contest on seats where grand alliance had not won for over 30 years. RJD will have to identify such ppl otherwise parties and Bihar will suffer in days to come," he says.

16:29 pm: Sushil Kumar Modi is also expected to be present at the swearing-in ceremony. 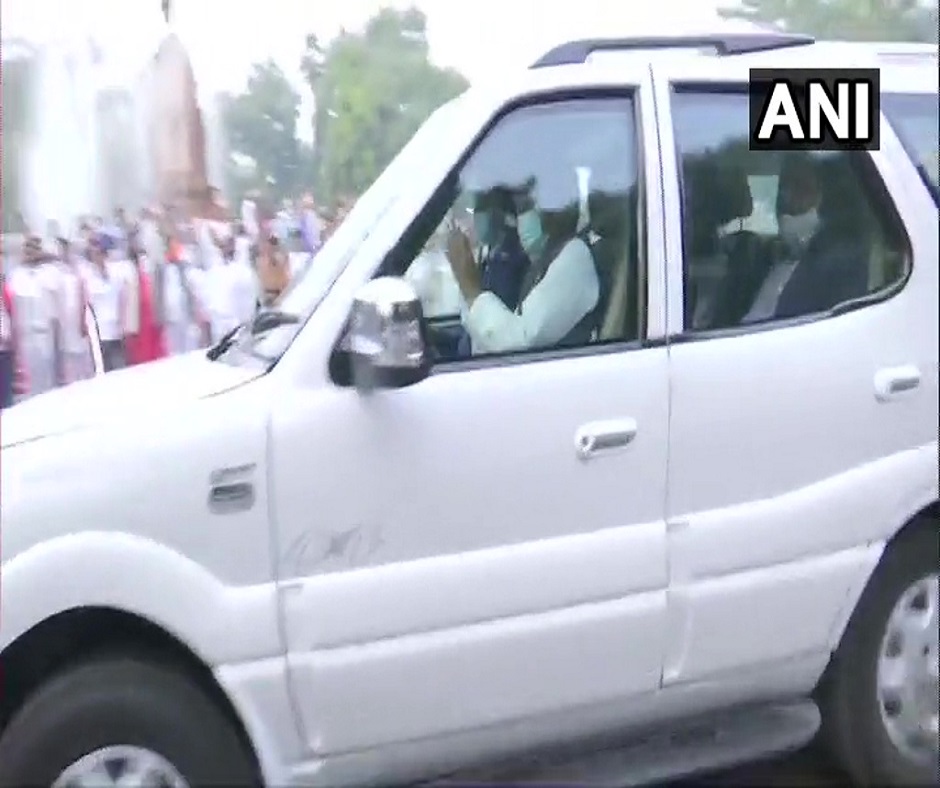 He is in the city to attend the swearing-in ceremony of CM designate Nitish Kumar. pic.twitter.com/yXZEnFqb4y

#WATCH Earlier he used to become CM by betrayal, this time he cannot be called CM...Nitish Kumar is born out of the rape and robbery of people's mandate by BJP: RJD Bihar President Jagdanand Singh on boycotting CM swearing-in ceremony pic.twitter.com/JiED8PB4uO

15:00 pm: We need to discuss our performance in Bihar. Although, it is not party's national issue but of Bihar alone. As far as central leadership is concerned, they supported us. It is Bihar leadership's fault for not using opportunity properly: Congress' Tariq Anwar on Kapil Sibal's tweet

14:13 pm: Meanwhile, Kapil Sibal has once again criticised the top leadership of the Congress, saying that the grand old party "must recognise" that it is "in decline".

"... we need to do several things at several levels - organisationally, articulation in the media in whatever form, putting up people who the people want to listen to, providing an active, thoughtful leadership who can articulate with a lot of circumspection," he said while speaking to Indian Express.

13:11 pm: According to a NDTV report, 14 other political leaders will take the oath of the office today with Nitish Kumar.

12:52 pm: RJD says they will boycott the oath-taking ceremony of Chief Minister-designate Nitish Kumar. "The public gave the mandate to change which is against the NDA," says the party.

12:49 pm: Shivanand Tiwari is senior and must think before making such remarks. Congress isn't RJD. RJD is a regional party and its leaders are confined to Bihar. Rahul Gandhi had said he'll come to Bihar whenever needed and he did so. He can't work like leaders of RJD, says Congress' Tariq Anwar

12:40 pm: It's his personal opinion and not party's stand. There's a proper time and place for any analysis which will be done to identify where did we lack in cooperation and synergy: RJD's Manoj Jha on party leader Shivanand Tiwari's remark 'polls were in full swing and Rahul Gandhi was on picnic'

12:18 pm: On the other hand, the JD(U) will likely get around 11 to 12 seats in the new Bihar cabinet. The VIP and HAM will be accommodated with one berth each, say media reports.

12:12 pm: Meanwhile, media reports suggest that the BJP after its success in the Bihar Assembly Elections 2020 will likely get 20 to 22 seats in the state cabinet.

11:49 am: 'Rahul Gandhi was having picnic, PM Modi older than him but did more rallies': RJD leader slams Congress

11:29 am: According to news agency ANI, RJD's Tejashwi Yadav will not attend the oath-taking ceremony of Nitish Kumar.

11:27 am: Bihar Govt Formation: Nitish Kumar to be sworn-in as CM today, to get 2 deputies from BJP

11:26 am: Meanwhile, Renu Devi has said, "it is a big responsibility. If people have elected us and trusted the NDA, we will work to meet their expectations".

11:25 am: There are indications that Renu ji and I will take oath as Deputy Chief Ministers of Bihar, said Tarkishore Prasad earlier in the day.

11:24 am: According to a report by NDTV, Sushil Kumar Modi will be moved to Delhi where he is expected to get a role in the Union Cabinet. Modi last week had also visited New Delhi and met senior party leaders.

11:23 am: Notably, Nitish won't have Sushil Kumar Modi as his deputy this time. Instead of Modi, BJP's Tarkishore Prasad and Renu Devi will become the deputy CMs of Bihar this time.

11:22 am: Kumar will take the oath of the office in presence of Home Minister Amit Shah and BJP President JP Nadda.

11:18 am: Nitish Kumar will be sworn-in as Chief Minister of Bihar today in Patna.