In a setback to Rashtriya Janata Dal ahead of crucial Bihar assembly elections, party's senior leader and former Union Minister Raghuvansh Prasad Singh has resigned from the party.

New Delhi | Jagran News desk: In a setback to Rashtriya Janata Dal ahead of crucial Bihar assembly elections, party's senior leader and former Union Minister Raghuvansh Prasad Singh has resigned from the party. The 74-year-old leader, who is currently being treated at AIIMS, New Delhi, sent a handwritten note to the party chief Lalu Prasad Yadav informing him about his resignation from the party.

“After Jannayak Karpuri Thakur’s demise, I stood by you for 32 years, but no more. I have great affection for party leaders and activists. I am sorry,” he wrote in his brief one-line resignation letter to Prasad, who is serving sentences in four fodder scam cases in Ranchi. 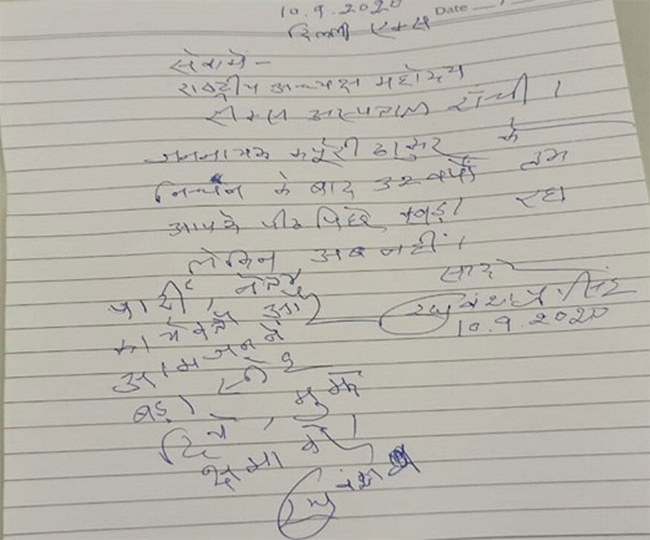 Singh resigned from the post of RJD national vice-president in June. The veteran leader was admitted to the All Indian Institute of Medical Sciences (AIIMS), Patna after testing positive for the novel coronavirus. Singh, admitted to AIIMS, New Delhi, because of post- COVID complications, had earlier announced his resignation in June but was persuaded by Prasad to stay back. On Wednesday, Singh was moved to Intensive Care Unit (ICU).

Singh, who held several portfolios in the Manmohan Singh government, including that of rural development, was reportedly unhappy over the proposed induction of alleged mafia don and former Lok Janshakti Party MP from Vaishali Rama Singh into the RJD. Thakur is a prominent socialist leader and former state chief minister.

He was also not happy with the style of functioning of Prasad''s heir apparent and leader of the opposition in the Bihar assembly Tejashwi Yadav, party sources said.