As per the candidate list released by CM Nitish Kumar's JD(U), Chandrika Rai, the father-in-law of Lalu Prasad Yadav's son Tej Pratap Yadav, who recently joined the JDU, will contest the elections from Parsa Assembly constituency, while Lalan Paswan will be contesting the election from the Chenari constituency. 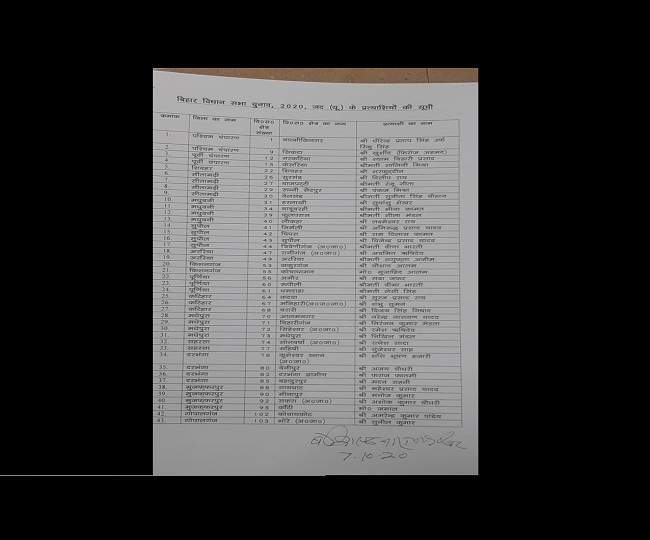 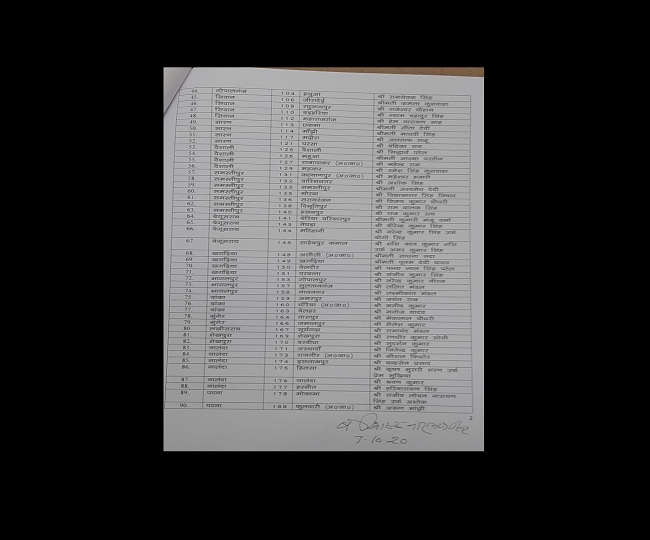 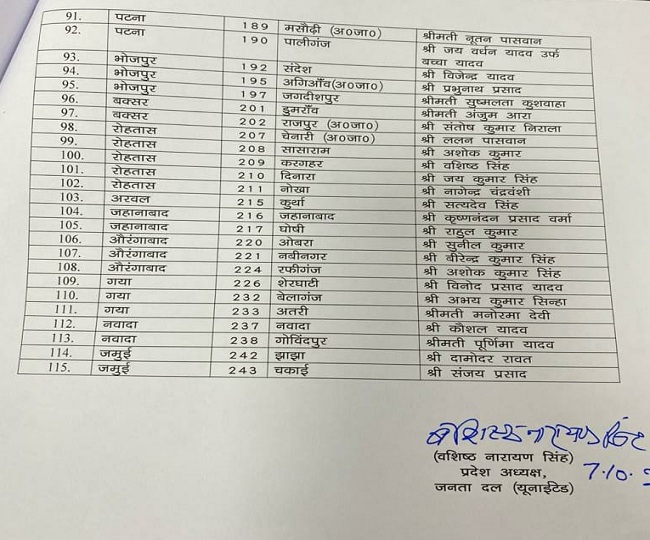 The Nitish Kumar-led Janata Dal (United) has also decided to give 7 seats to Jitan Ram Manjhi's Hindustani Awam Morcha (HAM) from its quota. On the other hand, the BJP today announced that it has given 11 seats to Vikasshaleen Insaan Party (VIP) from its share of seats.

This year, the JD(U), BJP, HAM and new entrant VIP will be contesting the Bihar Assembly Elections together under the umbrella of National Democratic Alliance (NDA).