Bihar Assembly Election 2020: The BJP on Sunday announced its candidates for the second phase of Assembly Polls in Bihar.

New Delhi | Jagran News Desk: The Bharatiya Janata Party (BJP) on Sunday released its list of candidates for the second phase of Assembly Election in Bihar. As per the second list of candidates of the BJP, Renu Devi will contest from Bettiah while Mithilesh Tiwari will fight from Baikunthpur. Asha Sinha, on the other hand, will contest from the Danapur Assembly Constituency.

Interestingly, the saffron from has also fielded state minister Nand Kishore Yadav from Patna Sahib. The BJP has also given ticket to son of former chief minister Jagannath Mishra, Nitish Mishra, who will contest the upcoming election from Jhanjharpur Assembly Constituency. 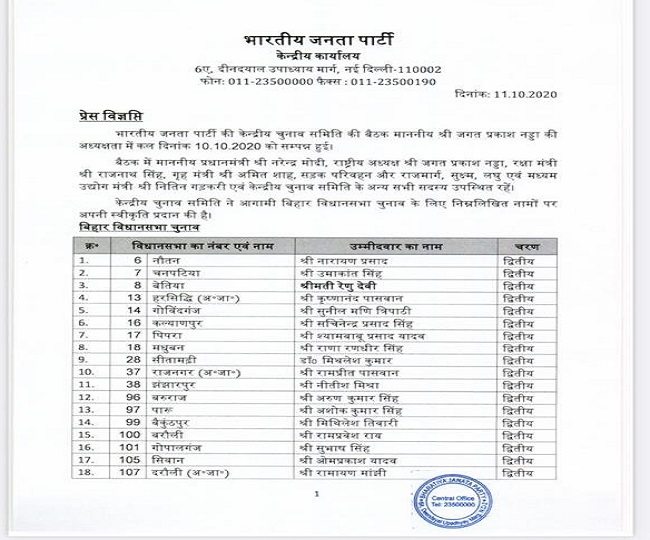 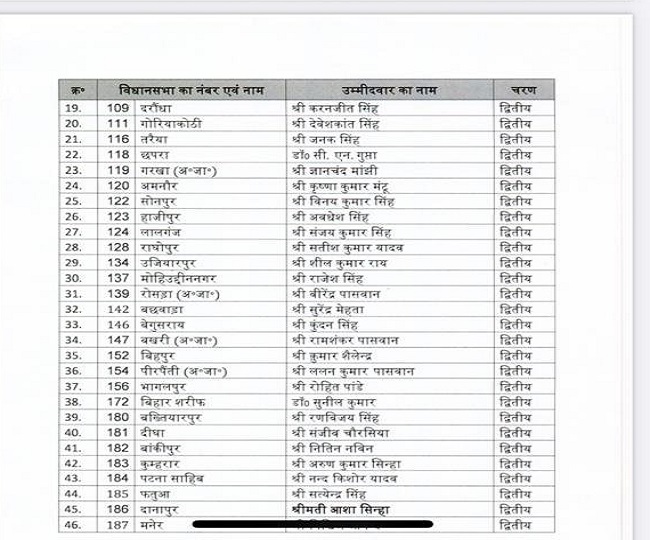 According to the seat-sharing formula, the BJP will contest Bihar elections on 121 seats while Nitish Kumar's JD(U) will contest on 122 seats. While the BJP has given 11 seats to Vikassheel Insaan Party (VIP), the JD(U) has given seven seats to Jitan Ram Manjhi's Hindustani Awam Morcha (HAM).

The assembly polls in Bihar will be held in three phases on October 28, November 3 and November 7. The results, meanwhile, will be announced in November 10.