Assembly Elections 2021: Mamata Banerjee on Sunday addressed multiple rallies in West Bengal's Howrah and said that "Gujaratis are trying to capture Bengal by bringing goons from UP and Bihar".

New Delhi | Jagran Politics Desk: Union Home Minister Amit Shah on Sunday cut short his Assam poll campaign after the deadly Sukma attack that claimed the lives of more than 20 personnel of the security forces. Sunday was the last day for poll campaiging in all four states -- West Bengal, Tamil Nadu, Kerala and Assam -- and union territory of Puducherry.

Meanwhile, Trinamool Congress chief Mamata Banerjee on Sunday addressed multiple rallies in West Bengal's Howrah and said that "Gujaratis are trying to capture Bengal by bringing goons from UP and Bihar". She also accused the Bharatiya Janata Party of creating communal disturbance in Bengal. 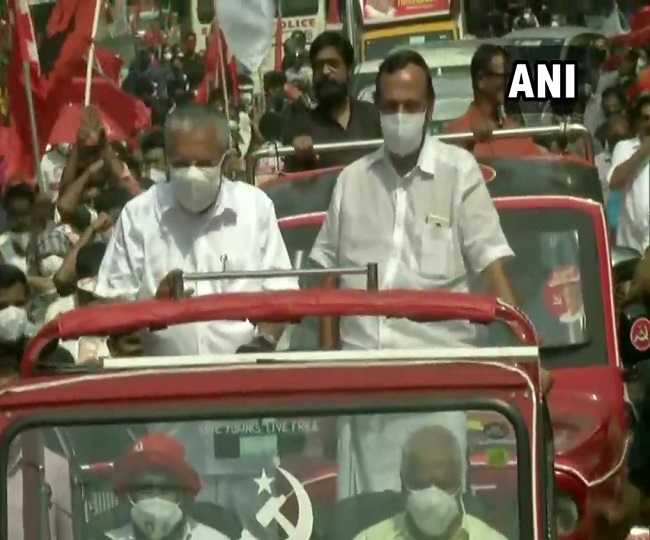 17:00 pm: In Tamil Nadu, under the leadership of AIADMK we are forming the government. The signals in the two phases of West Bengal clearly have shown that BJP is heading towards victory:, says BJP president JP Nadda in Chennai.

14:46 pm: Modi is syndicate 1 and Amit Shah is syndicate 2. They are sending agencies to Abhishek's house, Sudip's house and to the house of Stalin's daughter. They are continuously changing police officers, says Mamata Banerjee.

13:59 pm: They (BJP) are giving big dialogues about giving money to farmers. I have sent them (Central government) the list (of beneficiaries). Why aren't they sending the money?, says Mamata Banerjee in Howrah.

Gujaratis are trying to capture Bengal by bringing goons from UP and Bihar. We will not allow Bengal to become like Gujarat. BJP tries to create communal disturbance, she added.

13:51 pm: Union Home Minister Amit Shah has cut shorts his poll campaign in Assam and is returning to Delhi in view of Naxal attack in Chhattisgarh. He is returning after addressing one out of three rallies he was supposed to address, says BJP's co-in charge for Assam polls Jitendra Singh.

13:45 pm: The kind of hooliganism we are witnessing in Bengal, similar disruption used to happen in Kashmir. Today, in Kashmir, not terrorism but development is on the rise, says Yogi Adityanath in Jangaipara.

With the formation of BJP government in Bengal, goons of TMC will meet the same fate like the goons of UP. These goons will be on their knees after poll results. If Didi uses foul language, youths of Bengal will give her a befitting reply, he added. 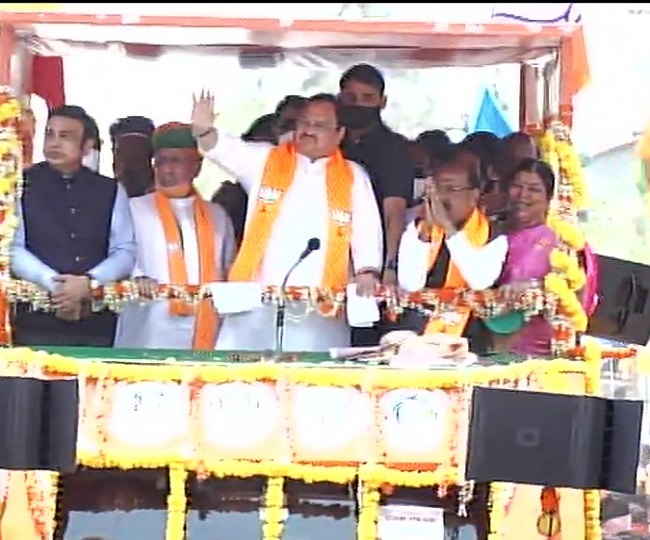 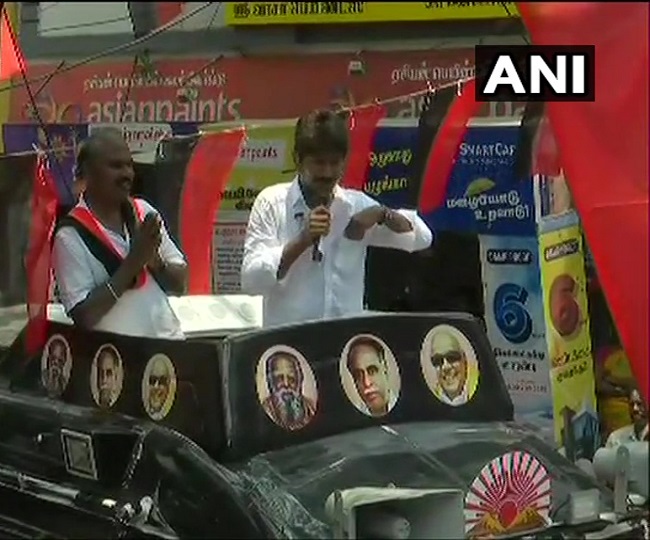 11:59 am: 200 companies of Central Armed Police Forces (CAPFs) will be moved from Assam after the third phase of polling on April 6. They will be deployed in West Bengal, reports ANI. 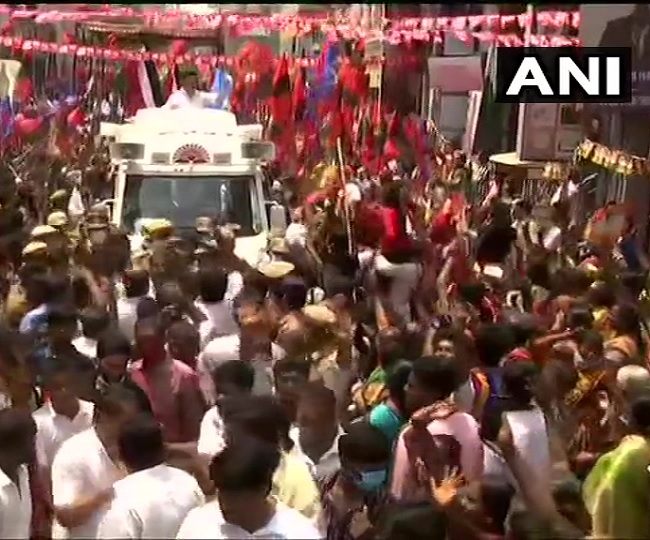 11:25 am: Just In: Prime Minister Narendra Modi will address another rally in West Bengal's Howrah on April 6 ahead of the fourth phase of state assembly elections due on April 10, reports News18.

10:53 am: Meanwhile, the BJP on Sunday slammed Chhattisgarh Chief Minister Bhupesh Baghel for campaigning in Assam at a time when five security forces personnel have lost their lives in the Sukma encounter.

10:22 am: The Congress has slammed the election commission over its handling of allegations against Assam Minister Himanta Biswa Sarma and said that the poll body has turned into an Election "Commission".

"Today, we are here in order to express our deep dismay and disappointment at the decision of the Election Commission to reduce the barring period for Himanta Biswa Sarma's campaigning period from 48 hours to 24 hours," said Congress' Ashwini Kumar.

9:37 am: There is no doubt that Bharatiya Janata Party will form the government in Assam, says state minister Himanta Biswa Sarma.

9:17 am: Senior Congress leader Salman Khurshid had on Saturday said that the grand old party is committed to correct BJP's governance of division, distortion and deceit if voted to power in Assam.

8:50 am: Also Read -- Assam Polls: EC reduces campaigning ban on Himanta Biswa from 48 hrs to 24 hrs over his remark against Hagrama Mohilary

8:48 am: Assam Minister Himanta Biswa Sarma will also resume his campaign after the election commission reduced his from 48 hours to 24 hours.

8:35 am: Former Congress chief Rahul Gandhi will also hold multiple roadshows in Kerala today. He will first visit the Thirunelly temple and hold meetings at Vellamunda in Mananthavady and Poojapura Mandapam.

8:30 am: TMC chief Mamata Banerjee will visit three districts -- Hooghly, Howrah and South 24 -- today ahead of the third phase of polls in West Bengal.