Assembly Elections 2021: So far polling for five phases of West Bengal polls have concluded while voting for sixth, the seventh and eighth phase will be held on April 22, April 26 and April 29 respectively.

Kolkata | Jagran Politics Desk: Union Home Minister Amit Shah, while addressing a rally in Purba Bardhaman, on Sunday made blistering attack at Trinamool Congress (TMC) chief Mamata Banerjee and said that she is "demoralised" as the Bharatiya Janata Party (BJP) is more than 122 seats ahead of her after the five phases of polling in West Bengal.

The eight-phase assembly election in West Bengal is underway. So far polling for five phases have concluded while voting for sixth, the seventh and eighth phase will be held on April 22, April 26 and April 29 respectively. Meanwhile, the declaration of results will take place on May 2.

17:50 pm: Just In: Election Commission of India imposes a 24-hours ban on TMC's Sujata Mondal commencing from 7 pm on April 18 to 7pm on April 19 over her "remarks against Scheduled Caste community in an interview to a TV channel" 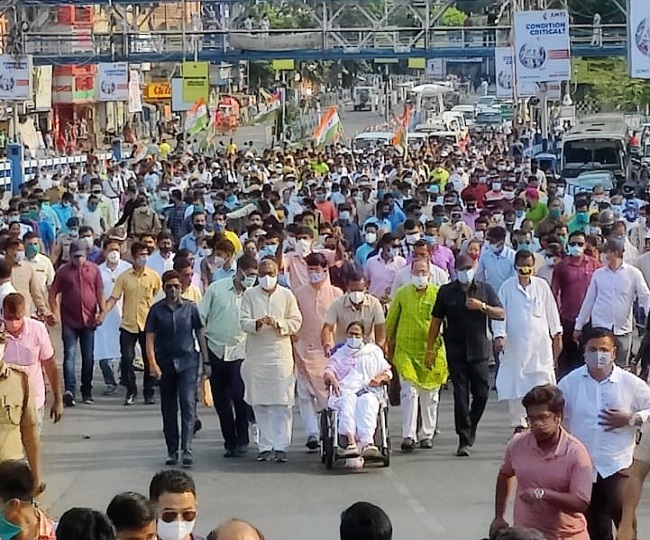 15:39 pm: There's shortage of Remdesivir and oxygen in country....Today there's no medicine in our country but medicines were sent to 80 countries. I don't have any problem if you send medicines, first provide it to your nation. You're doing this to glorify your name, says Mamata Banerjee. 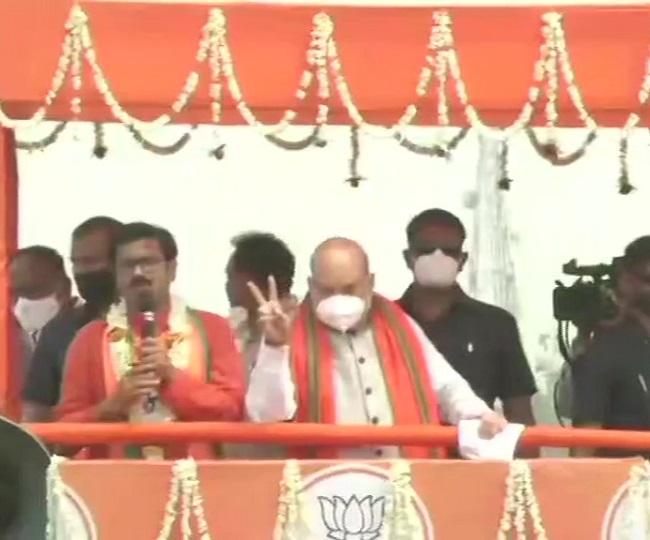 13:34 pm: Bengal has three types of citizens. Across India, usually, one type of citizens live. But it's different here in Bengal. 1) The infiltrators, that Didi likes so much. Only BJP can stop Bengal from infiltrators. 2) The common people, like you and I, who are treated like second-grade citizens in Bengal. 3) The refugees such as Matuas and Namshudras, who haven't got citizenship for nearly 70 years now and cannot lead a decent life. They should get citizenship and BJP will provide that, says Amit Shah.

12:43 pm: It is clear that BJP with 122 seats is way ahead of Mamata didi. We want to change the model of 'Bum, Bandook or Barood' with 'Vishwas, Vikaas or Vyapaar', says Amit Shah in Purba Bardhaman.

11:44 am: Just In: Congress leader Rahul Gandhi suspends all his impending public rallies in West Bengal in view of the prevailing COVID-19 situation and urges all other political leaders to comprehend over the same.

"This is also the first time when such huge crowds of sick people and a record number of deaths have been seen," he tweeted on Sunday.

11:25 am: PM Modi had also asserted that Banerjee and bhatija will be vanquished after eight phases of elections (are completed).

"I have come here twice during Lok Sabha elections. Last time I came to seek votes for Babulji (Union Minister Babul Supriyo, who is the Asansol MP). The first time I came for myself. But the crowd was only a quarter of this size...," PM Modi had said.

11:23 am: On Saturday, Prime Minister Narendra Modi had addressed a large rally in West Bengal and attacked the Mamata Banerjee government over the Cooch Behar incident, saying the TMC is busy doing politics over the dead.

9:51 am: The election commission will also declare the results of Tamil Nadu, Kerala, Assam and Puducherry polls on May 2.

9:15 am: Meanwhile, the counting of votes for West Bengal elections will take place on May 2.

8:45 am: So far polling for five phases have concluded in West Bengal while voting for sixth, the seventh and eighth phase will be held on April 22, April 26 and April 29 respectively.

8:20 am: Shah will first address a public meeting in Purbasthali Uttar at 11 am. At noon, he is expected to hold a roadshow in Nakashipara.