New Delhi | Jagran News Desk: Bharatiya Janata Party (BJP) president JP Nadda will address public meetings in Tamil Nadu on Friday to boost the prospects of Bharatiya Janata Party (BJP) candidates in the upcoming Assembly elections. Nadda will kick off the day at a public meeting at the Sabha Sthals in Tittakudi and Budalur, Thiruvaiyar. Later, he will conduct a roadshow at Harbour. Meanwhile, the campaigning for the first phase of West Bengal and Assam elections ended on Thursday night. The polling for the first phase of elections in both states will start on Saturday.

The last day of campaigning witnessed high-pitched rallies in Bengal with UP CM Yogi Adityanath, Defence Minister Rajnath Singh going all out against the Mamata Banerjee-led TMC government in the state. Yogi Adityanath said that West Bengal Chief Minister Mamata Banerjee has reduced the state to extreme penury with no intention of developing it but "promoting goons and extortionists". Rajnath Singh on the other hand accused Mamata Banerjee of "taking back Bengal to the 19th century, with no development work undertaken in the past 10 years. He also said the TMC dispensation, just like its predecessor, the Left Front, has wronged the people of the state.

Here are the LIVE Updates from Assembly Elections 2021:

5:00 pm: Unity in diversity is hallmark of our culture, which makes us strong. But two leaders of Congress party, the siblings come to Assam for tourism. Tea leaves haven't fully grown but Priyanka Gandhi is plucking them up for photo session: HM & BJP leader Amit Shah in Karimganj, Assam

4:25 pm: Rahul Gandhi says that Badaruddin Ajmal is the symbol of Assam. If Badaruddin Ajmal & Congress form govt, once again intruders will start intruding & snatch away employment of the youth of Assam: Home Minister & BJP leader Amit Shah in Karimganj.

3:40 pm: Industrial growth has stopped. Only his (PM Narendra Modi's) beard is growing. Sometimes he calls himself Swami Vivekananda & sometimes renames stadiums after his own name. Something is wrong with his brain. It seems his screw is loose: West Bengal CM Mamata Banerjee

3:15 pm: DMK and AMMK candidates from T Nagar assembly constituency campaigned for #TamilNaduElections2021 outside a mosque in Chennai today. They were later dispersed by the Police.

2:40 pm: Badruddin Ajmal is doing 'land jihad'. I give you a guarantee that after 5 years you will not find anyone indulging in 'land jihad' in Assam: Union Home Minister & BJP leader Amit Shah in Morigaon

12:30 pm: Tamil Nadu: Thulam Saravanan, an independent candidate from the Madurai South constituency, says, "I promise a helicopter & car for every house, a three-story house & a trip to the moon. People ask me if all this is possible. I believe it is possible but will cost us a little extra."

12:15 pm: Preparations underway in Dibrugarh ahead of the first phase of #AssamAssemblyPolls tomorrow. 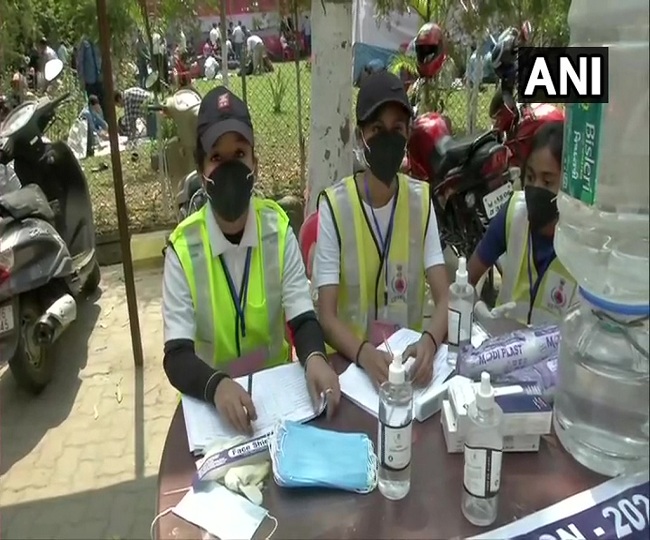 12:00 pm: The BJP manifesto speaks about 'nyay' as it has been made after taking suggestions from the public. We did not make the manifesto sitting in an AC room. People see Modi Ji delivering his promises: Finance Minister and BJP leader Nirmala Sitharaman, in Puducherry

11:45 am: Makkal Needhi Maiam (MNM) chief Kamal Haasan campaigns for #TamilNaduElections2021, in MMDA Colony, Arumbakkam in Chennai. He is campaigning for the party's candidate from Anna Nagar Assembly constituency, V Ponraj who tested positive for #COVID19. 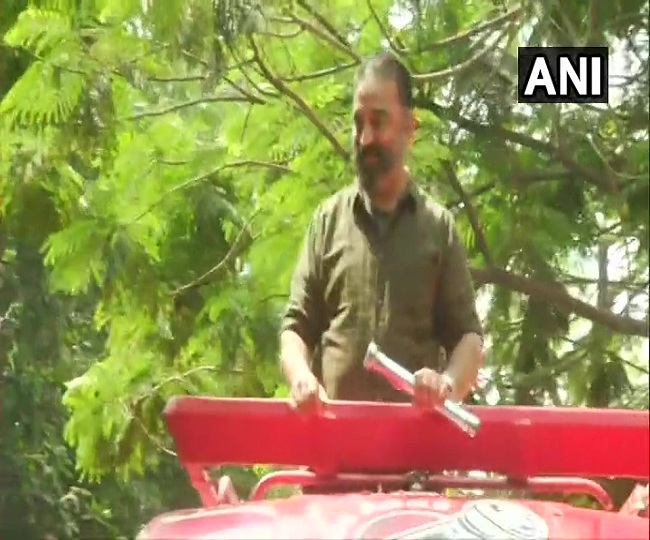 11:25 am: Supreme Court refuses to stay the sale of fresh set of electoral bonds from April 1, ahead of state assembly elections in West Bengal, Tamil Nadu, Kerala, Assam and Union Territory of Puducherry

11:00 am: Security deployment being done in Jorhat ahead of the first phase of #AssamAssemblyPolls tomorrow. 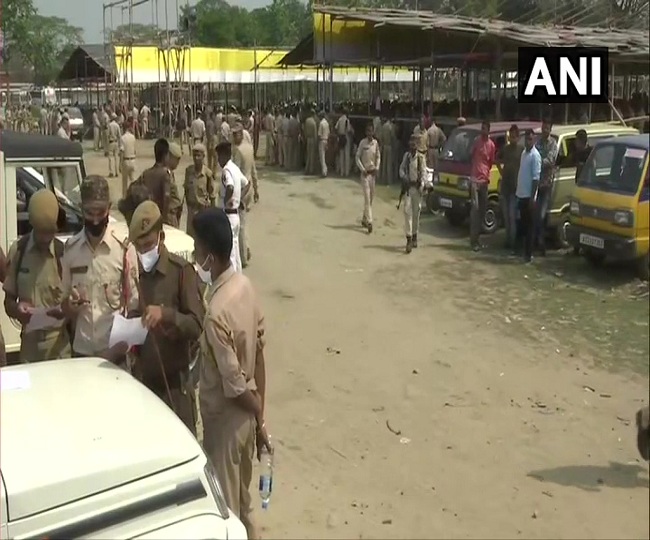 10:25 am: Reprehensible remarks by Sheikh Alam yet again exposes true colours of TMC. Communal polarisation & appeasement have been a strategy of Didi to remain in power. But, this time, Bengal won't let TMC's allegiance to anti-India ideology go unpunished: Union Min Dharmendra Pradhan

10:00 am: Rameswaram: Currently, diesel prices are really high. Fuel is a necessity for us, the party which provides diesel at production cost, without taxes, we have decided to vote for them in the upcoming #TamilNaduElections2021 : NJ Bose of Tamil Nadu Fishermens' Association