Assembly Elections 2021 LIVE: BJP's manifesto will include a promise to implement the CAA, 10 lakh jobs for the youth of the state and direct benefits transfer in women account through the Arunodaya scheme.

New Delhi | Jagran News Desk: BJP chief JP Nadda on Tuesday released the party's poll manifesto for Assam Assembly Elections 2021. In the manifesto, the saffron-party has promised to curb the infiltrations in the state to protect the genuine Indians and Ahom civilisation. The BJP has also promised that 30 lakh deserving families will be paid financial support of Rs 3,000 per month under the Orunodoi Scheme. Elections for the 126-seat Assam assembly are scheduled to take place in three phases from March 27 to April 6. The results will be announced on May 2.

Meanwhile, seizure of cash and kind valued at Rs 231.63 crore has been recovered by various enforcement agencies in poll-bound Tamil Nadu so far, Chief Electoral Officer Satyabrata Sahoo said on Monday. Listing out details of the seizure done by flying squads, static surveillance teams, IT personnel and others, Sahoo said cash constituted Rs 83.99 crore out of the Rs 231 crore recovery. Precious metals, apparently gold, worth Rs 130.51 crore and liquor valued at Rs 1.70 crore have also been seized, he added.

Here are the LIVE updates from Assembly Elections 2021:

3:50 pm: You ask the Parliamentary Board, why are you asking me? We are BJP workers, our target is to form BJP government in the state. That's our highest level of satisfaction. Who becomes CM is not the question: Assam CM & BJP leader Sarbananda Sonowal

3:30 pm: Earlier our PM was mocked by being called 'chaiwala'. Today the same people are selling & plucking tea leaves.The real 'chaiwala' has brought them to tea gardens. But be careful,real&certified 'chaiwala' is with us: Defence Minister Rajnath Singh in Lumding

3:00 pm: When we started 5 years back, we had challenges like corruption, good governance, make Assam extremists & illegal migrants free. Congress has proved to be a failure, what they couldn't do in their 60-year rule, we've done that in 5 years: Assam CM & BJP leader Sarbananda Sonowal 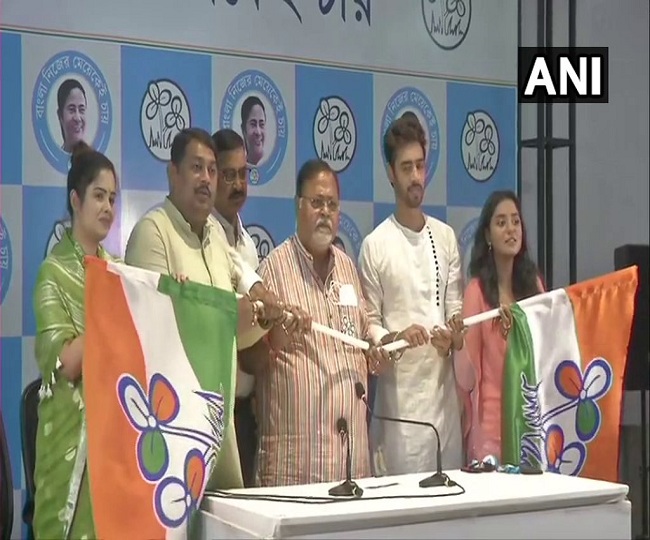 1:50 pm: Tamil Nadu: Viduthalai Chiruthaigal Katchi (VCK) workers campaign by painting the party's symbol on their body in support of their candidate Aloor Shanavas in Nagapattinam constituency. VCK has an alliance with Dravida Munnetra Kazhagam (DMK).

1:30 pm: AIMIM will contest in the #WestBengalElections2021. As far as the number of seats on which the party will contest is concerned, I will speak on that at a public meeting in Sagardighi on 27th March: AIMIM chief Asaduddin Owaisi

1:15 pm: That is what we want to do with Kerala. We don't want to build our organisation at your expense. We want to break the line between our oraganisation & the people of Kerala. We want your voice to come into our system: Congress leader Rahul Gandhi in Kottayam

1:05 pm: We will be instituting Tagore prize on the line of Nobel Prize and Satyajit Ray Award on the line of Oscars to pay tribute to the two sons of Bengal: Union Home Minister Amit Shah in Gosaba

12:50 pm: We've mixed youth with experience. We've made a Congress revolution - maintained our experienced people & injected lots of young people into this system. MLAs who get elected from UDF will have a different mindset, energy, different set of ideas: Rahul Gandhi in Kottayam, Kerala 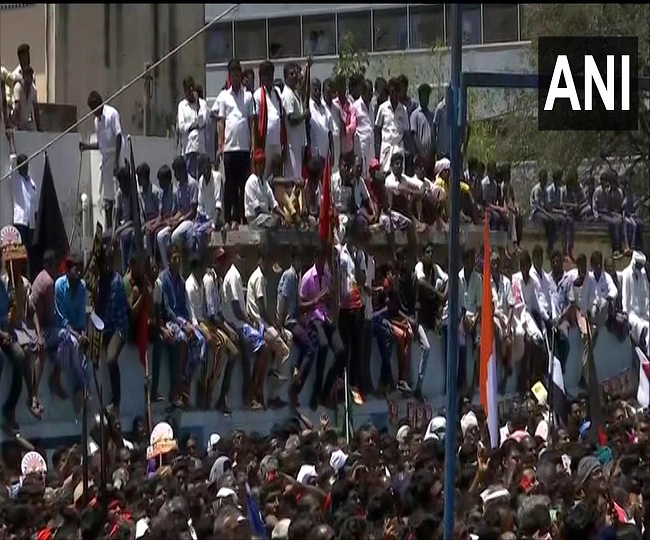 12:20 pm: What happened during the Congress regime? Anarchy, disputes, strikes. Even today it's doing the same. Their alliance with AIUDF & Communists show they want to be part of anarchy in Assam by facilitating infiltration: UP CM & BJP leader Yogi Adityanath in Silchar

11:15 am: Citizenship Amendment Act (CAA) has been passed by the Parliament and it is to be implemented, it will be implemented in letter & spirit: BJP national president JP Nadda.

11:00 am: We will work on a corrected NRC for Assam's protection. We will protect genuine Indian citizens and detect infiltrators to ensure the Ahom civilization stays safe. To protect Assam's political rights, we will speed up the delimitation process: BJP chief JP Nadda

10:52 am: We will build big reservoirs around Bramhaputra to conserve extra water under Bramhaputra vision to save the people from floods. 30 lakh deserving families will be paid financial support of Rs 3,000 per month under Orunodoi Scheme: BJP national president JP Nadda in Guwahati

10:45 am: We have gained momentum of development. We are standing for a big leap. With these aspirations, we have put our words in 10 commitments to the people of Assam: BJP national president JP Nadda

9:45 am: Trinamool Congress (TMC) writes to Election Commission over "harboring of criminals by Suvendu Adhikari in Nandigram". "We request you to immediately intervene & direct necessary steps to be taken by police," reads the letter.

9:00 am: BJP to release its manifesto for Assam Assembly Elections 2021 today. The manifesto will be released by party chief JP Nadda.

8:30 am: A deputy tehsildar level officer who was deputed on election duty has been suspended for approving five voter IDs for a person in Kasargod, said State Chief Electoral Officer TR Meena on Monday.

8:00 am: The BJP on Monday released its manifesto for the assembly polls in Tamil Nadu and promised to create 50 lakh new employment opportunities, provide fishermen assistance of Rs 6000 per year and a separate budget for agriculture.