“We hugged and cried a lot”: Suresh Raina opens up about planned retirement with MS Dhoni

In a tell-all interview with Dainik Jagran, Raina revealed how they planned their retirement and cried together after the announcement

New Delhi | Jagran News Desk: On 15 August, millions of cricket fans across the world were in for a shock when cricketing legend Mahendra Singh Dhoni announced his retirement from international cricket. Withing minutes of Dhoni's announcement, another ace cricketer and a close friend of Dhoni, Suresh Raina also called it quits from the international format of the game.

While Raina wore the Indian jersey in 18 Tests, 226 ODIs and 78 T20Is in an international career spanning 13 years, Dhoni will go down as one of the finest to have played the game for India, representing the country in a whopping 350 ODIs, 90 Tests and 98 T20 Internationals. In a tell-all interview with Dainik Jagran, Raina revealed how they planned their retirement and cried together after the announcement.

"After announcing our retirement, we hugged and cried a lot. I, Piyush, Ambati Rayudu, Kedar Jadhav and Karn sat together after that, talked about our careers and our relationship. We partied during the night.” he said.

He also said that they had already made up our minds to retire on Saturday (August 15). "Dhoni’s jersey number is 7 and mine is 3 – put it together and it makes 73. And on August 15, India completed 73 years of independence, so there couldn’t have been a better day,” Raina told Dainik Jagran. 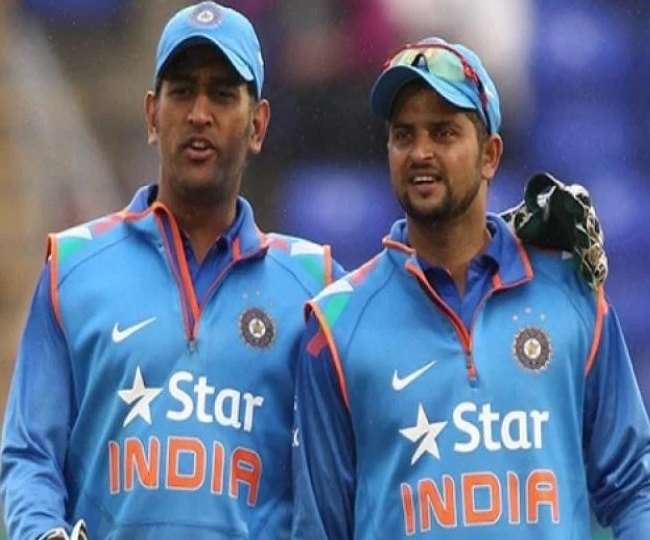 Also Read
'Planning To Return To Nepal As Soon As Possible': Sandeep Lamichhane On..

Reminiscing how both of them began their career, Raina said, “Dhoni began his career on 23 December 2004 against Bangladesh in Chittagong (now Chattogram), while I made my debut on 30 July 2005 against Sri Lanka in 2005. Both of us almost began together in international cricket, remained together at CSK, and so we now retired together and will continue to play in IPL together.”