IPL 2021 to begin from April 9, final on May 30 in Ahmedabad | Check complete schedule here

IPL 2021 will begin from April 9 and the last game of the cash-rich tournament will be played at the Narendra Modi Cricket Stadium on May 30.

New Delhi | Jagran Sports Desk: The Board of Cricket Control in India (BCCI) on Sunday announced the complete schedule of the 14th season of the Indian Premier League (IPL) and said that the tournament will be held across six cities -- Ahmedabad, Bengaluru, Chennai, Delhi, Mumbai and Kolkata -- biosecure bubble.

In a press release, the BCCI said that the first game of the cash-rich league will be played between defending champions Mumbai Indians and Royal Challengers Bangalore in Chennai while the final will be held on May 30 at the Narendra Modi Stadium in Ahmedabad.

"Out of the 56 league matches, Chennai, Mumbai, Kolkata and Bengaluru will host 10 matches each while Ahmedabad and Delhi will host 8 matches each. One of the highlights of this edition of the VIVO IPL will be the fact that all matches will be played at neutral venues, no team will play at their home venue. All teams will play at 4 out of 6 venues during the league stage," the BCCI release said.

Following is the complete schedule of the IPL 2021: 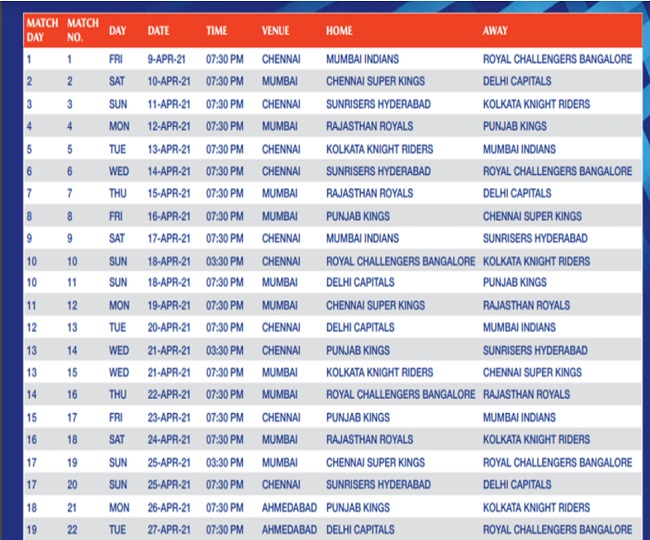 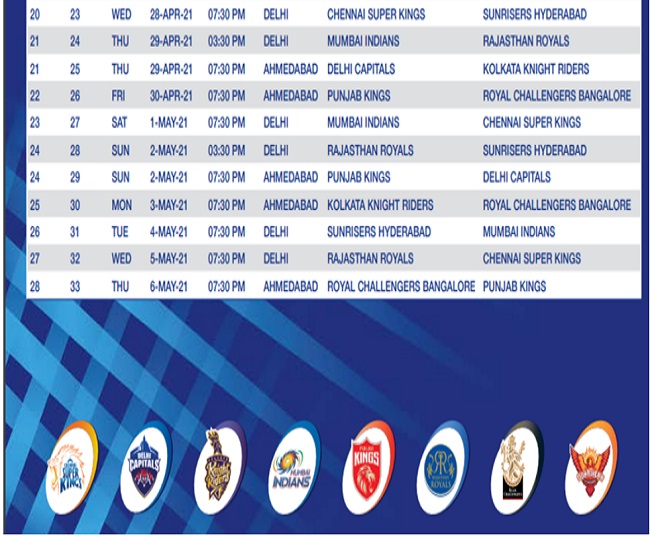 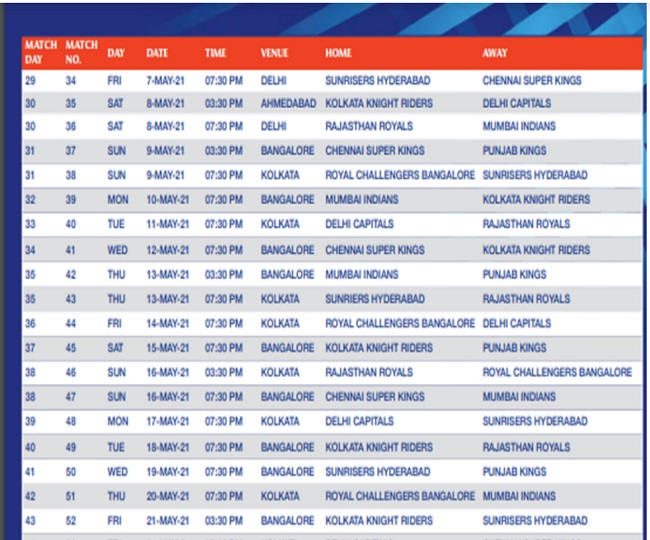 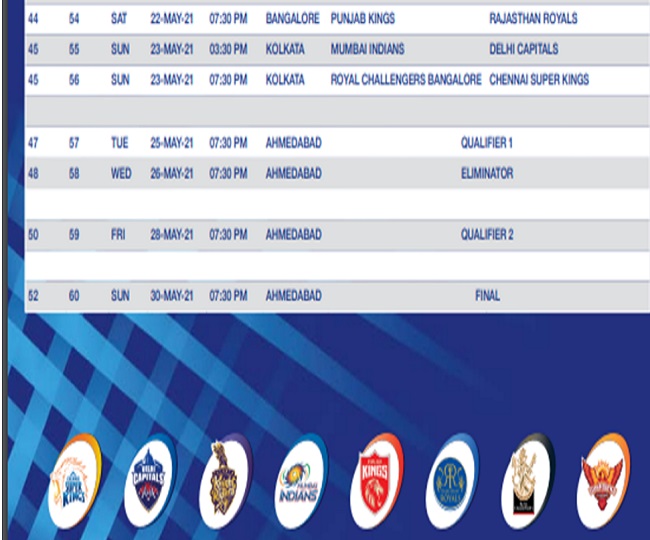 Last year, the IPL was held in the United Arab Emirates (UAE) from October to November due to the COVID-19 pandemic. However, BCCI president Sourav Ganguly in November last year confirmed that the 14th season of the tournament will be held in India.

"Yeah, absolutely. April, May we’ll have another one (referring to IPL 2021). No, no it (the speculations) is not true. The UAE was only for the IPL. Yeah, yeah. We will host England in India. We will host domestic cricket in India. Ranji Trophy, we will crease bio bubble and we will do it," Ganguly had said.