IPL 2020 Points Table: Rajasthan Royals now have six wins from 13 games and they are at the fifth position on the points table of the tournament.

New Delhi | Jagran Sports Desk: Steve Smith's Rajasthan Royals on Friday boosted their chances to qualify for the playoffs of IPL 2020 and moved to the fifth position of the points table after registering a thumping seven-wicket win over Kings XI Punjab.

Rajasthan Royals now have six wins from 13 games and they are at the fifth position on the points table. The Kings XI Punjab, on the other hand, continue to hold the fourth position with 12 points. Mumbai Indians, which has qualified for the playoffs, is at the top of the points table with 16 points. The second and third positions are held by Royal Challengers Bangalore and Delhi Capitals with 14 points each.

Kolkata Knight Riders and Sunrisers Hyderabad have also a chance to qualify for the playoffs as the two teams have 12 and 10 points respectively. Meanwhile, Chennai Super Kings is the only team in the tournament which out of the race of qualifying for the playoffs. 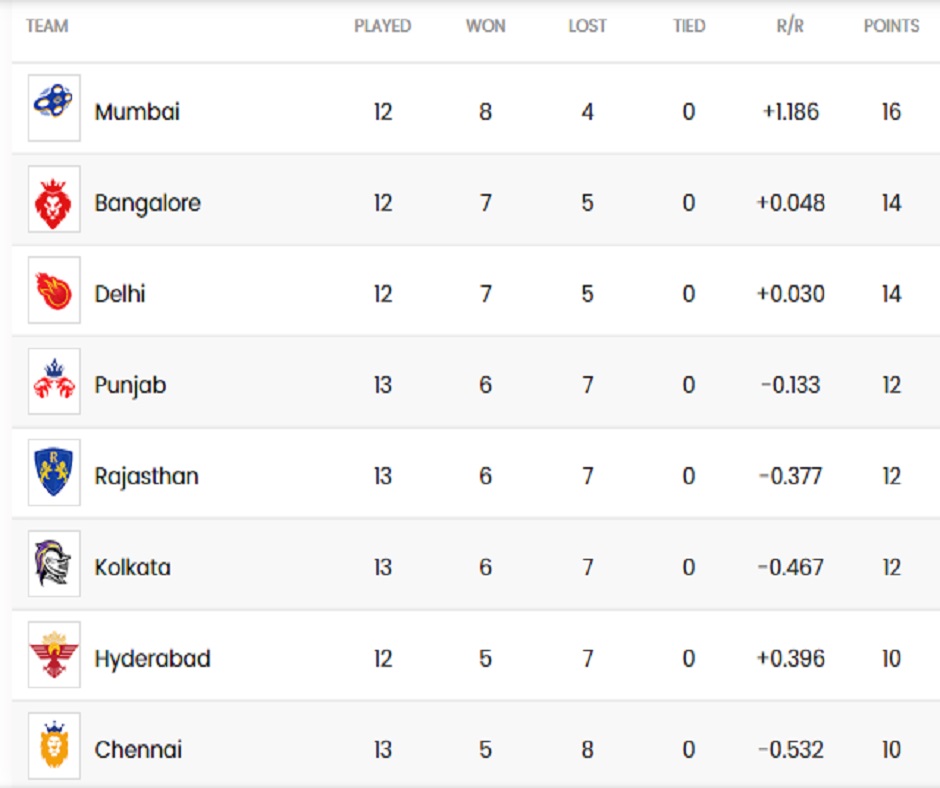 The skippers of Sunrisers Hyderabad and Royal Challengers Bangalore, David Warner and Virat Kohli, are at the third and fourth position in terms of highest run-getters in the tournament. The two have scored 436 and 424 runs respectively. Meanwhile, another RCBian, Devdutt Padikkal, holds the fifth spot with 417 runs.