IPL 2020: After registering a huge win over Kings XI Punjab, Mumbai Indians have moved to the top position of the IPL 2020 points table.

New Delhi | Jagran Sports Desk: With a 48-run victory over KL Rahul's Kings XI Punjab, Rohit Sharma-led Mumbai Indians on Thursday moved to the top spot of the points table of the Indian Premier League (IPL) 2020. Mumbai now has four points with a net run rate of +1.094 and is sitting at the top position of the points table comfortably. 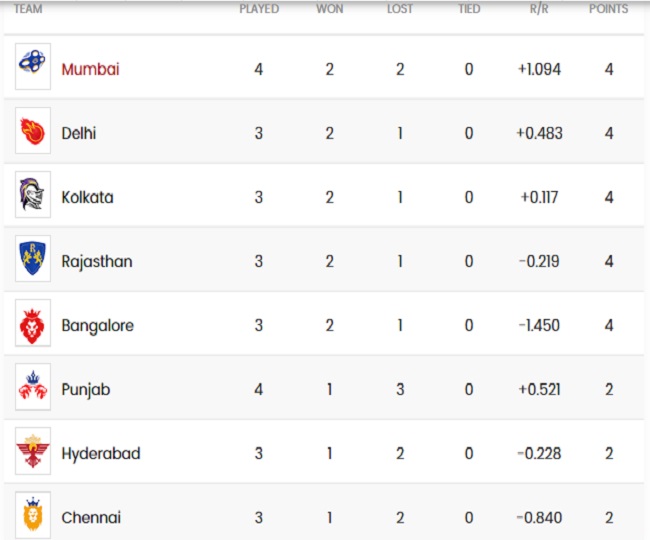 What about the Orange cap holder in IPL 2020?

What about the Purple cap holder in IPL 2020?

Mohammed Shami of Kings XI Punjab holds the Purple cap of IPL 2020 with 8 wickets. He is followed by Delhi Capitals' Kagiso Rabada who has taken 7 wickets in the tournament so far. Meanwhile, Rahul Chahar, Sheldon Cottrell and Trent Boult have taken 6 wickets each. Sam Curran, Yuzvendra Chahal, James Pattinson and Jasprit Bumrah have got 5 wickets each so far while Rashid Khan has dismissed 4 batsmen in the IPL 2020.