IPL 2020 Points Table: The Kings XI Punjab have kept their hopes alive for qualifying for the playoffs by beating Mumbai Indians on Sunday.

New Delhi | Jagran Sports Desk: In what was one of the most thrilling contest, Kings XI Punjab on Sunday defeated Mumbai Indians in second Super Over of the game to keep their hopes for qualifying for the playoffs alive. With this win, the Kings XI Punjab have moved to the sixth position in the points table with six points.

The top spot has been grabbed by Delhi Capitals who have 14 points and a net run rate of +0.921. Mumbai Indians and Royal Challengers Bangalore are at the second and third spot respectively. Kolkata Knight Riders, meanwhile, are the fourth position with 10 points. Chennai Super Kings and Rajasthan Royals are at the seventh and eighth position respectively with six points each. 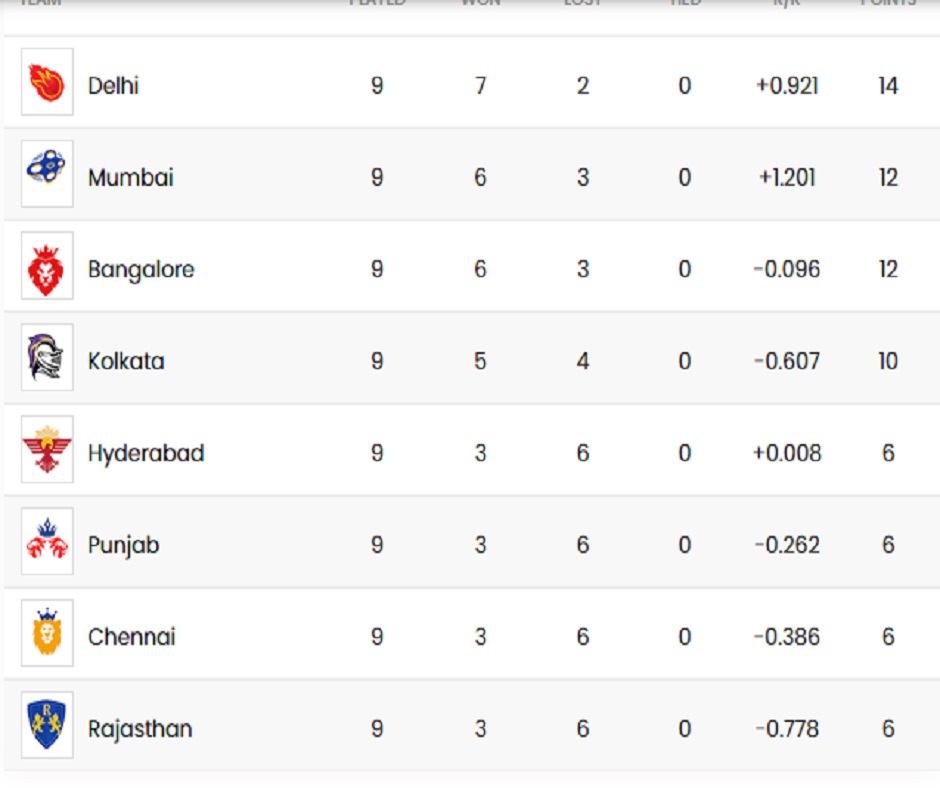 Kings XI Punjab skipper KL Rahul holds the orange cap with 525 runs at an average of 75. He is followed by his teammate Mayank Agarwal who has scored 393 runs in the tournament so far. Chennai Super Kings' Faf du Plessis holds the third place in terms of highest run-getters in the tournament with 365 runs while Shikhar Dhawan of Delhi Capitals holds the fourth position with 359 runs. Royal Challengers Bangalore skipper Virat Kohli holds the fifth place with 347 runs.