New Delhi | Jagran Sports Desk: Steve Smith-led Rajasthan Royals victory march ended on Tuesday after the team was handed a defeat by Kolkata Knight Riders in the match 12 of Indian Premier League at Dubai international cricket stadium on Wednesday. Registering its second victory in the tournament, Kolkata side climbed five spots to gain number two position on IPL points table. Rajasthan side, on the other hand,  climbed down to third position in the IPL points table while Delhi Capitals gained the top spot. Like RR, Delhi has also won two out of three games but the squad is ahead of Rajasthan in net runrate.

Have a look at the IPL points table 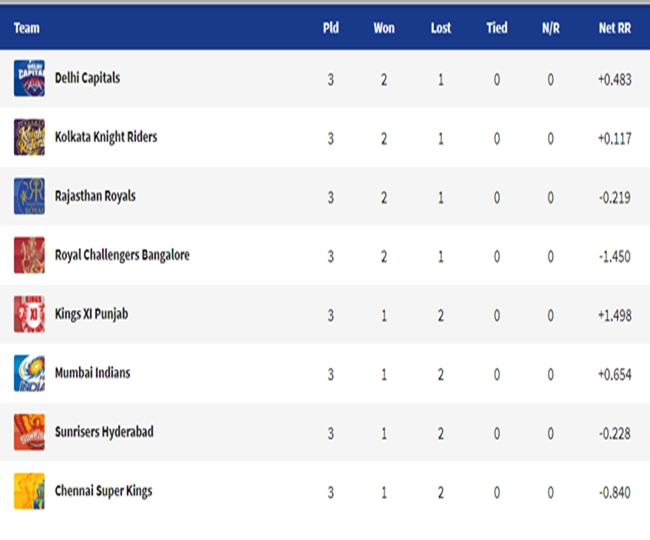 Kings XI Punjab is set to clash with Mumbai Indians in the game 13 of the Indian Premier League at Shiekh Zayed Stadium, Abu Dhabi 7.30 PM IST on Thursday, October 1. The thirteenth edition of the Indian Premier League began in the United Arab Emirates on September, after a six month delay amid the threat posed by the covid pandemic and the subsequent unavailability of the players.

Also Read
IPL 2020: Here’s how Kolkata Knight Riders can still qualify for the..