New Delhi | Jagran Sports Desk: Delhi Capitals registered a six-wicket win against Royal Challengers Bangalore in their last league match of Indian Premier League at Zayed stadium in Abu Dhabi. Notably, bo the teams have made it to the qualifiers. With Mumbai Indians already on top of the points table, fate of the fourth team will be decided after Sunrisers Hyderabad vs Mumbai Indians match on Tuesday. The Shreyas Iyer-led side finished with 16 points as second placed team in the IPL points table while RCB is on third spot with 14 points. The first playoff will now be played between table-toppers Mumbai Indians and Delhi Capitals on 5th November. Currently, Kolkata Knight Riders is on fourth spot  with 14 Points  and net run rate of -0.214. KKR can only qualify if SRH loses to Mumbai Indians now. In case SRH beat MI, they will go through or Kolkata Knight Riders will qualify for the playoffs. 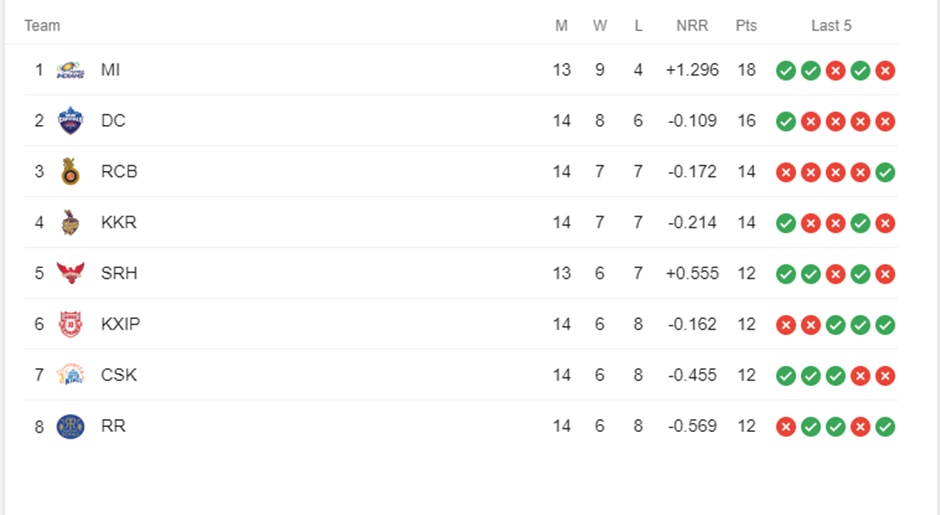