India vs England 2021: Ravindra Jadeja undergoes scan on injured knee. Will he play The Oval Test?

India vs England 2021: Ravindra Jadeja's injury could be a cause of concern for the Indian team ahead of the fourth Test that will be played at The Oval in London.

Headingley (England) | Jagran Sports Desk: Indian all-rounder Ravindra Jadeja was on Saturday taken to hospital in Leeds for scans after he suffered a knee injury during India's third Test against England at Headingley. The 32-year-old also posted a picture of himself on his social media from the hospital, wearing hospital apparel.

"Not a good place to be at," Jadeja wrote in the caption. 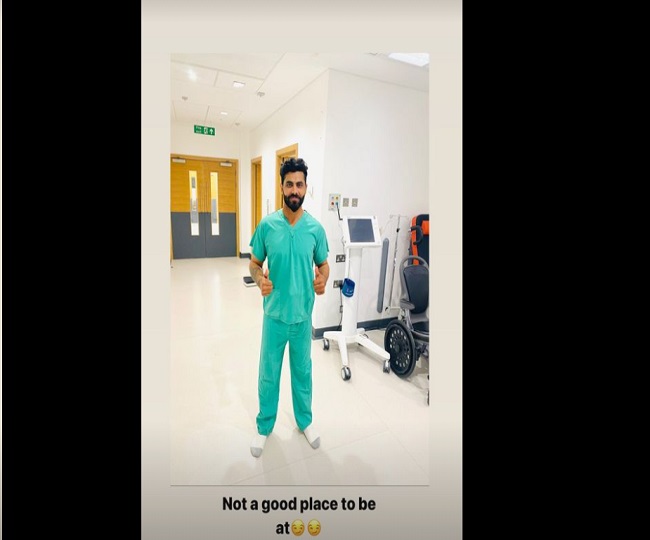 Jadeja's injury could be a cause of concern for the Indian team ahead of the fourth Test that will be played at The Oval in London. However, the team management is not worried as of now and seems like that the star all-rounder will unlikely miss the next Test.

Sources, quoted by news agency ANI, have said that Jadeja's injury is not "very serious" and he was taken to the hospital for a "precautionary" check-up. "Not anything major, he hurt his knee while fielding, so just got scans done to check on it. He is fine," ANI quoted sources as saying.

Talking about the Leeds Test, India lost the game on Saturday by an innings and 76 runs. Despite a heroic 91 from Cheteshwar Pujara and fighting fifties from skipper Virat Kohli and opener Rohit Sharma, India were bowled out for 278 in their second innings, losing the match in just four days.

England's Ollie Robinson was adjudged as the man of the match for his five-wicket haul in the second innings.

Following the match, skipper Kohli said, "we analyse ourselves as a team in terms of what situations we are putting ourselves in, not with numbers. That happens on the outside, whether we are helping the team to build partnerships or putting the team in a good position is our only focus and there is no connection between the focus on the outside and the focus within the group".