New Delhi | Jagran Sports Desk: Virat Kohli's Men in Blue will meet Babar Azam's Men in Green in ICC T20I World Cup in October this year, as India and Pakistan have been placed in the same group for the tournament. The ICC T20I World Cup is scheduled to take place in the United Arab Emirates (UAE) and Oman between October 17 and November 14.

According to the groupings revealed by the International Cricket Council (ICC) on Friday, India and Pakistan will be joined by Afghanistan and New Zealand in Group two. Meanwhile, England, Australia, South Africa and the West Indies are placed in Group one.

The ICC acting CEO, Geoff Allardice, unveiled the draws in Oman's capital Muscat hours after the BCCI top functionaries — Sourav Ganguly and Jay Shah — reached Oman. The Indian cricket board continues to hold the hosting rights of the T-20 World Cup but given the risks posed by the Coronavirus pandemic in India, the BCCI switched the venue from India to Oman and the UAE last month.

Here are the complete groupings of the teams in the T-20 World Cup: 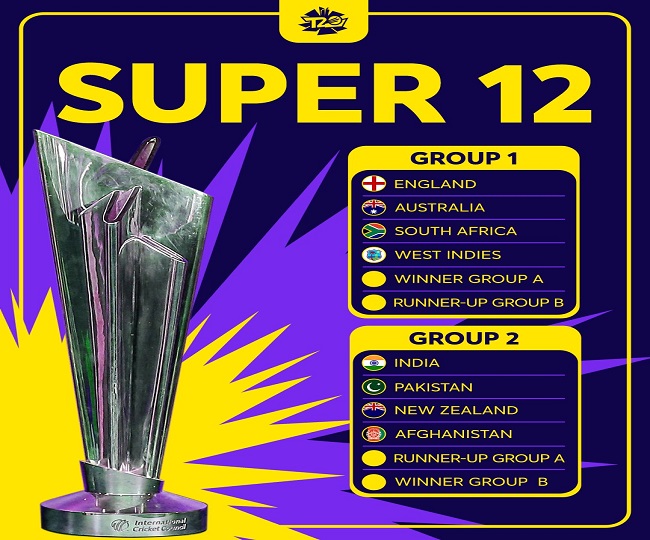 “There is nothing that separates the two groups as both are packed with sides that are highly competitive in the shortest format of the game. Having said that, the exciting T20 format is known for its surprises, and we must be prepared for the same. I am sure we will witness some exciting and nail-biting games,” BCCI secretary Jay Shah said in an official statement.

India vs Pakistan: Head-to-head in World Cups so far

India also enjoys a 5-0 superiority against Pakistan in the T20I World Cup. The last T20I match played between the two teams was in 2016 at Eden Gardens, Kolkata during T20 World Cup. India defeated Pakistan in that match by 6 wickets.

India and Pakistan: A look at the recent performances

Team India enjoys a strong record against all three of their confirmed group opponents, Pakistan, Afghanistan and New Zealand. The Men in Blue have never lost to Afghanistan and have been defeated just once in a T20I against Pakistan, winning the last four meetings with the arch-rivals.

As for recent team performance, Virat Kohli’s side won 5-0 in the most recent T20 series against New Zealand.

Pakistan on the other hand, lost their most recent T20 series against New Zealand, losing both the matches in Auckland and Hamilton.