Bengaluru-based EcoCollab was declared the winner of 16-week FLO accelerator program, during ‘Women in Business and Investments’ symposium organised in New Delhi on March 21.

New Delhi | Mukul Sharma: Indian Start-ups have claimed the space to become country’s economic assets with scope for a bright future led by none other than its women entrepreneurs. The country at present has over 61,000 start-ups and 81 unicorns, one of the highest in the world. At ‘Women in Business and Investments’ symposium organised by Federation of Indian Chambers of Commerce and Industry Ladies Organisation (FLO) in New Delhi on Monday, NITI Aayog CEO Amitabh Kant said that women-owned businesses will be the next big disruption within the Indian start-up ecosystem.

"Indian start-ups are disrupting the world especially in new emerging areas of health, nutrition and agriculture. Women owned businesses and the enterprises are playing a very prominent role in society and will soon be the next big disruption within the Indian start-up ecosystem with the Women Entrepreneurship Platform (WEP) the digital platform being the biggest enabler,” Amitabh Kant said on Monday.

“Presently venture capital (VC) and private equity firms are supporting Women start-ups. This will help to frame strategies and suggest appropriate measures to facilitate healthy growth of startups and will help promote women entrepreneurship. Today, there is a growing movement among investors and VCs to recognise and support women-led startups” Amitabh Kant said. 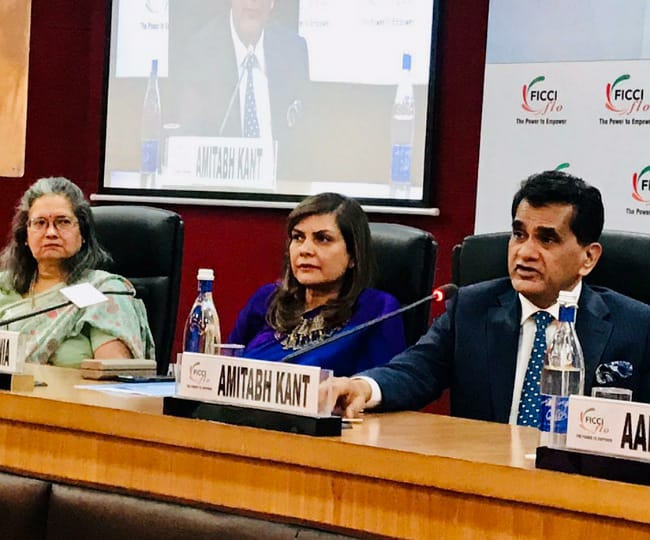 “To all the women entrepreneurs including potential entrepreneurs, my advice will be: the world is looking at India very favourably. Today, India is a compelling growth story poised for rapid growth in consumption, urbanisation, digitisation along with rising income levels,” he added further.

Dr Aarti Gupta, National head, FLO start-up initiative, said that the FICCI Ladies Organisation (FLO) ‘recognises the need for promoting and marketing the startups’, for which ‘FLO Startup Stories’ initiative, which promotes the FLOpreneurs (as they are called) was launched. 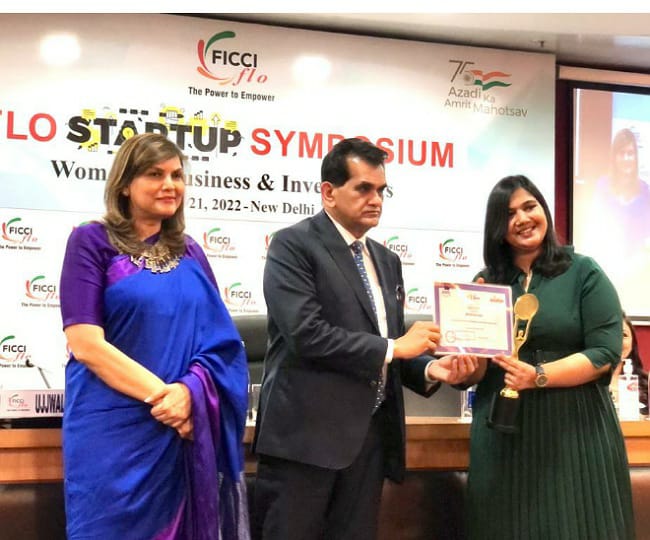 As part of FLO accelerator program, a total of 20 startups were shortlisted out of hundreds of the applications that FLO reportedly received. The FLO then had the shortlisted startups to pitch to the angel investors and venture capitalists for funding. After going through 16-weeks of rigorous heat to prove its mettle, EcoCollab, a one-stop platform for 'sustainable buildings' which aims to simplify sustainability with its use of climate responsive designs in the making of sustainable buildings at conventional pricing, emerged as winner.  EcoCollab method reportedly works for all building typologies. The startup received a $5000 AWS gift card and a trophy.

Speaking with Jagran English after winning the much sought-after FICCI trophy, EcoCollab co-founder Anamika Garg, while acknowledging FICCI’s role in building on to the entrepreneurial knowledge-base of women-led startups, said: “Most of us bootstrap startups in the beginning don’t know how to deal with our investors. We get a chance to pitch to investors, but are unsure how much equity should we give them. What should be the realistic ask and how do you valuate your company.”

“There is a lot of learning that we needed to do, and FICCI helped us with that,” Anamika added further.

When asked about what she would suggest to other start-up co-founders preparing their pitch for funding, Anamika said, “I think if you have an idea, you have to make it your big fat dream and you must go for it. You can’t keep thinking it can’t happen. Maybe it will fail. But somewhere you have to grab that opportunity and try to see where it goes. If it works, it works and it works in a big way. Also, meanwhile, have some faith. Don’t be too hard on yourself.”